The history of Rupees 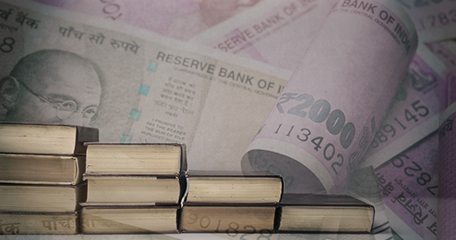 The Indian rupee (INR) is the national currency of India. The currency is issued and controlled by the Reserve Bank of India. It can be used in a variety of banknotes; 2, 5, 10, 20, 50, 100, 200, 500, 2000. One rupee consists of one hundred paises. Even though it is an Indian currency, it is officially used in a couple of other countries, Nepal and Bhutan. Unofficially, it is used in Zimbabwe. The India rupee has a rich history and has gone through a variety of changes before becoming the currency that it is today.

In the 1800s, the rupee was a silver coin. Due to the rising popularity of gold in the 19th century, the Indian currency was devalued. Despite this and the fact that the British controlled India for a while, the rupee survived and continued to be used as the country’s currency. The British government wanted to replace the rupee with its official currency sterling but was not able to do so. In the meantime, several other currencies were introduced as the official currencies of India. However, India gained back its independence in 1947. A decade later, India started using a decimal currency system in which a rupee would consist of 100 paises. From then on, the India rupee has had the form it has today.

In India, the ‘Public gambling act’ is a law that prohibits running or being in charge of a public gambling house. Also, this act prohibits visiting gambling houses. Indian casinos cannot promote or have sites that promote online gambling games. However, it is not illegal for non-Indian casino companies to have sites that Indian players can use. When it comes to online gaming, the only condition is that the casino offers INR as an accepted currency which is great news because there is a solid number of casinos that fit this criterion.

In Bhutan, which also uses INR as a currency, all forms of gambling except for lottery are prohibited. There are no laws regarding online gaming and not a lot of Bhutan residents have internet access. Since no laws are regulated, players from Bhutan could engage in online gaming but they are not protected by the government and therefore there is no one to turn to in case a casino treats them unfairly.

Nepal does not have any gambling laws defined so technically it is not prohibited to use the services of casinos. The main concern residents of Nepal have is choosing online casinos and other types of gambling sites that are reliable when it comes to making withdrawals when they are requested. If a casino decides not to enable the withdrawal, the players would not have any means of standing up for themselves.