The history of the South African Rand

In the 1950’s, it was suggested to change the existing currency, the South African pound, and switch it to the decimal system, to step away from pounds, shillings and pence.

The Rand was introduced in 1961. The name ‘rand’ comes from the word ‘witwatersrand’ which means ‘white water’s ridge’ in English. ‘Rand’ is the Dutch and Afrikaans word for ‘ridge’. It refers to the ridge upon which Johannesburg, the capital of South Africa, is built and where most of South Africa’s gold deposits were found.

The value of the currency is vastly influenced by the current situation in the country. High rates of poverty, crime, political unrest, and unemployment have negatively affected the country and the value of its currency. 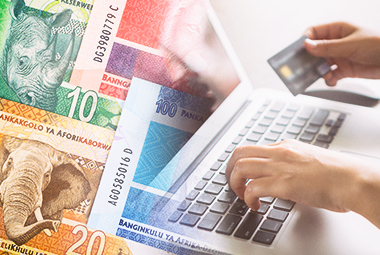 Residents of South Africa and the currency users really have a great range of payment options to review and pick. Several options may be used for both deposits and withdrawals. Here are some of the most popular options for both kinds of transactions.

It appears that gambling is a very complicated thing in South Africa. Sports betting and horse racing are allowed online but other forms of gambling are not. In order to govern and regulate gambling activity and the licenses across South Africa’s 9 provinces, South Africa has created the National Gambling Board.

All provincial boards have their own legislation. However, they are still governed by the National gambling act of 2004. The most noticeable clause is that interactive gaming/online gambling is considered illegal in South Africa.

Licenses are given by the gaming boards of all nine provinces. A single license allows you to provide services all over the country. This means that companies don't have to go through the process of getting licenses in every individual province. The licensing process is strict and designed to ensure legitimacy as much as possible.

Player protection is on a high level for those who participate in legalized, regulated gambling. If you participate in illegal gambling, the government might punish you. The complaints are taken seriously so in case you have a valid complaint or issue, you will probably be assisted. Find licensed, verified casinos and you are good to go.