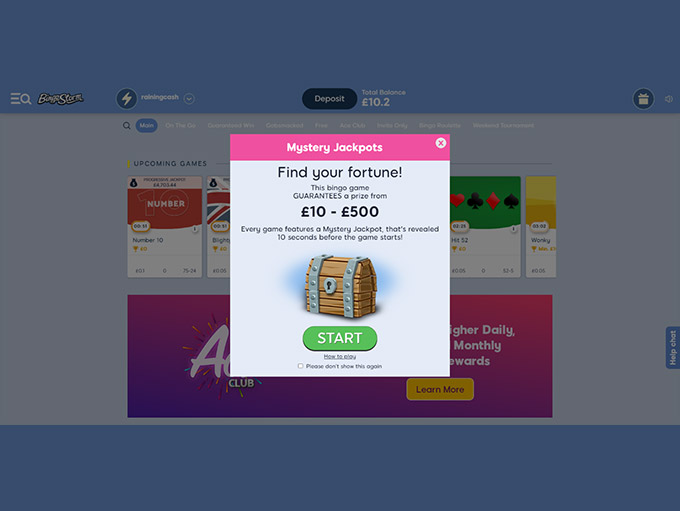 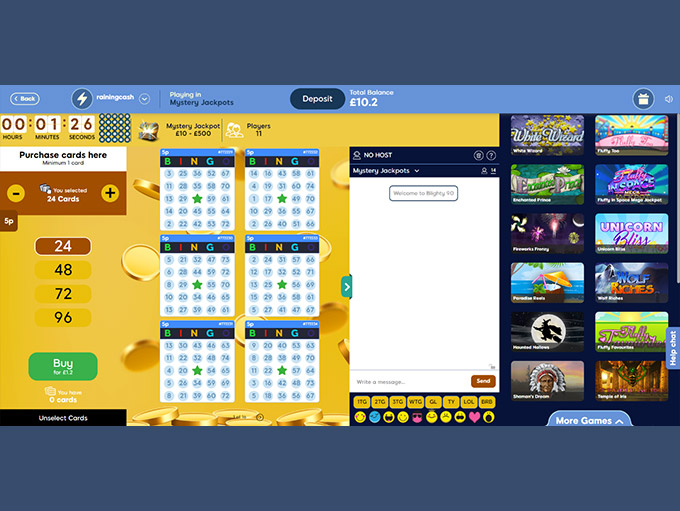 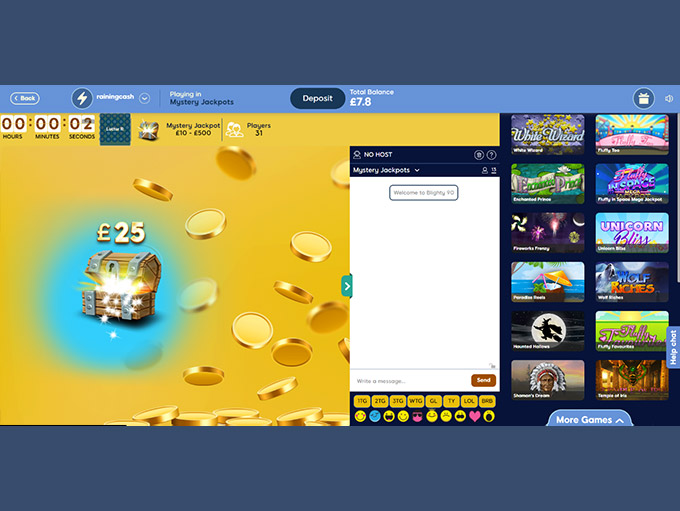 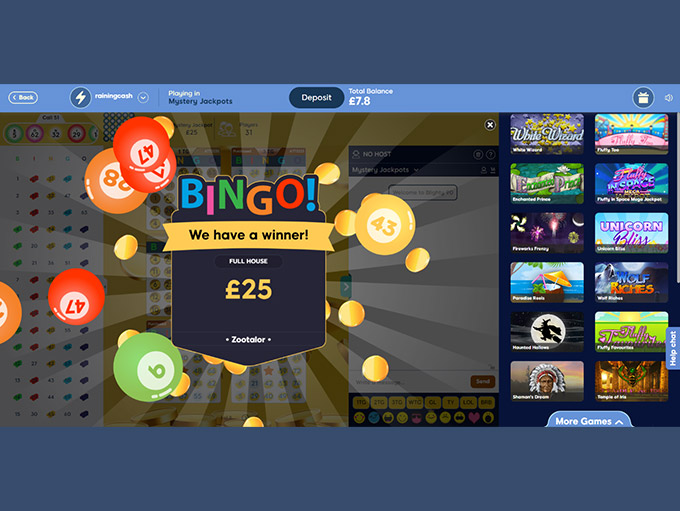 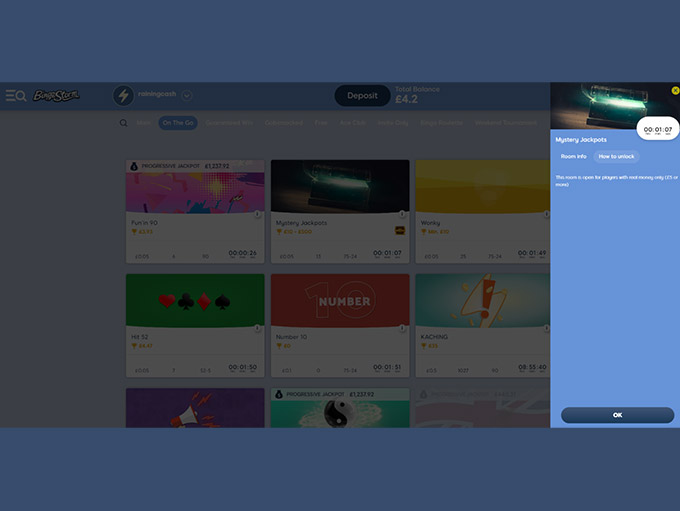 Mystery Jackpots Bingo is a thrilling bingo variant with a surprise twist in every game. Styled on a classic 75-ball bingo game, there is just one prize per game; however, that prize is guaranteed to be real money with no wagering requirements.

Who’d have thought a treasure chest and a surprise sum of money could be so much fun, but it can and it is! Playable from just 5p, Mystery Jackpots Bingo is available to play at all Dragonfish-powered bingo sites.

The bright and user-friendly bingo room comes complete with a chat feature and plenty of side games. From PariPlay’s Wolf’s Riches to Eyecon’s White Wizard, the scores of titles all have two things in common – exciting bonus rounds and additional chances to win!

How Do You Play Mystery Jackpots Bingo?

First of all, to access the Mystery Jackpots bingo room you will need to have a real money balance of £5 or more, this is despite bingo tickets costing a maximum of 10p each. If you have a balance of less than a fiver, a pop-up will appear alerting you as to why you cannot enter. We foolishly purchased tickets into the game and left the room with a balance of £4.20p and were refused access on our return. That being said, winnings were credited and we were soon able to re-enter the room.

Like all bingo games, tickets give you chances to win, but without them you cannot take part. Pre-selection buttons range from 24 tickets to the maximum of 96. Playing the maximum number of tickets at 5p per ticket would cost you £4.65p, playing max tickets on 10p stakes will cost £9.60p per game.

If you prefer a number of tickets that are not displayed, you can use the plus and minus arrows until you get to a number you require. There are no settings in the room to adjust sounds, nor can you customise dabbers.

As a 75-ball bingo game, players can enjoy a mix of patterned and coverall specials. How you can win will be shown to the top left of the screen next to the treasure chest. Once ticket sales have closed a pop-up treasure chest will appear on screen. The lid will lift open to reveal the prize for the next game. To win, be the first player to either match the pattern shown or mark off all numbers on a single ticket.

What Prizes Can You Win with Mystery Jackpots Bingo?

Mystery Jackpots Bingo has real money prizes ranging from £10 all the way up to £500. There’s no schedule for when the bigger prizes can come and each game is different. Whether you play at 5p a ticket or the maximum of 10p per ticket, the treasure chest is completely random. Player numbers don’t influence the prize pots either, contrary to popular belief. The big £500 prizes have appeared when tickets have been 5p with no fewer than 10 people in the room!

We noticed that you just claimed a bonus from Glorious Bingo ?

We noticed that you just claimed a bonus from Spectra Bingo ?

We noticed that you just claimed a bonus from Spectra Bingo ?

We noticed that you just claimed a bonus from 888 Ladies Bingo ?

Up to £100
Cashback Bonus
No Wagering Requirements
Up to £100 cashback bonus monthly.
claim note
T&C's Apply

Most popular games from Dragonfish