Bitcoin represents the very first cryptocurrency created in January 2009, although the concept called cryptocurrency was described in 1998 by Wei Dai. Since it was introduced to us, this decentralized digital currency has gone through many ups and downs, but it does stabilize.

But, what is actually a cryptocurrency?

For those who might not know, or maybe don't know how to define it or explain it to someone, cryptocurrency, or virtual currency, is a type of digital currency that a central bank does not control. Instead, this currency is stored in and transacted digitally through designated software, applications, and networks.

Bitcoin has grown remarkably fast as the most popular cryptocurrency, with millions of dollars exchanged daily. As a result, online stores and eCommerce businesses are more likely to accept BTC for payment.

When it comes to its creation, although no one can confirm with certainty who developed Bitcoin, the name Satoshi Nakamoto is associated with the person or a group of people who are believed to have released the original Bitcoin white paper in 2008 and then designed the original software that was released a year later.

Even though many want to believe that one genius could create something like this by himself, it turns out scientific discoveries are always built on previously existing research. Therefore, some predecessors to Bitcoin include Adam Back’s Hashcash, Wei Dai’s b-money, Nick Szabo’s bit-gold, and Hal Finney’s Reusable Proof of Work. Expectedly, the individuals mentioned above have also been suspected of having something to do with constructing this cryptocurrency. 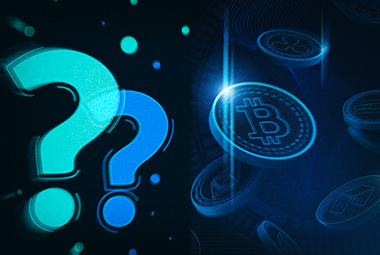 Each cryptocurrency is a decentralized peer-to-peer network with no one entity that controls it. A public ledger known as the blockchain verifies people's transactions and records every transaction. All transactions are protected utilizing a digital signature that matches the user's address.

Since this is an excellent payment option for online casino gaming as well, more and more players opt for making their deposits with bitcoins.

The first step is to set up a digital wallet and then choose a bingo site that accepts Bitcoin payment methods. Click on the virtual cashier, choose the Bitcoin option, and you’ll then receive a wallet address for the site. This address should be entered into your digital wallet, and then you need to authorize the transfer of funds to the site. A couple of minutes later, the funds will be seen in your account.

When it comes to withdrawals, similar steps should be followed. Note that you MUST double-check your address since once the bingo site sends the Bitcoin, there’s no turning back.

The United Kingdom accepts Bitcoin as a store of value but imposes several restrictions on cryptocurrency gambling.

Pros and Cons of Using Bitcoin at Online Casinos

As with any currency, there are both pros and cons to using bitcoin as well.

First, one of the most appealing benefits of using bitcoin to fund your accounts is that most bitcoin casinos do not charge fees upon transactions. Secondly, there is no personal information required when entering transacting.

Lastly, the transactions are instant, meaning that you no longer have to worry about long processing times.

On the minus side, the value of this currency fluctuates drastically, and its volatile aspect is not likely to change any time soon.

Does using crypto limit my game choice at casinos?

Although only several software providers are bitcoin-friendly, including Bgaming, Booming Games, BetSoft, iSoftBet, and Vivo Gaming for live dealers, hopefully, with the increasing popularity of cryptocurrencies, this number will get higher soon.