Deal or No Deal 75 Ball Bingo 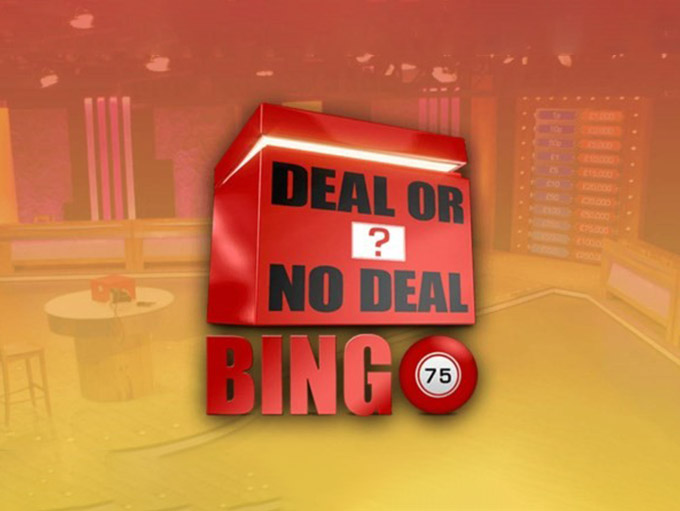 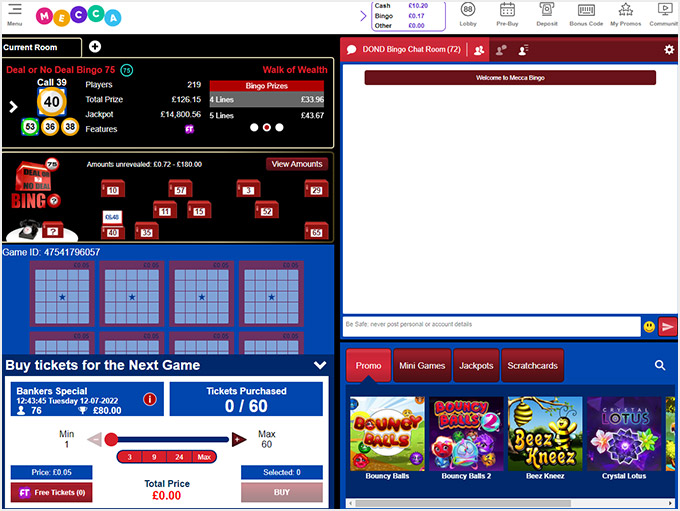 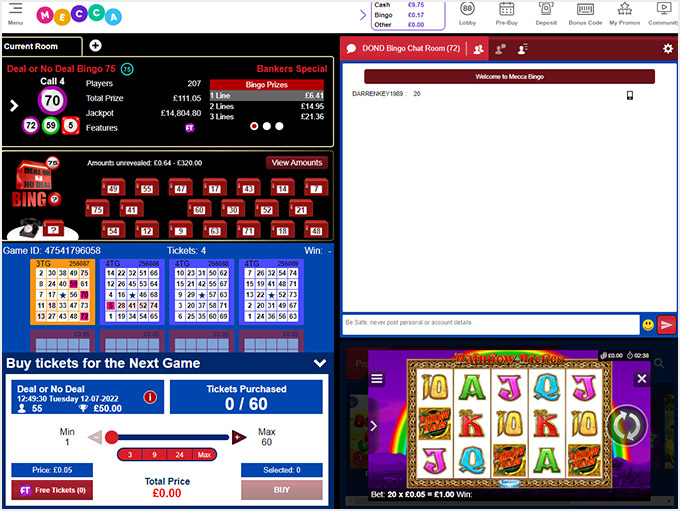 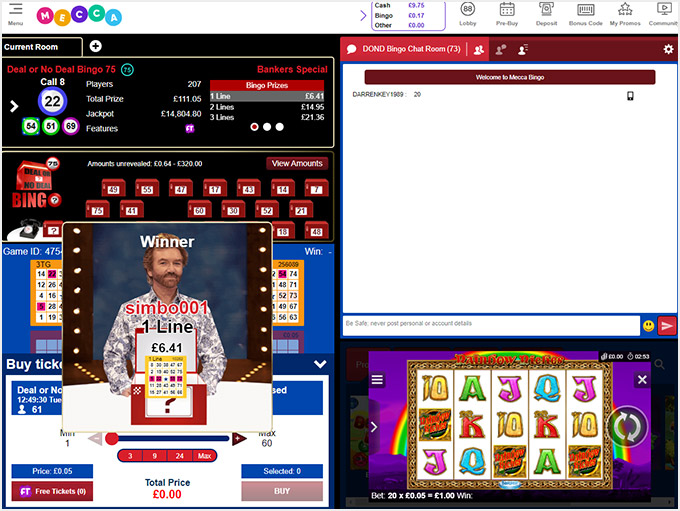 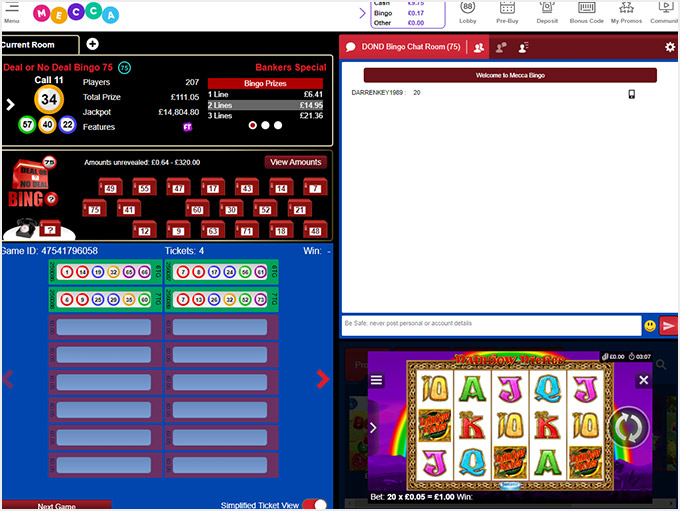 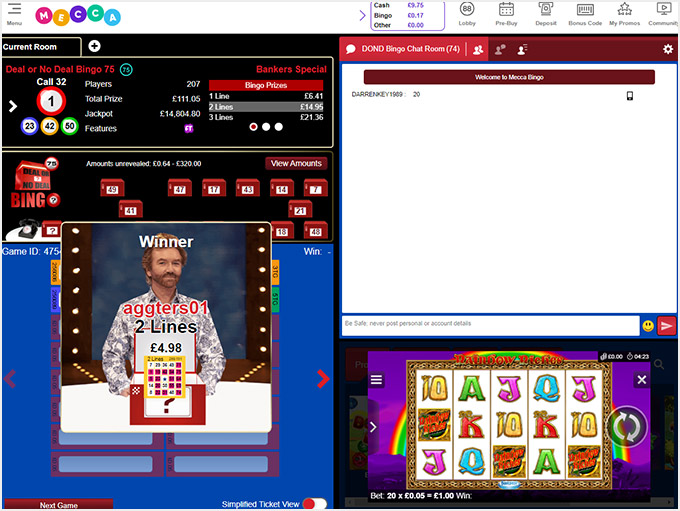 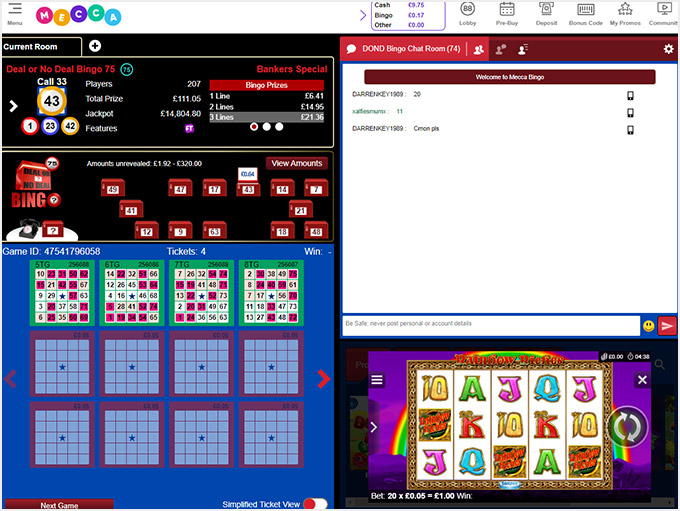 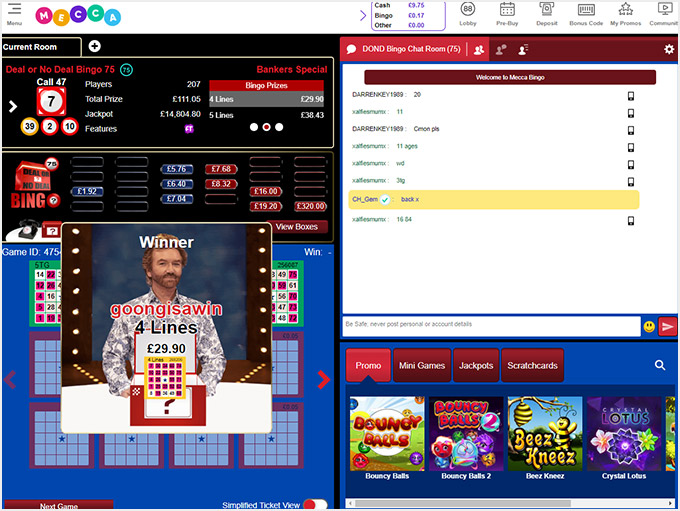 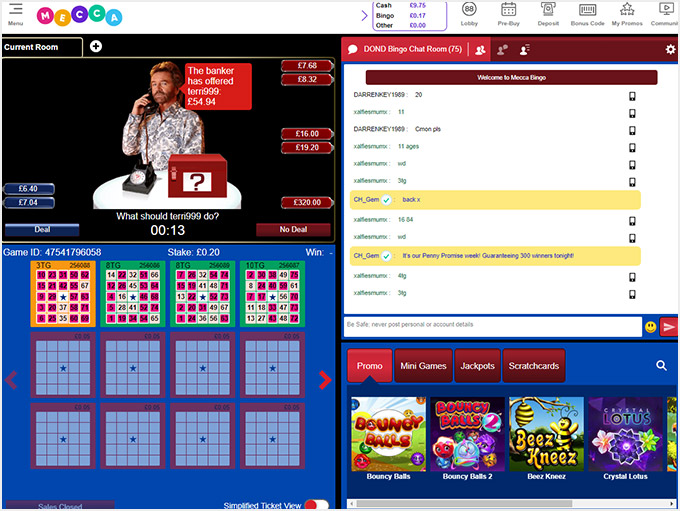 Deal or No Deal Bingo 75 is an online bingo game by Playtech.  You’re invited to come take on the banker and the good news is, if you’re selected to go head-to-head with the anonymous boss, you’re guaranteed to win extra money!

Featuring all the suspense of the classic television gameshow hosted by Noel Edmonds, Deal or No Deal Bingo 75 is bursting with fun and lots of cash with tickets starting from as little as 10p each. Available to play across all devices 24-hours a day, this innovative bingo variant guarantees to produce five winners per game with the full house winner deciding whether to “Deal or No Deal”.

The bingo community is invited to have their say in the poll at the end of each game to help the winner make that all-important decision. Plus there is a progressive jackpot up for grabs too!

How Do You Play Deal or No Deal Bingo 75?

Deal or No Deal Bingo 75 is a 75 ball bingo variant. Each ticket is made up of 25 squares in 5 rows and 5 columns. Each square contains a number, except the centre square. The centre square on each ticket is called the free square and has a star in it instead of a number. The minimum number of tickets you can purchase is one while the maximum is 60. You can secure your tickets by selecting how many you wish to purchase prior to the game commencing.

There are five prizes to be won in every game with 1 line, 2 lines, 3 lines, 4 lines and 5 line (full house) prizes. The value of which will be determined by ticket price and the number of players in each game. To win the line prize, you can have your numbers in any direction including up or down, side to side or diagonally. All other prizes must be won in horizontal lines.

As numbers are drawn, if they match those numbers featured on the 22 identical, sealed boxes in the game area, the box will be opened and its prize will be removed from play. The full house winner not only receives the full house prize stated for matching all five lines, but they can decide whether to take the banker’s offer or lift the lid on their box in the hope of winning larger real money prizes.

The community will cast their vote on what they would do, but the final decision is left up to the full house winner. How much extra they can win will be determined by the values remaining in play. If the winner decides to deal, they get the offer the banker stated. If they decide to no deal, they win only the amount in the box they open. This is in addition to the full house prize. Basically, the full house winner gets two prizes in every game: the 5-line prize and the banker’s offer or box prize at during the bonus round.

How Do You Win the Deal or No Deal Bingo 75 Jackpot?

Deal or No Deal Bingo 75 has a progressive pot that starts at £3,000 and grows through a percentage of ticket sales in every game. The value of the jackpot will increase with no upper limit, until it is won. To win the jackpot a player must call the house within 43 numbers or less. When the jackpot is won, it’s not only the full house winner that takes home the cash, but everyone with tickets in the game too! Here’s how it’s split: