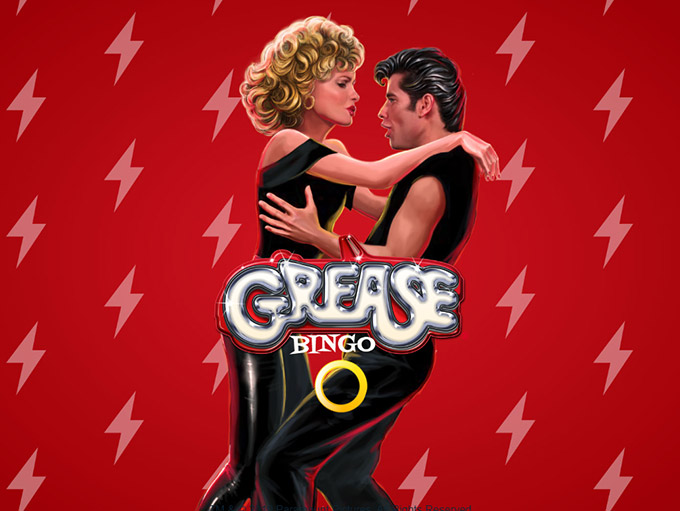 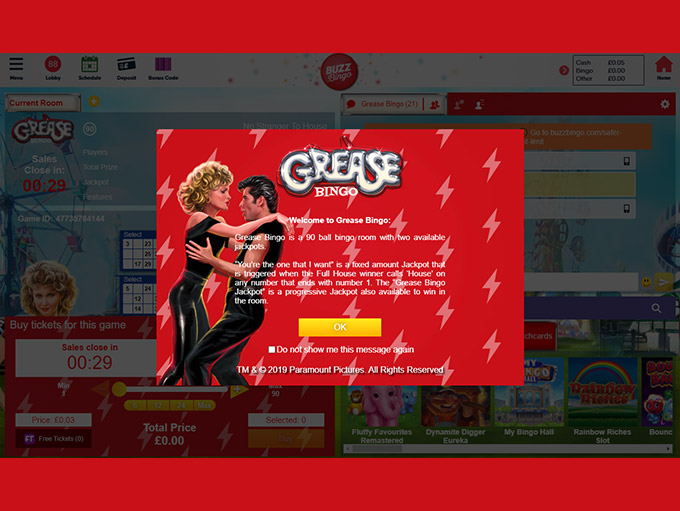 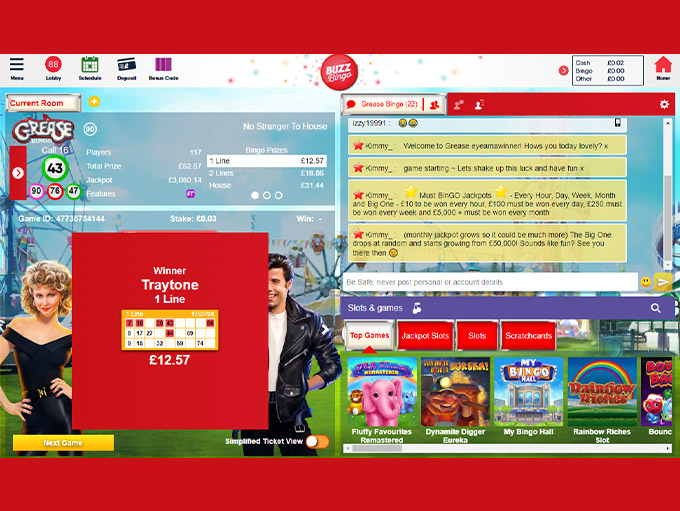 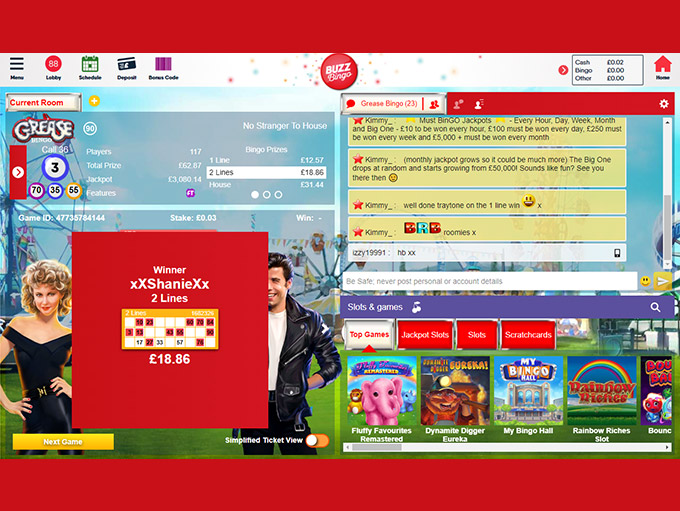 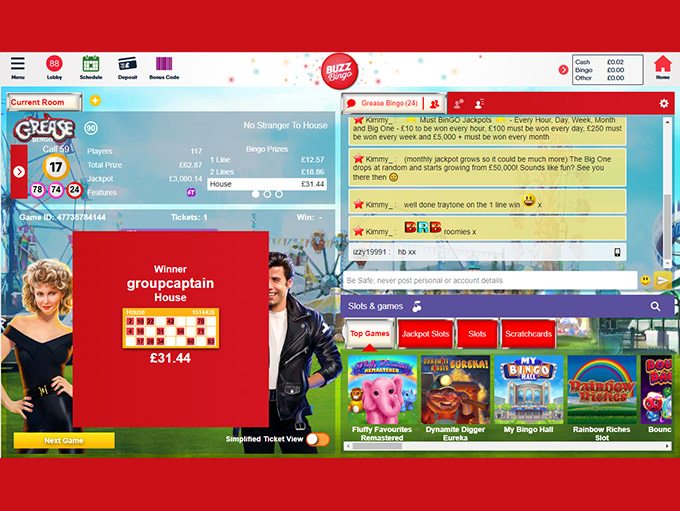 Playtech’s Grease Bingo is a 90-ball bingo room based on the hit American musical romantic comedy from 1978. Based on the 1971 musical of the same name by Jim Jacobs and Warren Casey, this theatrical feature film depicts the lives of greaser Danny Zuko and Australian transfer student Sandy Olsson who fall madly in love with each other.

Grease was famed for many things including Sandy’s skin-tight leather trousers, Danny’s slicked back hair and plenty of singing and dancing, and Playtech decided it was the best theme to bring to online bingo! No singing or dressing up required, all you need is a ticket to ride!

Unlike traditional bingo games with three chances to win, Grease Bingo is not available to play around the clock, instead, it is typically available during seasonal promotions such as summer, autumn, winter and spring. The summer of 2022 saw Buzz Bingo  ramping up those prize pots while slashing the ticket prices to get more to join in with the hair-raising fun.

How Do You Play Grease Bingo?

To play Grease Bingo, you purchase bingo tickets. The value of the tickets will be shown and you can either choose tickets in bundles via the pre-set bundle buttons on screen, or you can choose tickets by pressing the increase or decrease options. Confirm your tickets and that’s you into the next game.

Once ticket sales have closed, a short period of approximately 15 seconds will begin. When the countdown timer reaches zero, the first number will be drawn at random. First prize (as above your tickets) is for any line. The winner will be announced for all to see along with their winning ticket. Next is a prize for any two lines. Again, winners are announced. The final prize is for the full house – a larger prize. All winners and their winning tickets will be displayed on screen.

How Do You Win The Grease Bingo Jackpots?