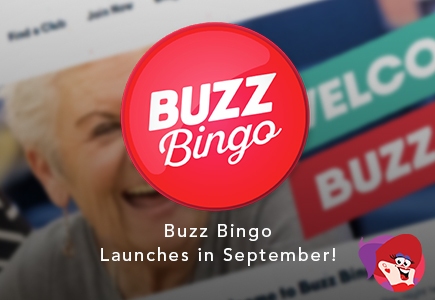 The company owning and operating over 100 Gala Bingo halls in the UK, Gala Leisure, is preparing a major breakthrough this autumn.

Their land-based bingo clubs have been recently rebranded into Buzz Bingo and in just over one month's time, they will be launching a brand-new website as well.

What's all the Buzz?

In September this year, Buzz Bingo will be unveiled and go live. Not much is known at this point, except the fact that the site will be launched on the VirtueFusion network and will feature a large number of exclusive slots provided by top suppliers...

...and in October, there will be a large-scale TV campaign across the UK, along with a closed affiliate program with only a select few affiliate partners.

Due to the Ladbrokes/Coral merger, the bingo halls were sold off, but as the company shares the same trading name but does not own Gala Bingo, the clubs are now being rebranded and renamed. So don't confuse this new venture with the old Gala Bingo website.

VirtueFusion, the company under whose network the new site will belong, was acquired by successful software developer, Playtech in 2010.

VirtueFusion was itself founded in 1999 and holds the Alderney license.

We will bring you more details as we have them before it goes live in September!

Yeah, Gala Bingo has been blacklisted by LBB, I believe. Good to see the brand being abandoned and some new, hopefully better things will come in its place.

Yeah, Gala Bingo has been blacklisted by LBB, I believe. Good to see the brand being abandoned and some new, hopefully better things will come in its place.