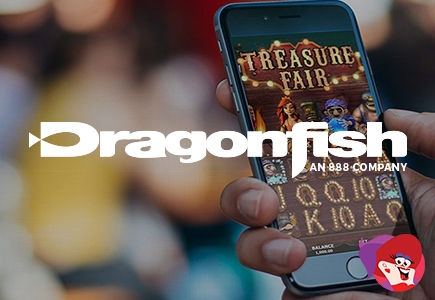 It is hard to imagine a good bingo platform without some popular slot titles, since even the most passionate 75 or 90 ball players like to throw an occasional spin, especially while waiting for the game to start. Often limited, but not bound to a handful of classy software providers, most sites tend to offer a unique gaming experience. However, that is not always the case and Dragonfish decided to widen its portfolio with brand new titles.

From now on, players will have a shot at some of the industry’s most volatile slots on all operator’s sites, including Fortunes of Sparta (97%), Volcano Eruption (95.41%) and Dragon Kingdom (95.4%). By adding popular casino games from Pragmatic Play, Blue Print and NextGen, the instant games library will become a more visited place than before. Thanks to their interesting stories, thrilling gameplay and reputation, these lovely additions will leave a unique impression on new visitors too.

By offering 5 reels and featuring either 20 or 25 paylines, the games also manage to cleverly hold tne attention of players, due to their impeccable graphics, storyline and bonus features. For example, the volcano eruption triggers 5 spins and turns the middle reel into a wild, whereas special Spartan symbols activate additional spins and streaks. Last, but not least, the third game features a portal, which gets opened if three scatter symbols land, triggering a multiplier along with five free spins.

Some of the best bingo sites with this software include Chit Chat Bingo, Blighty Bingo and Dabber Bingo. An important feature of all affiliate sites includes a welcoming atmosphere, friendly moderators, loads of rooms to play at and safe transactions. Apart from extensive banking options and multiple licenses for a fulfilling online gaming experience, they also support numerous languages and various currencies.
Bingo Games Back to articles