How Do Lottery Millionaires Spend their Lucky Coins? 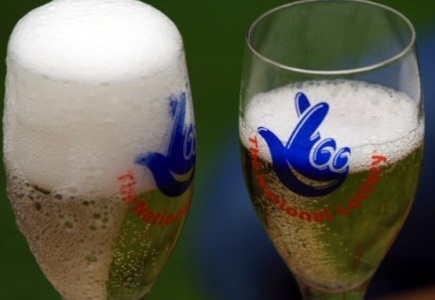 This week, a study was released by the National Lottery on spending and investment by the 3,000 players who have become millionaires since the lottery went live in 1994.

The spending list includes donations to extended family members, one of the top points, which created another further 3,780 millionaires among children, family and friends. Other investments included buying new homes (7,958 of them), luxury cars (17,190 new vehicles), caravans (300 of them), jacuzzis, holidays, in which case the US were the favorite destination.

In addition to this, four out of five lottery winners quit their jobs, only 59 percent of which immediately handed in their notice, with another 31 percent dedicating their extended free time to unpaid voluntary work.

Many of the winners decided to start or support 900 UK new businesses employing 3,195 people. Also, 98 percent of them spent most of the money in the UK, contributing almost GBP750 million to the UK and generating over GBP500 million in tax receipts.

According to Andy Logan, co-analyst and author of the analysis, which was carried out by forecasting consultancy Oxford Economics, “The effect of a win spreads much further and wider than we anticipated.

“Not only does it transform the lives of friends and family, but each win has a measurable effect on the UK economy, especially with so much of it being spent in the UK.

“The use of each win creates a ripple effect across this generation and very often the next.”
Bingo Games General Bingo News Back to articles