Multilotto Moves into the Irish Market 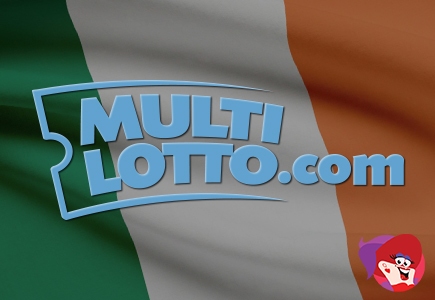 Provider of the world’s biggest lotteries, Multilotto, has just announced that the Republic of Ireland National Excise License Office has awarded the brand a Remote Gaming License! The move follows a Class 1 on 4 Remote Gaming License, granted by the Malta Gaming Authority, this past March. This most recent license serves as one of the first instances of international expansion for the brand, as it has been previously affiliated primarily with Nordic markets since it first came onto the scene, back in 2012.

The launch of the Irish site will have a total of ELEVEN international lottery jackpots available, giving customers the option to select from US favorites like Mega Millions, and Powerball, along with European hits such as EuroJackpot and EuroMillions.

With the recent move still in its early stages, it is unclear what the reception will be in Ireland. However, the brand’s CEO, Thomas Biro, isn’t worried about it, commenting:

"Multilotto.ie is the choice for customers who want an accessible and simple way of playing lotteries from around the world and we’re very pleased to bring this exciting offering to the Irish market. Our business model is well established in the Nordic region and we believe that Irish customers will be equally attracted to our offering. 2017 is proving to be a big year for us and we look forward to making several more major announcements in the coming months."

Multiolotto reaches customers across the globe and expansions such as those into Ireland and Malta, only open the door further toward reaching players on an international level.