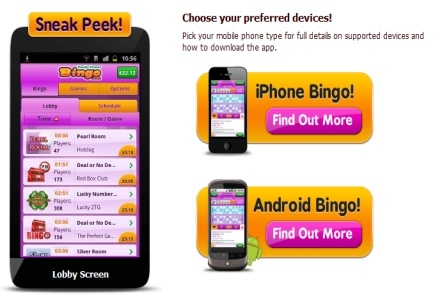 A new Android app has been launched by Paddy Power, making its PaddyPower Bingo available to mobile customers, and allowing them to move between its mobile and desktop versions with the same login.

Some of the app's features include standard bingo games including 90 Ball, 80 Ball, and 75 Ball as well as others such as Lucky Numbers Bingo, Deal or No Deal, the Clover Rollover slot and Bingo Scratch.

At the moment, the app is available to Android phone and tablet owners (such as Samsung Galaxy, HTC Sensation and HTC Desire), but an iPhone and iPad version is also in the pipeline.