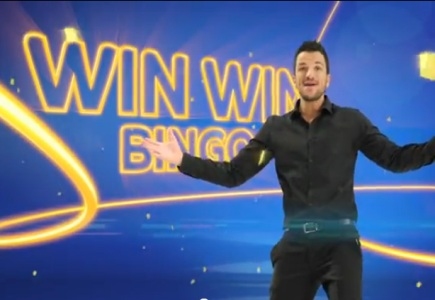 It's not every day that we see a male star promote a bingo site but Peter Andre is doing just that as Gala Bingo launches a new campaign for “Win Win Bingo”. The singer/reality TV star is making appearances in the new television adverts for the new bingo promotion.

From the looks of the revamped Gala Bingo website, it comes as no surprise that Gala Interactive has spent millions of pounds on improving it. A new "if you lose, you get your money back" offer is the cherry on top and the offer is extended to new and existing bingo players.

Gala did their research before taking on Andre. They conducted a poll asking people for their top celebrity choice and of the more than 60,000 surveyed, folks responded with a resounding Peter Andre!

"Coming out with a new site and an exciting new promotion, we really need to cut through the noise to get our message out," Alex Czajkowski, Marketing Director for Gala Interactive said. "Bringing in one of Britain's favourite celebrities to represent Britain's largest bingo brand and pushing that message over TV, 'social media' and through our bingo clubs creates a campaign that is greater than the sum of its parts."

"More jackpots, more games, more bingo rooms, more bonuses and a chance to meet Peter at our launch party in September," Czajkowski said. "This is what you would expect from the UK's largest bingo operator. We're happy and proud to deliver on that."

Whenever you lose, you win at Gala Bingo! Check out full bingo review for more details on the site.
Bingo Promotions & Bonuses General Bingo News Back to articles