Mancala Gaming Software Review ➤ Prague-based provider of online slots + dice games since 2019. Check out the games and where to play them ✓ Available in USA!

Mancala Gaming has been producing online slots since the company was established in 2019. They are firmly based in Prague, Czechia, though their operations cater to pretty much the whole world. The two main products are traditional slots and dice slots, which both seem to reach pretty much equal numbers. Traditional here doesn’t mean classic, as the company also seeks to innovate and offer plenty of unique experiences for interested players.

Success is only not built on providing games. Especially when online slots are not even the main course in these bingo sites. Luckily, the staff knows what they are doing. Providing the players with excellent slots to enjoy whilst filling in the bingo card is reinforced by great service for operators, reliable and tested software, and bonus tools that allow rewarding the players even further. 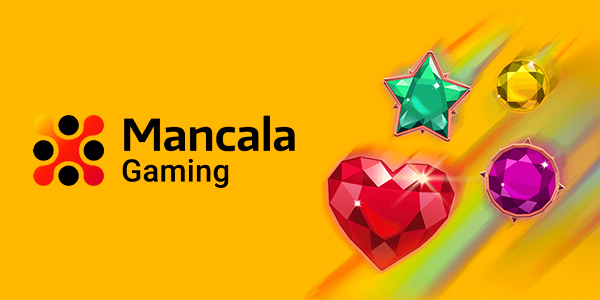 Though the company doesn't produce bingo games by itself, you will certainly run into their online slots on any bingo site worth its salt. These games might not be numerous enough by their lonesome to fill every urge and need when it comes to online slots, but they do make up a significant selection of interesting titles to try out. The games can be played on all devices from smartphone to desktop computers, or indeed anything that can run a browser.

First off, you’re going to encounter a pretty wild set of themes. Braindead zombies, vampires and their Blood Romance, Brazil Carnival with party beats, Adventures with Victorian era steampunk, outer space Cosmo Cats and all of the sort. Mancala Gaming is pretty proud of their artists, and not without reason. The graphics are superb, very pleasing to the eye, and often on par with animations or high-quality comics. Audio effects aren’t quite at the same high level, but they are more than enough to create that necessary tempo and feeling that the themes call for.

What About Features and Specials?

Multipliers are often an important part of the equation when it comes to scoring the big real money wins. Bars and Bells adds them to its 3x3 reel setup, adding in new levels of multipliers when the same symbols show up. Casinonight features a wheel of fortune with multipliers, and Adventure has random win multipliers. Some of the titles do offer rather low level wins, fitting for the low variance, which these specials then bring into completely new levels.

But that’s not all there is to these games. Each slot tends to have at least one bonus game, which can be anything from picking wins to bonus spins, mystery symbols, or mini-games of their own. In contrast to the low variance of some slots, you have the high variance slots with wins and features that don’t hit very often, but really deliver a winning blow when they do. This can mean massive multipliers, hundreds of bonus spins, or even jackpots.

There are a couple of three reelers, but mostly Mancala Gaming has settled for a five reel setup. Their favourite method for calculating wins are normal paylines, which keeps things fairly simple and understandable. The return to player doesn’t look too bad either, usually standing between 95 and 96 %. There are a lot of titles that settle for a main win of around 1000 times the bet, but some do go way above this with wins that can be up to 5000 times your bet. 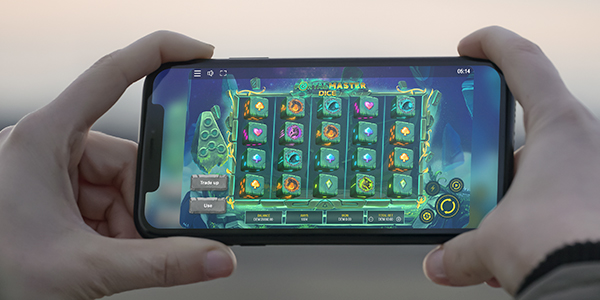 What are dice games anyways? We aren’t talking about table games like Craps or Sic Bo. There is actually only one main difference and that is the use of symbols. Instead of using specialised symbols fit for the theme, the games just use dice. Now, those dice symbols can be quite well done graphics wise, and even come with a special symbol here and there, but they’re still quite simplistic when compared to normal themes. If you like this type of gaming, then check out titles like Portal Master to enjoy dice slots the best possible way.

Mancala Gaming is on the list to get Malta Gaming Authority and the UK Gambling Commission licences. If you’re familiar with either, you know that each alone would be enough to calm down any thought about security and safety. Constant testing ensures that everything works to specification. The company is also seeking further certifications for new jurisdictions. 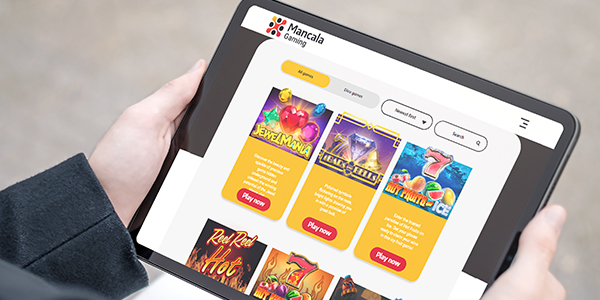 For a company that only has a handful of years in the market, and a rather small development team, Mancala Gaming sure has managed to build up a large portfolio of casino games. It’s pretty clear that they are true to their promises and ideals of productivity. Players can expect a steady stream of new games, if by some miracle the existing selection is not enough to satisfy your needs for casino spins.

And the same can be said for creativity. As we said, there are only a handful of special features that the company really trusts on. Despite the fact that multipliers and bonus spins are nothing new as such, in these games it feels like they play out in a unique manner. Not only that, but in ways you can recognise these online slots by the way those very special features play out. Then there are the themes and graphics, which likewise always stand out and are easy to recognise.

So it should come as no surprise that almost every notable casino software company has partnered with Mancala. Parimatch, Ously Games, Betconstruct and SoftSwiss are the main platform providers, ensuring that these games are almost universally available across bingo sites and networks. When you do come across the game we certainly suggest that you take a spin or two in between daubing the bingo tickets. And let’s hope that in some distant or near future the company takes a step further and creates their own video bingo variants, which would surely be welcome.

We noticed that you just claimed a bonus from Bingo Fest?

We noticed that you just claimed a bonus from Bingo Spirit?

We noticed that you just claimed a bonus from Bingo Fest?