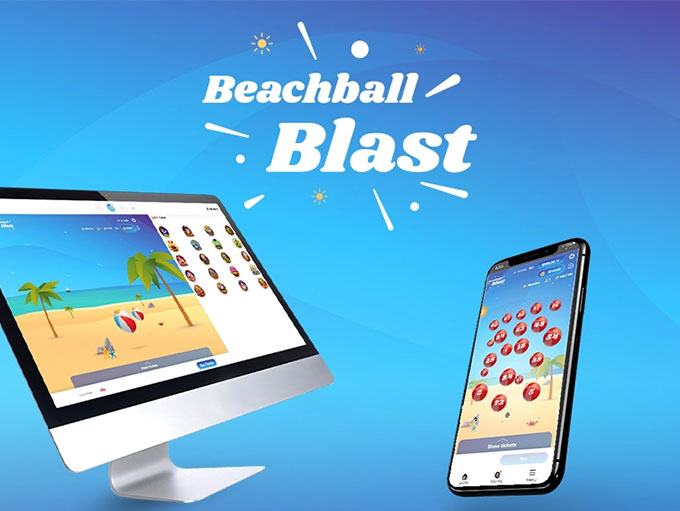 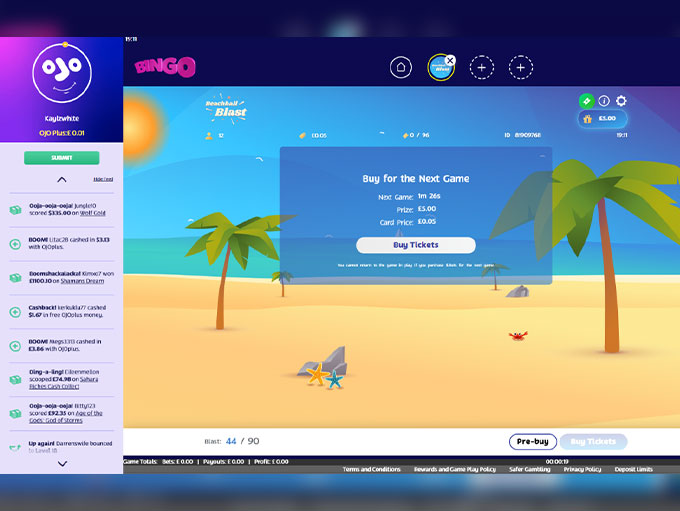 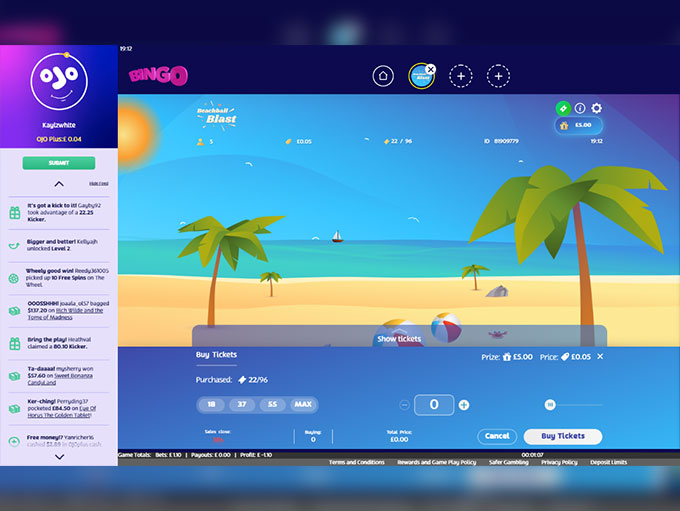 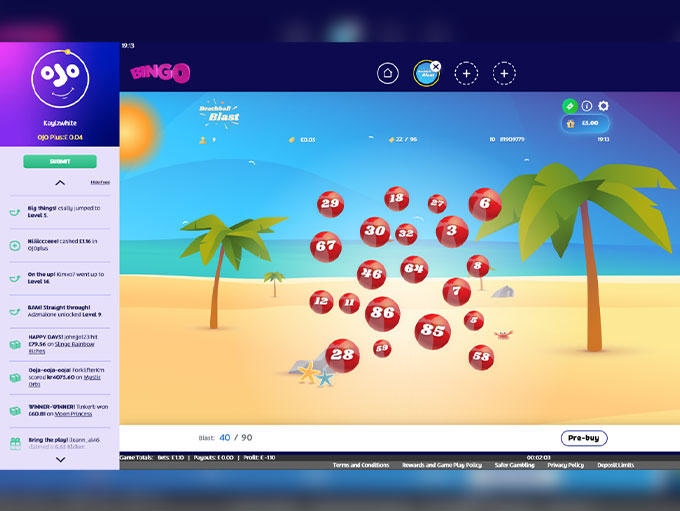 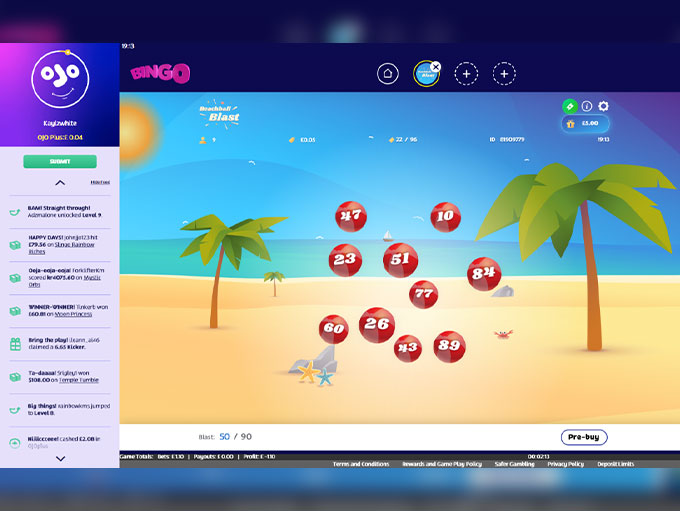 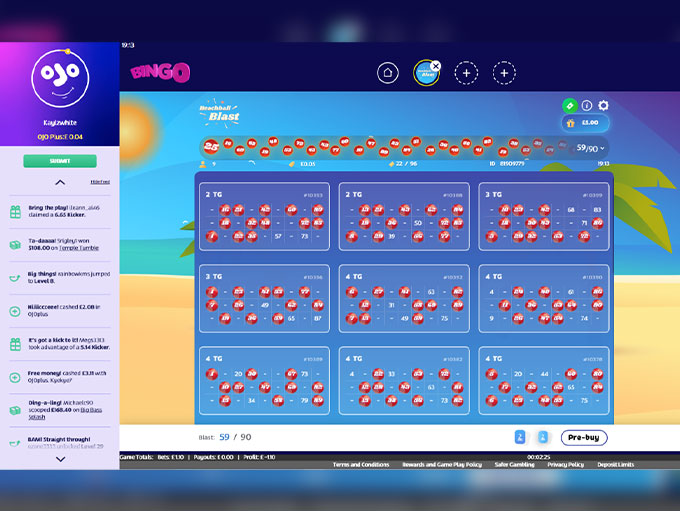 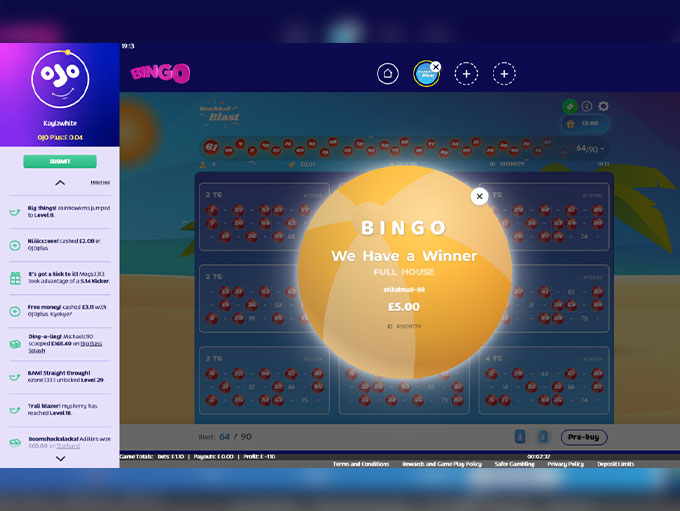 Bingo Blast is Pragmatic Play’s mobile-first development with 3-4x quicker gameplay on average, perfect for playing on the go. Unlike traditional 90-ball bingo games, Bingo Blast comes with just the one prize – the full house, and thanks to an ‘explosion’ of balls, those bingo tickets full up far quicker than they normally would.

How to Play Bingo Blast?

To play Bingo Blast is simple, all you need is a bingo ticket in play and you’re in with a chance of winning. Players may purchase up to 96 tickets per game with tickets priced as low as 5p each. Off-peak hours deliver cheaper tickets, smaller prize pots, fewer players and more of a chance of a win while busier periods mean more players, higher ticket prices and much larger prize pots.

Once ticket sales have closed, it’s eyes down. When the timer reaches zero a new game will begin, starting with an explosion of different numbered bingo balls appearing on-screen. Any numbers matching those on your tickets will be marked off automatically. A second blast commences and again, all matching numbers will be marked on your tickets. After the second blast it’s back to drawing one ball at a time, but in quick succession until the full house prize is won.

Pre-buy is an option. To purchase tickets for upcoming events select the ‘pre-buy’ option, select the day/time and the number of tickets you wish to have in play. The games will play out whether you’re online or not.

Are There Any Jackpots or Other Features with Bingo Blast?

Bingo Blast comes with no jackpots but there are opportunities where you can win free bingo tickets via various promotions. Play OJO Bingo for example have chat games and quizzes with free tickets to a variety of rooms. A large selection of slots can be played alongside your Bingo Blast games should you wish to play them, and not just Pragmatic Play titles.

We noticed that you just claimed a bonus from Butlers Bingo ?

We noticed that you just claimed a bonus from Glossy Bingo ?

We noticed that you just claimed a bonus from Free Spirit Bingo ?

We noticed that you just claimed a bonus from Free Spirit Bingo ?