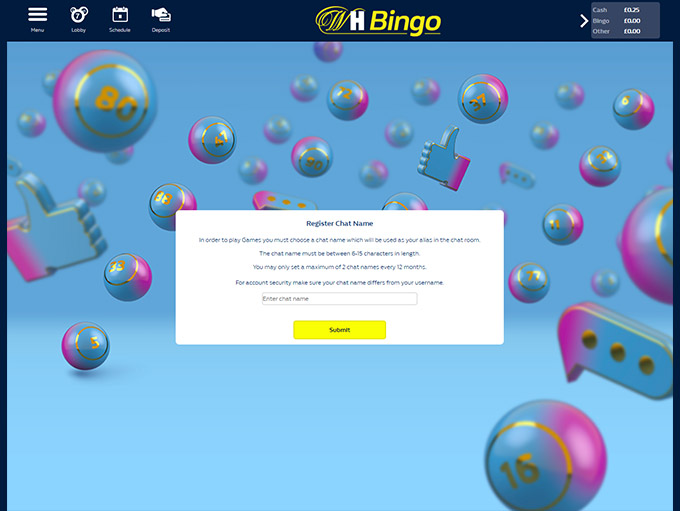 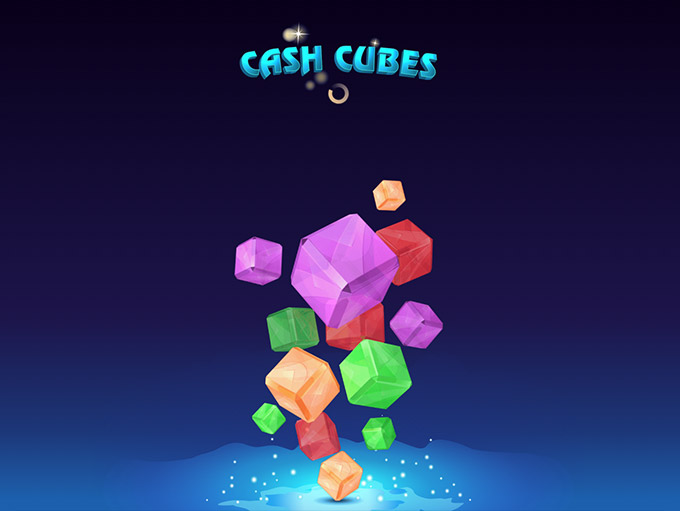 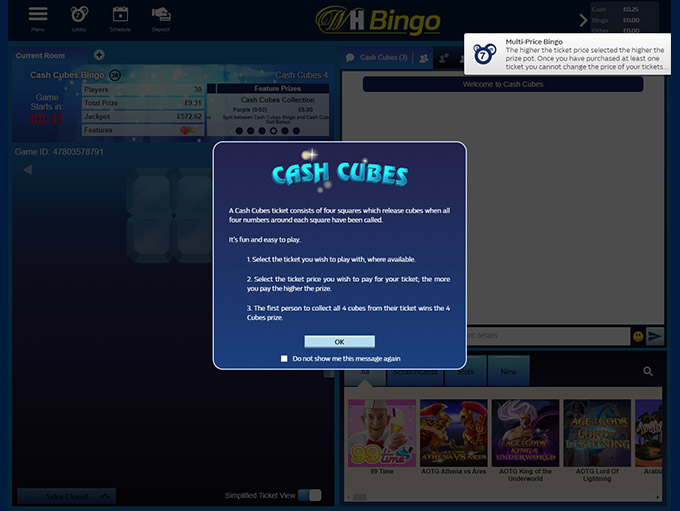 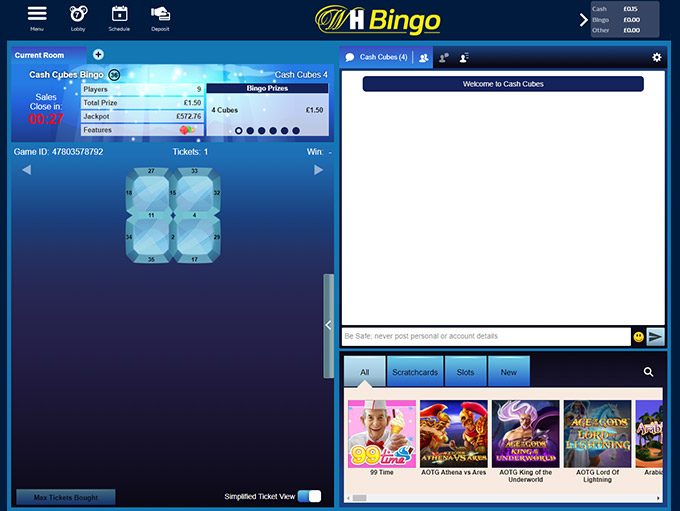 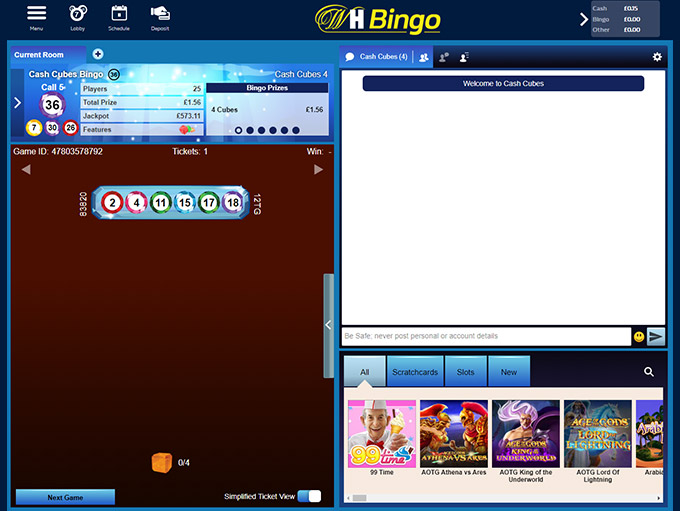 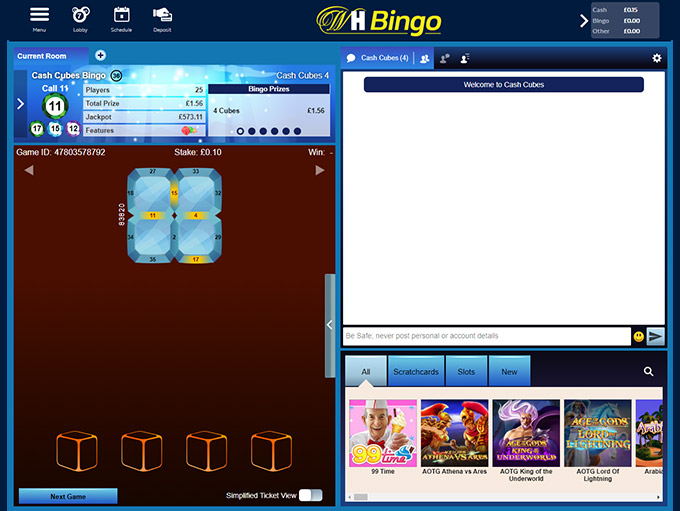 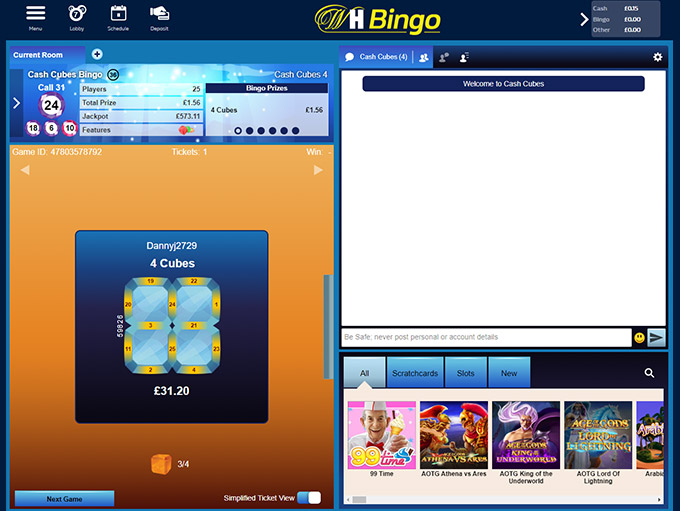 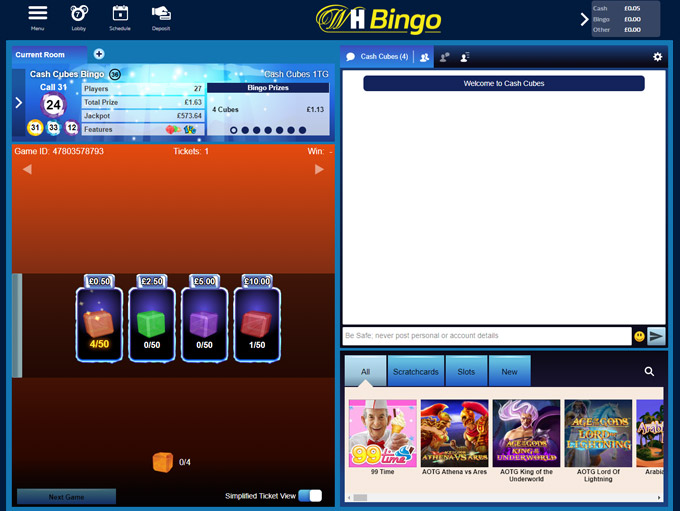 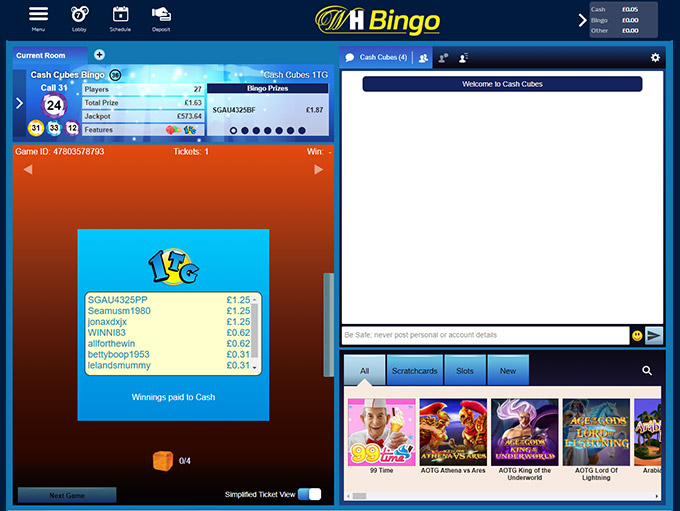 Cash Cubes Bingo is a unique 36-ball online bingo variant from Playtech, played with cubes instead of your typical bingo ticket. There are opportunities to win additional prizes in every game and each round guarantees an equal chance. All players who participate have the choice of four different stakes and just the one ‘ticket’, making this one of the best chance bingo games on the net!

Not all Playtech powered bingo sites feature the Cash Cubes Bingo game. William Hill is just one a few operators to deliver unique Cash Cubes Bingo fun from as little as 10p. Accessible on desktop and mobile, this game may seem particularly difficult at first, but once you get into it, it’s really rather simple. There is a handy “simplify ticket” option on standby if you want to play bingo effortlessly. Choosing this option replaces the cubes with 10TG, 9TG, 8TG alerts.

How Do You Play Cash Cubes Bingo?

Playing Cash Cubes Bingo is simple and like other bingo games, you need to purchase tickets in order to win. There are four ticket options available – 10p, 50p, £1 and £2. This means it will never cost you more than £2 to play. Each player received the same number of tickets – just the one with four squares. They don’t call it best chance bingo for nothing!

Each of the four squares bears a number (12 in total), from 1 to 36. Numbers are drawn at random and marked off your ticket automatically. When the numbers around a cube are drawn, that cube will be highlighted. Be the first player to mark all 12 numbers to win the stated prize. Prizes will be determined by the stake.

How Do You Win Additional Prizes with Cash Cubes Bingo?

Mark off all four numbers on each side of a square to reveal a new coloured cube. Collect fifty of one or all four different cubes to win one of four bonus prizes (awarded as cash). Players will need to play multiple games in order to gather fifty cubes and a cash prize. Progress is saved after each game allowing you to pick up where you left off the next time you play.

Look out for special 1TG features where all players waiting on one number when the full house is won, receive a share of the runners-up prize pot. This will be credited to your main cash balance.