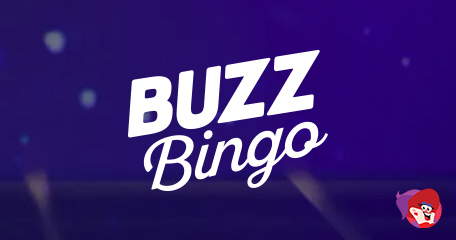 There’s a new live roulette game in town and to celebrate the arrival of Mega Fire Blaze Roulette Live Mystery Bonus (there’s a mouthful!), Buzz Bingo is hosting a promotion with 8 chances to win a share of $6K every single day!

To say their buzzing about the live casino release is an understatement, as it not only delivers chances to win with all the usual bet ways, but it also comes with a mystery bonus and extra cash prizes…

…real money prizes nothing else! No wonder the game has found itself within the “hot” category within just a few hours of its launch!

Between the hours of 4pm and midnight every day right up until October 31st, there will be 8 randomly activated mystery bonus rounds on the new of Mega Fire Blaze Roulette Live Mystery Bonus vertical. Don’t ask me to say that one again! Nobody knows when these bonuses will be triggered but when they are, those who have wagered at least $1 will be eligible to win some cash!

The rules state that all prize money will be converted from dollars to British Pounds Sterling before it lands in the bankrolls of Buzz Bingo players.

The roulette game is played in a studio with a live dealer. An interactive chat feature is provided along with camera angles that can be adjusted to suit the player. The aim of the game (as always) is to predict where you think that ball will come to rest. It’s a standard European version with a single zero and numbers 1 to 36.

In every round, up to 5 random numbers (or 10 during the special event!) are selected and their position will be highlighted on the betting table. These are fire numbers. Should the ball land in the pocket of one of those highlighted numbers, the bonus is triggered, along with multipliers of up to 10,000x!

All inside bets (straight up, split, street, corner or line) make you eligible for the bonus. Remember, the additional Buzz Bingo promotion requires a minimum bet of $1 for a shot at extra cash.

The bonus game features a grid made up of 36 slots. A random number of slots are chosen and filled with fire boosts. Random multipliers will spin in empty slots. If the segment is filled with a multiplier, that segment becomes available and multiplies all multipliers in that slot.

…Mini is 20x, minor is 100x, major is 500x and grand is 2,000x. If a segment is fully filled with multipliers, the jackpot level is revealed and a jackpot is added to the bonus game’s total multiplier.