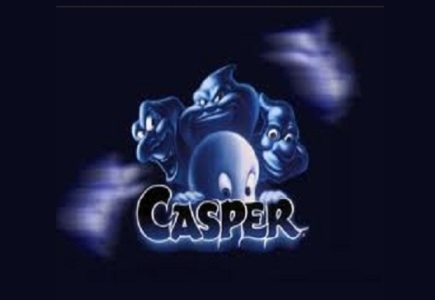 What not a better time than at Halloween to get to the bottom of “Bingo Ghost Players”. If in doubt it will take more than the Ghost Busters team to settle it once and for all. These aren't the type of ghosts that float or scare the living daylights out of you. You won't find any poltergeists or demonic possessions happening with the bingo ghost.

If anything this so called apparition comes closest to Casper the friendly ghost. There have always been rumors since the birth of online bingo began that the winners are not legitimate players at all and are ghosts. What exactly is a “bingo ghost” player? It's a plant placed in bingo rooms by the bingo operator and pre-determined to be the designated winner. Which basically means; the rich owners are stealing from the poor players in a modern day reversal Robin Hood epic gone wrong.

The fire ignites suspicion typically when one player wins more than one bingo in a row or wins frequently at particular site. The accusations begin to fly in chat rooms usually by a player who is just plain mad it wasn't them that had the lucky winning streak.

Frequent wins by a player are very possible. It all depends on the frequency they play, number of bingo rooms they join and the amount of bingo cards purchased. Remember bingo is a form of gambling, factor in the probable odds against a player who doesn't play as often, doesn't purchase as many cards and it all makes sense.

How active a player is and how much they spend makes a big difference when pitting the High Roller against the Low Roller. But that doesn't mean the Low Roller doesn't have a pray at winning, after all it is really up to the Bingo Gods not the bingo ghosts.

Online Bingo sites are licensed and regulated and shady business practice like placing a bingo ghost in games would seriously jeopardize their integrity not to mention lose their license to operate. Unless it is shady, very rogue bingo site (and hopefully you know better) then it simply is an Urban Legend created by players who simply hate to lose! Sometimes we win some and sometimes we lose some it's the nature of the game.

If this Halloween you hear claims of a ghost in the bingo rooms, chances are it is Casper and his gang stopping by just to say “BOO”!
Bingo Games General Bingo News Back to articles