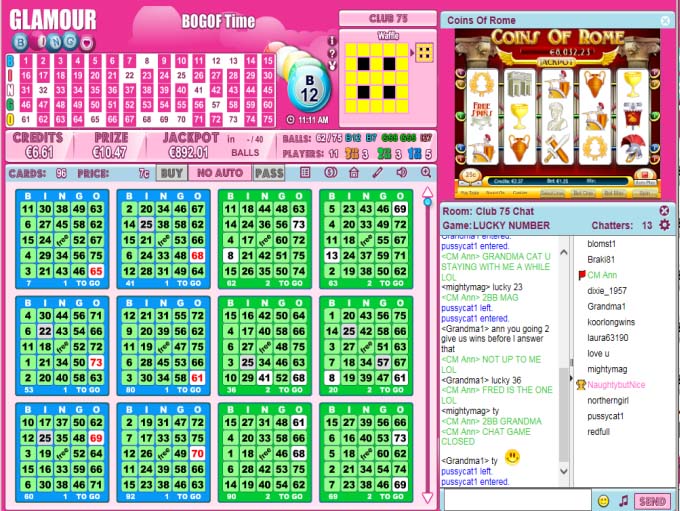 I usually don’t eat sweets but since my parents were coming to visit, we made a deal that I would make lunch and my mother would bake something sweet. Actually, I made it easier for her because I told her I would like to eat waffles. She thought that was a strange request but it turned out to be great one because it’s easy to prepare. Later on when I stayed alone at home I had some waffles left and it seemed to me it was a great time to play bingo.

I went to Glamour bingo and the first pattern was a Waffle! What an amusing coincidence. It’s needless to say that I played bingo in a 75-ball room. The maximum number of cards was 48 and since it was the BOGOF game I played with 96 in total. Unlike the delicious and entertaining lunch I had, this bingo session was very sad. I was so close to winning but I didn’t win a single game. I had three, four even ten cards a couple of times with only one missing number so it was devastating how things turned out for me.

And the prizes were nice, over €10, and I really thought I had a chance since there were only around 10 players. Luckily, I had waffles to keep me company and make the losses easier to bear. I guess it was a perfect timing for my cheat meal; it doesn’t happen very often but the moment when it happens is kind of important. Perhaps I should tell my parents to come more often, just in case I don’t have luck, that I at least have good and delicious sweets.

Maybe next time I could exchange some recipes with other bingo players since I’m actually learning to cook healthy sweet cookies and cakes. It would be fun.