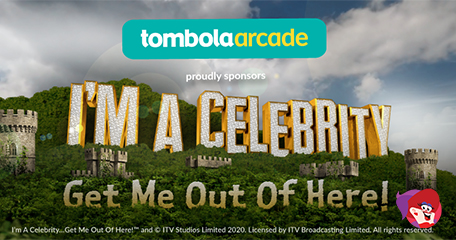 Tombola knows how to pull off a competition, same can be said for their promotions too! Where else will you get two chances to win a share of £40K each day, absolutely free? Nowhere! I’m a Celebrity Get Me Out of Here is marking its 21st anniversary this year and with Tombola sponsoring the hit ITV show for the fifth consecutive year, they knew they had to deliver something monumental, and they have!

Returning to our screens on Monday 15th from the cold and haunting setting of Gwrych Castle in Abergele, Wales, the stars are more than just a stone’s throw away from the usual hot, critter-infested shores of Australia, but we have our own set of scary insects ready to scare them witless! The celebs rumoured to be heading into the castle this year include DJ’s, an ex-footballer, a former girl band member, presenter, actors, and a sportsman.

What to Expect This Year

Tombola has a series of promotions, competitions, and freebies lined-up from the first night to the last (December 4th), all with a I’m A Celebrity Get Me Out of Here theme. You don’t necessarily have to be a fan of the show, because you can still win even if you watch something else! Social media competitions will be running across three channels, Facebook, Twitter, and Instagram and this means three chances to win.

But what can you win? Take a look at the schedule below:

I didn’t watch one episode last year and managed to win from the Facebook draw. You just need to be on Facebook when the ads are rolling.