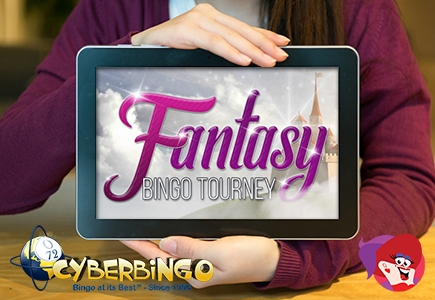 After a long and exhausting week at work, it's nice (and advisable even) to leave it all behind and step into another world – a world of fantasy and magic, for instance. A bit of escapism is needed every now and then, and Cyber Bingo knows this and is willing to help you put all worries aside, have fun and make some neat profit along the way.

Every Saturday at the site promises to be ridden with good spells and profitable magic, as you encounter all sorts of make-believe creatures such as unicorns and dragons. Registered players can take part in a Fantasy Bingo Tourney promo, played every Saturday between 8 and 11:59 PM EST. Players will have the opportunity to play various games for a guaranteed prize of $15,000!

As you can see, there's plenty of charms, fun and cash to go around in this fantastic promo, so don't forget – every Saturday is the portal to a fantasy land. Good luck...
Bingo Tournaments Back to articles