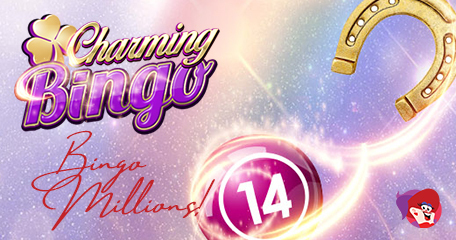 When it comes to winning life-changing sums of money, this usually only happens in lottery-style games or if someone is lucky when playing progressive jackpot slots, but what if I told you than you could win £1,000,000 twice a week and for less than the cost of a lottery ticket. Sounds impressive doesn’t it.

This special bingo game was only confined to the ranks of Buzz Bingo – it is exclusively available to them for a short period but now, it’s available across the Jumpman Gaming network of sites, which means you now have six rooms to play in instead of five.

Bingo Millions is not a fancy bingo game; it’s your typical 90-ball bingo game with a line, two lines and a full house, but the key to winning big is to call house as quickly as you possibly can. Unlike other bingo games, this one delivers a potentially eye-watering cash prize, as well as free bingo tickets.

Bingo Millions kicks off at 10p on Tuesdays and Saturdays, and for just 50p a ticket, it’s certainly worth a shot. The maximum number of tickets per player per game is set at 60, yet it only takes one ticket to win, so why anyone would want to max out at £30 on this one is beyond me.

Running alongside the usual prizes is the sliding jackpot. The quicker you call the more you win – do you think you could call a line in 5 to 9 numbers? If so, there’s £1,000 with your name on it. Big money full house prizes are awarded to those who can daub quicker than a cheetah chasing down its lunch; call between 15 and 30 numbers and huge cash will be winging its way to your bankroll.

I’m useless lately when it comes to winning bingo, so if you’re like me, you’ll be pleased to learn there are free bingo tickets to be won in this game too. Regardless of when the full house is won, this special bingo game will continue to 65 calls guaranteed and those who call house in this extended session will bag themselves a free strip of bingo tickets!

What are the Chances?

The chances of winning that million quid are relatively slim, so slim in fact, you probably have more chance of being run over by a bus (sorry, just being honest), but I say that when I’m playing the lotto and there are many winners each week!

The Dragonfish network rolled out something similar previously and over the many years it was active, no-one even came close to that £1,000,000 cash prize. But you’ve got to be in it to win it – right? And you can now play these games at the likes of Charming Bingo, where there is a welcome bonus worth up to 500 bonus spins waiting to be claimed. Use your bonus spins on the insanely cute Fluffy Favourites slot by Eyecon before heading to the lobby to pre-buy your tickets into the Bingo Millions game.