Mega Millions Turns to Mega Billions With $1.5B Jackpot 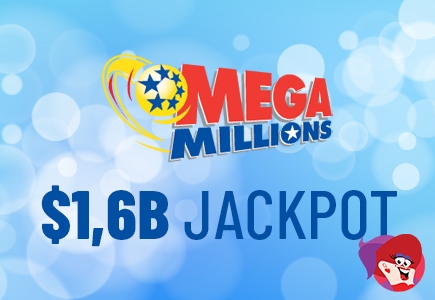 The eagerly anticipated Mega Millions Lottery drawing on Friday, October 19th came to naught, so it’ was all eyes on the newest attempt to find a new American mill...oh wait, scratch that, it’s not a millionaire we’re looking for – it’s a BILLIONNAIRE!

The drawing on October 23rd was historical, because the Lottery jackpot rose to the astounding, astonishing, ridiculous 1.5 BILLION dollars!

We’ll give you a few moments to wrap your head around that, if humanely possible, before we continue.

All better? Then we’ll move on. Since no winning occurred last week, the prize draw reached a historic mark, for the biggest lottery prize in the history of the USA!

And it finally happened – the biggest lottery jackpot in the history of the USA was won! The ticket holder is from South Carolina and they've won $1.537 billion by getting these white balls right: 5, 28, 62, 65 and 70, as well as the gold Mega Ball 5.

The previous Mega Millions record was $656 million from 2012.

Gordon Medenica, Lead Director of the Mega Millions Group and Director of Maryland Lottery Gaming commented: “The moment we’ve been waiting for finally arrived, and we couldn’t be more excited. This is truly a historic occasion. We’re so happy for the winner, and we know the South Carolina Education Lottery can’t wait to meet the lucky ticket holder.”

And at times like these, you have to ask yourself that old question, thinking about taxes and everything – how much does one REALLY win in situations like these?

If you ask our sister site’s, Wizzard of Odd’s experts and top mathematicians in disguise, then Mega Millions is probably the worst thing to play if you really want to sink your teeth into those “huge“ wins – although that also depends on what your outlook on this is and what you find the most important for you.

What do we mean – well, it’s like this and it’s a little more complex.

The actual Mega Millions lottery is a powerful beast with lots of hooks and twists waiting at every turn. The multi-state lottery began in 1996 and has underwent significant changes in rules several times. The last update has been made in October 2017 when the cost of ticket was increased from $1 to $2...

...Players need to pick five numbers from 1 to 70 and one Power Ball from 1 to 25 – if a player has five white balls matching and power ball matches as well, then they’ve won the jackpot.

Those are the basics, but you can check out all the other little details on the link above which contains a comprehensive overview of all the rules of the lottery.

Now – the analysis of the expected return for all outcomes – sans the Megaplier option – would be, in a nutshell, the product of the win, probability and 0.5. Without considering taxes, the annuity on the jackpot and jackpot sharing. Oh and let’s just menton that probability of hitting any jackpot win whatsoever is 4.17%.

And it Goes On and On:

As for just the jackpot, the return rate for $40 million jacpot is 8.81% without the taxes and for any additional $100 million the expected return rate goes up by 22.03%.

And when we take into considerations various ways to play Mega Millions (just with normal $2 tickets, Megaplier $3 tickets or Just the Jackpot tickets at two for $3), the general conclusion is that playing Mega Millions and expecting to walk away with a tremendous prize is – not an awfully good bet.

Lottery’s cut, jackpot sharing, annuity and taxes make it so that expected return never gets above 40%.

If we do the calculation for October 24th’s 1.6 billion jacpot, we come to the conclusion that the expected return rate is 2.767460.

Want to find out more about this and undestand how we got to the 1.6 billion return rate? Then head out to Wizard of Odd’s Mega Millions Calculator .

Amazing, just amazing! But yeah, when put into perspective, those winnings aren't as high. But still......