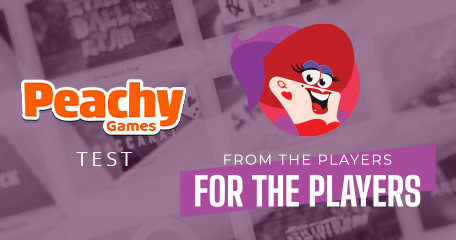 In 2019 Peachy Games was born with a fruitful line-up of games, promotions and an exclusive loyalty program promising perks with every level-up. Not only do they offer online slots, instants, table games and jackpots, but a large quantity of immersive live casino games too. As of May 2022, the operator introduced online bingo rooms with software provided by Pragmatic Play. Plus, if you need assistance, 24/7 support is on standby! With all this in mind, we put them to the From the Players For the Players Test. Stick with us to find out how our reviewer got on.

Like all online gaming websites, to play with real funds, registration is required. As an existing UK member of Peachy Games, our tester logged in to her account. Commenting on the sign-up process, aintitpeachy recalls a quick and simple form with three sections, personal details, address and security (password). 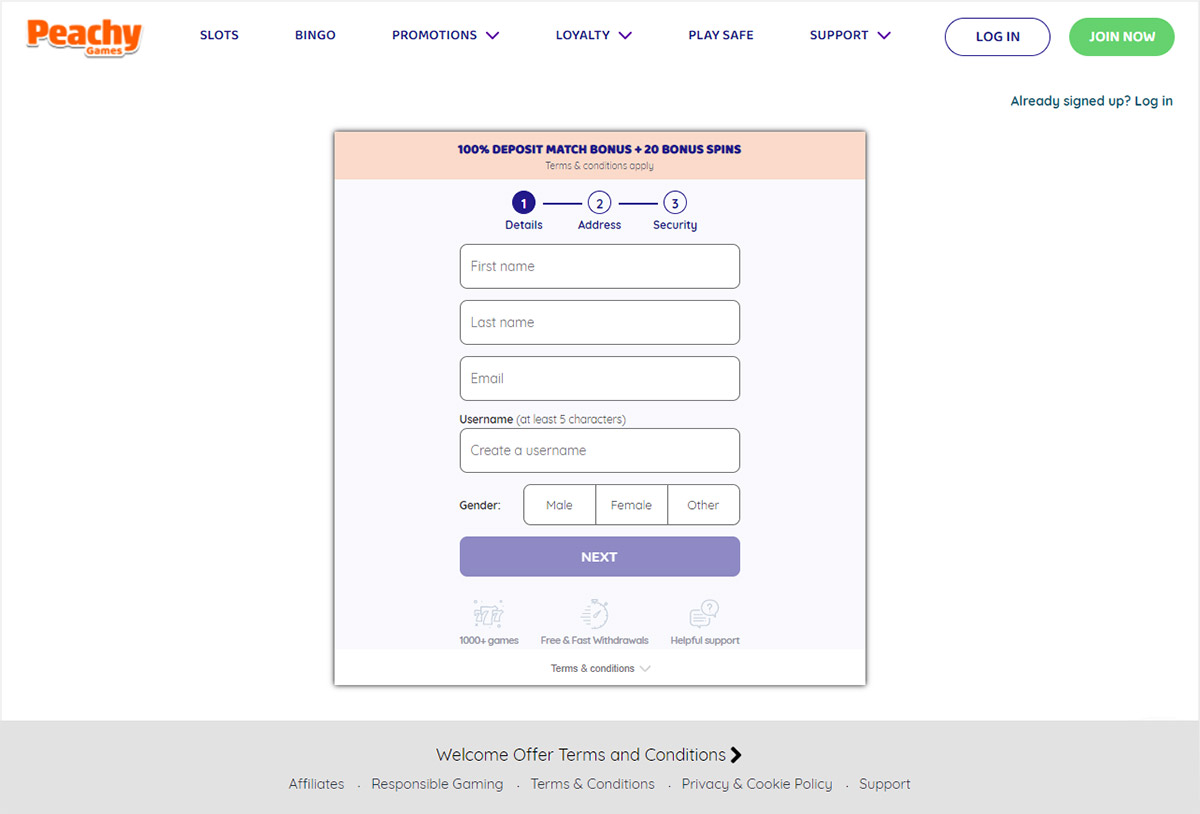 On Saturday 7th of May, our reviewer logged into her account to make a deposit, play some games and make a withdrawal. Despite having registered previously, this would be ainitpeachy’s first deposit. Before crediting her account she headed straight to the promotions to view the welcome offer. To avoid wagering requirements she declined the offer. Unfortunately, the terms and conditions revealed the offer to be “automatic”. 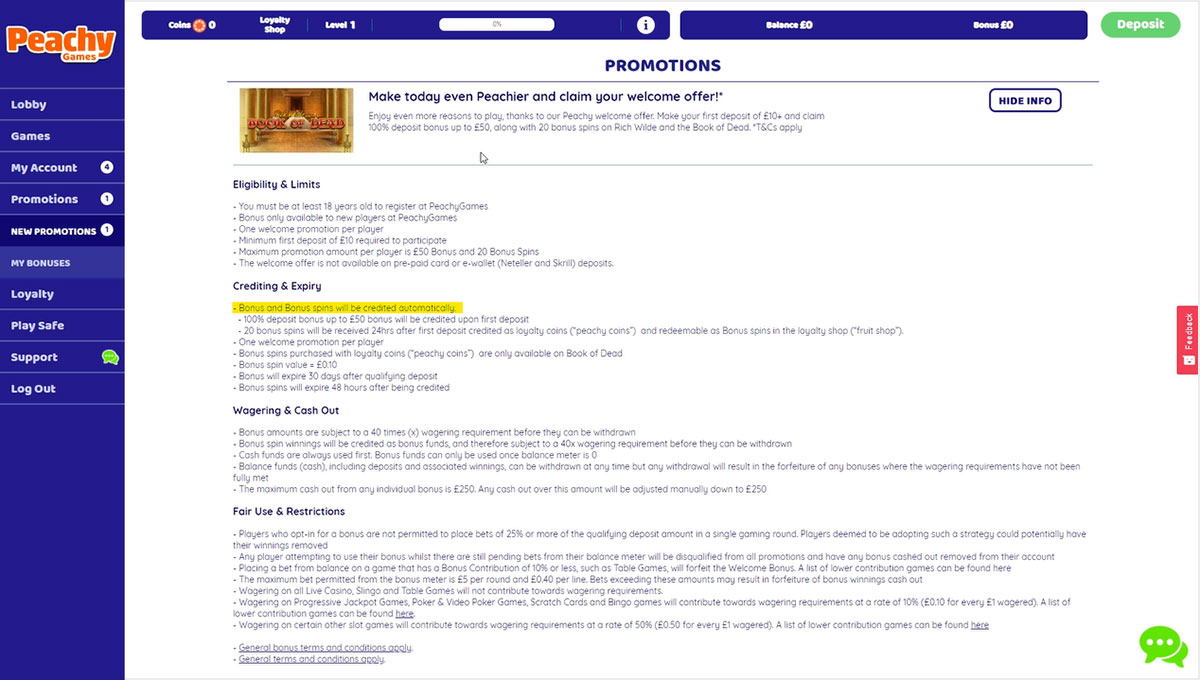 This would result in both the 100% bonus and 20 casino spins being credited upon our reviewer’s first deposit. A few moments later, after verifying her identity via PayPal security protocols, a deposit of £150 was made and that £50 bonus and spins were credited as promised.

Noting the 24/7 live chat feature, aintitpeachy thought to remove the bonuses by contacting support. The customer service representative Melanie was super helpful and after a few verification questions, those bonuses were removed. It’s worth noting that the bonuses are fair and work in a way that is different from bonuses from other online bingo and casino websites, but how? Bonuses are credited instantly but will only come into effect once all real money funds have been used. As impressive as that was, our reviewer pressed ahead with the removal of both bonuses.

At the time, Peachy Games offered online slots, table games, live casino games, jackpot games, instants and a small selection of video bingo games, including the exclusive Immortal Romance themed video bingo by Microgaming. Styled on a typical 90-ball bingo game, the rules differ slightly from what you’d expect from a standard triple chance bingo game in that winnings are formed based on lines and patterns. The characters from the fantasy-filled slot machine are very much in play with thousands up for grabs in an instant. No waiting for start times, no waiting for the room to fill up, simply select your stake and the outcome is displayed within a minute. 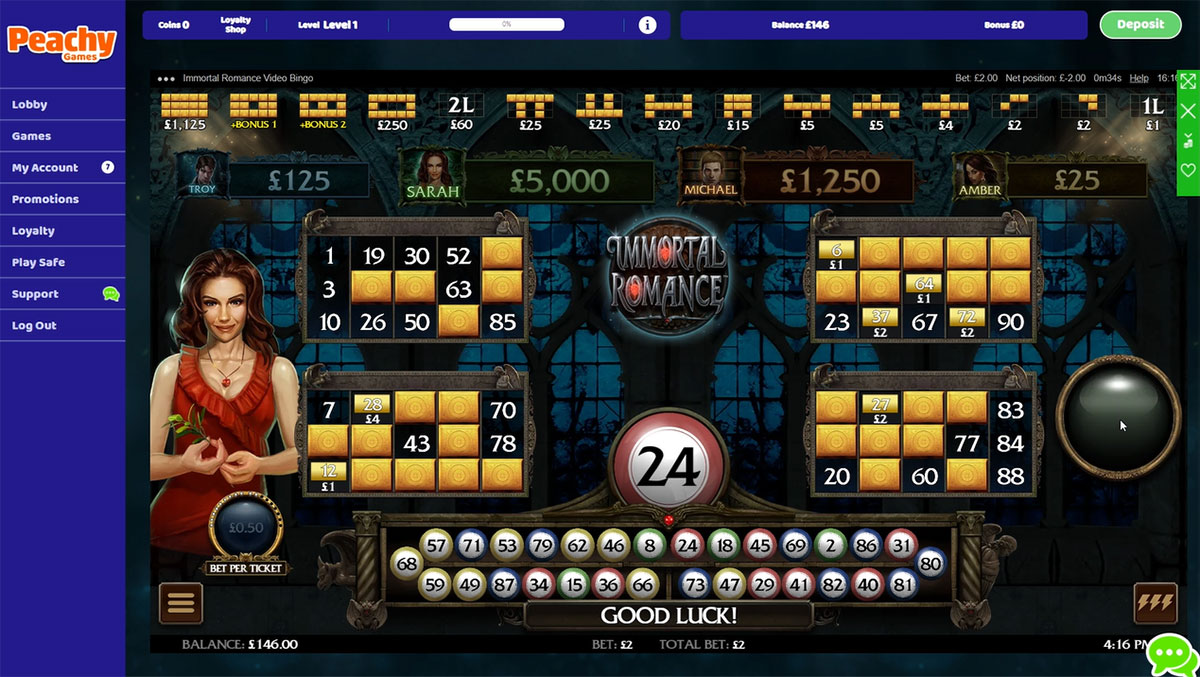 Instant Bingo is very similar in that lines and patterns can award wins, only this time you can purchase extra balls at the end of the game to boost your chances of winning. 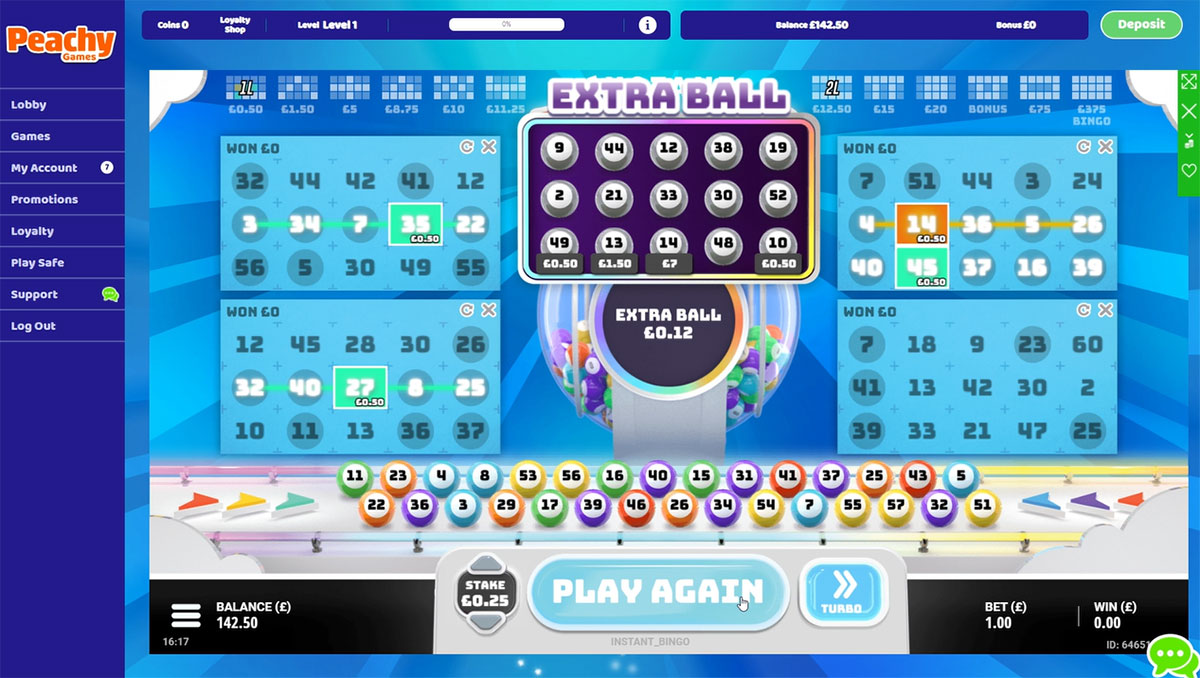 Other fun-filled video bingo games include Sweet Alchemy Bingo by Play’N Go, based on the slot of the same name and Tomatina Bingo, combining all the fun of La Tomatina festival in Spain with bingo for potentially explosive results! Video bingo games are exceptionally fast and playing multiple games will result in spending more cash in a shorter period of time compared to typical online bingo games. 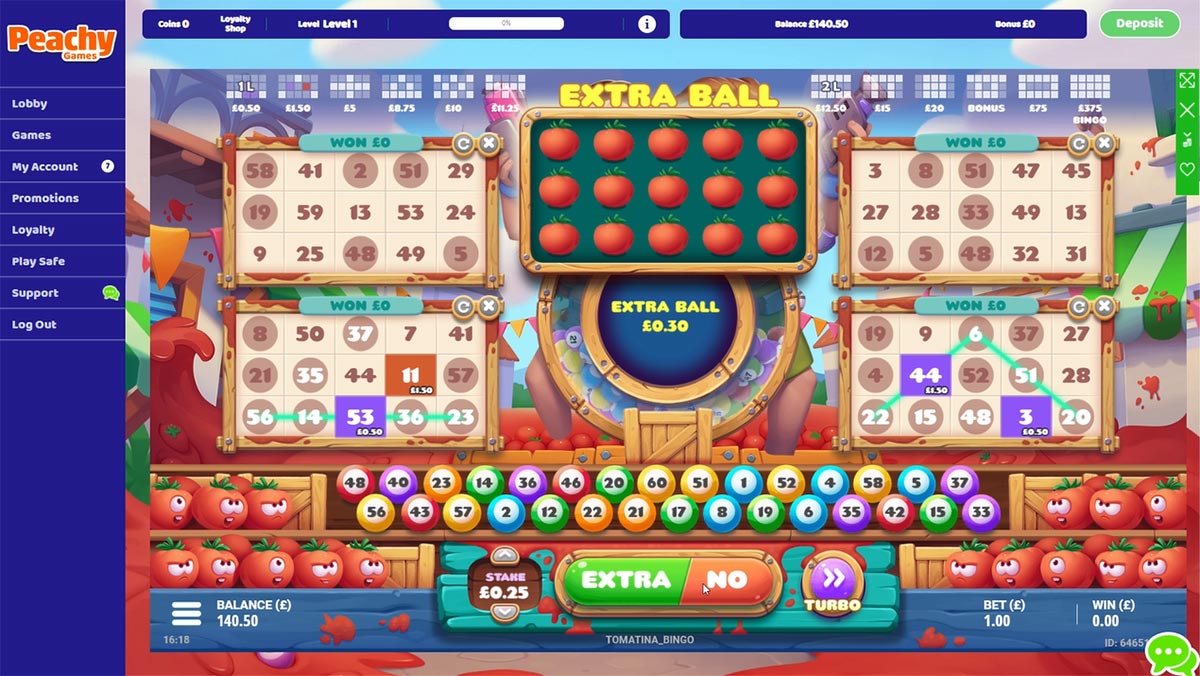 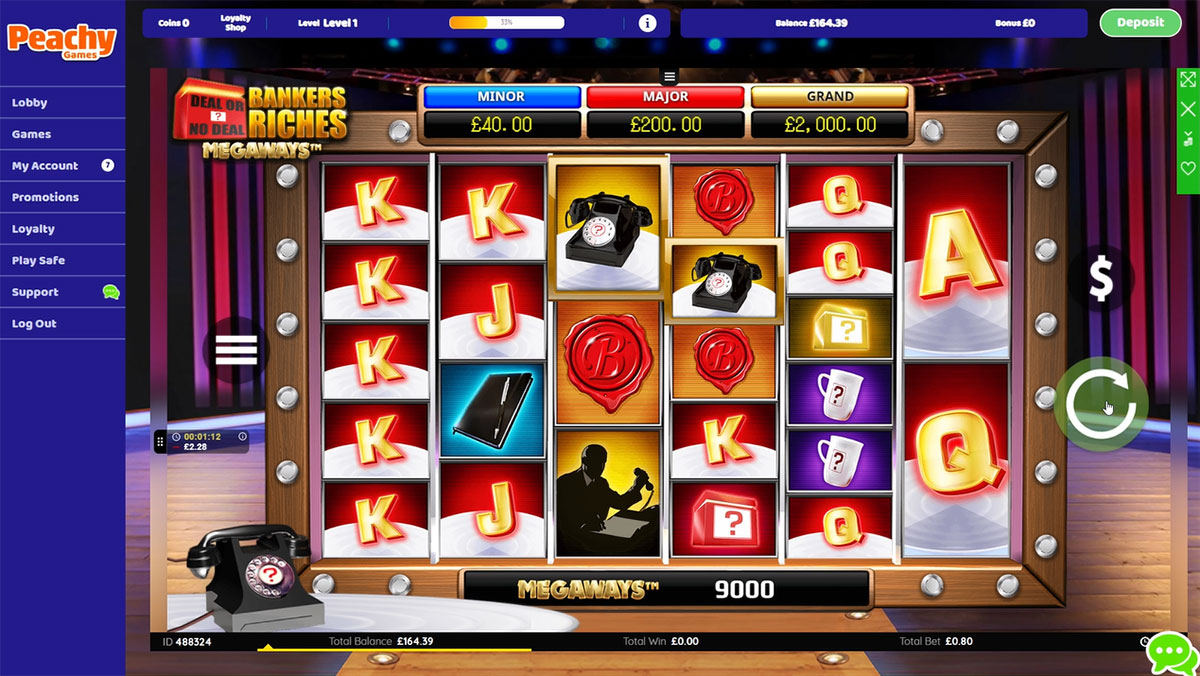 Progressive jackpot games at Peachy Games include Eyecon’s jackpot network of slots – Fluffy Favourites, Shaman’s Dream and Clover Rollover 2, plus Microgaming’s Mega Moolah titles (among scores of others!). The largest of jackpots (at the time), was that of Mega Moolah and our reviewer wanted to see if she could land that epic £12.5m jackpot! Sadly, she didn’t. 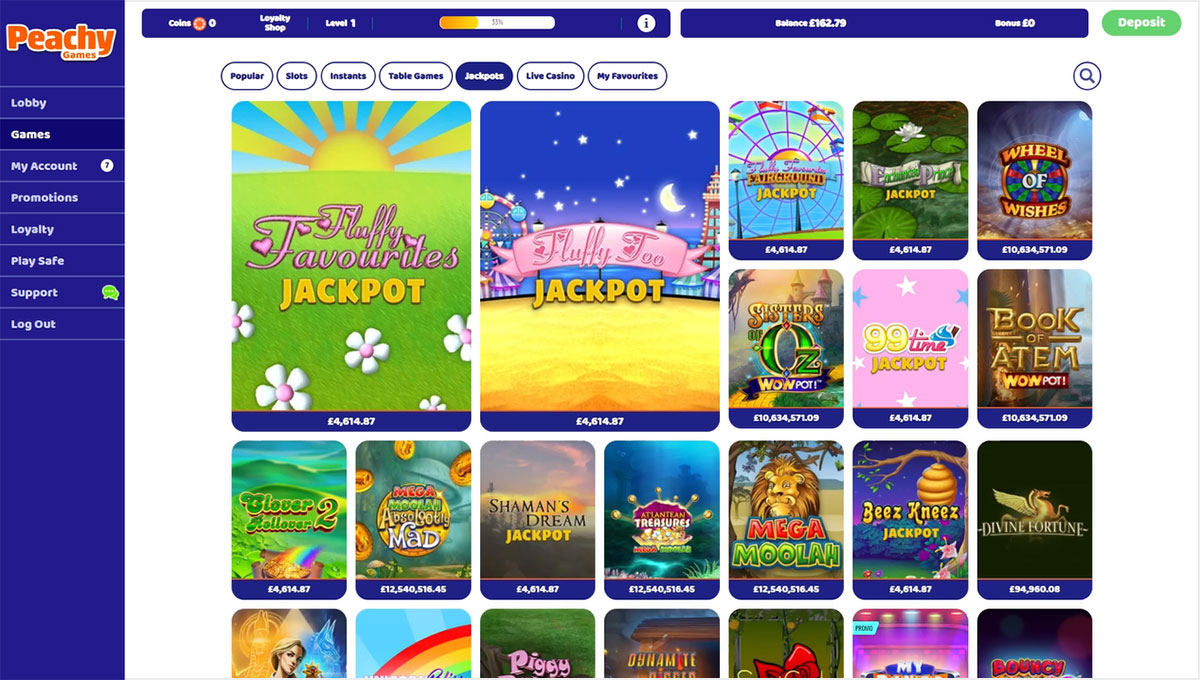 One of our tester’s favourites are the WowPot jackpot and those too had multiple millions waiting to be won. Unlike Mega Moolah, the four jackpots of this game cannot be won at random, instead, the wheel must be triggered (3 symbols) to stand a chance of winning. 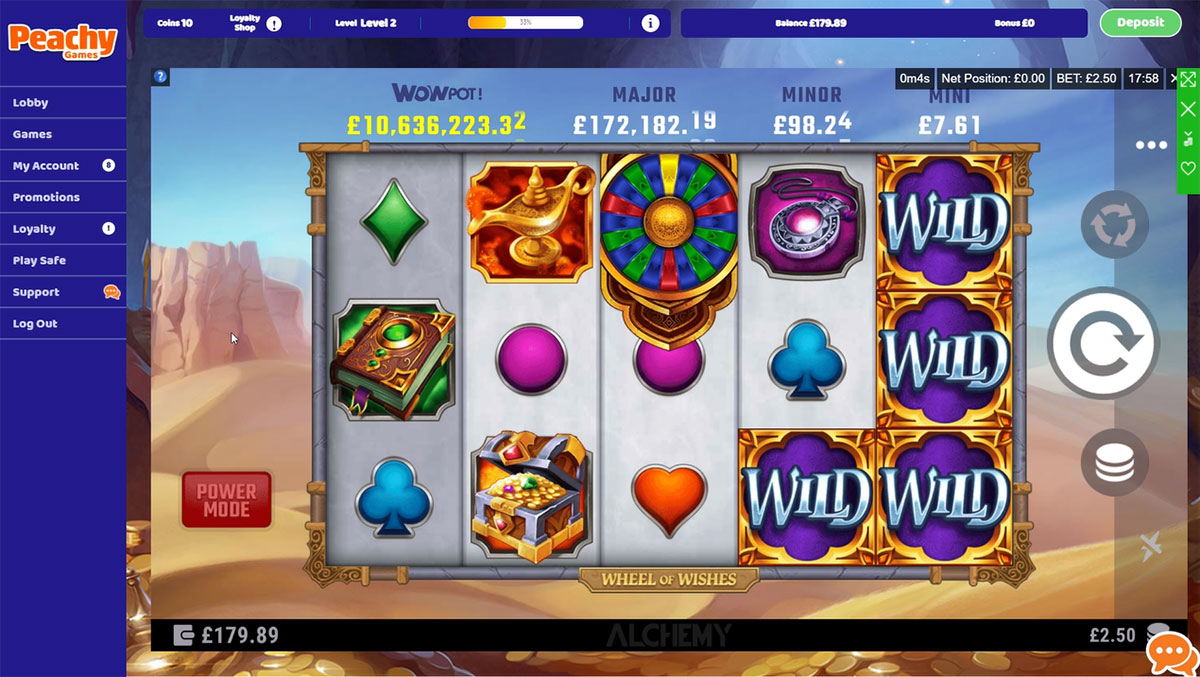 After playing for more than an hour and winning more than her deposit, aintitpeachy decided it was time to make a withdrawal. On Saturday 7th of May, she requested a withdrawal for £210, her entire account balance. 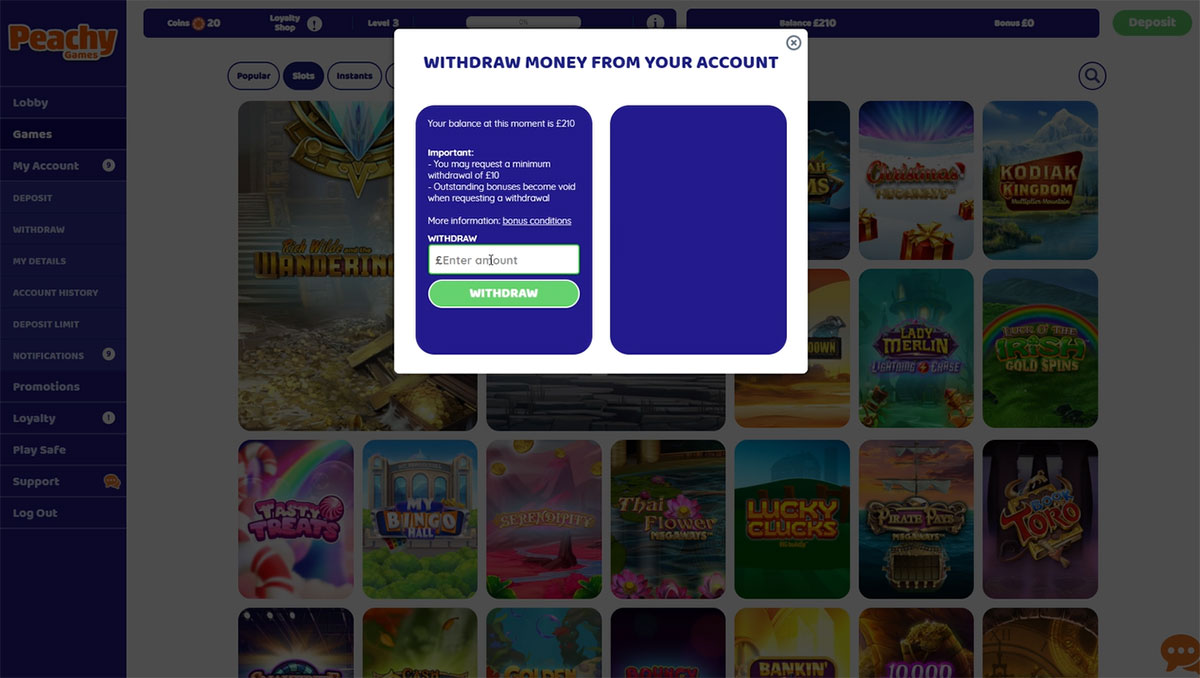 A couple of hours later her withdrawal was processed via PayPal and the funds were available to withdraw. 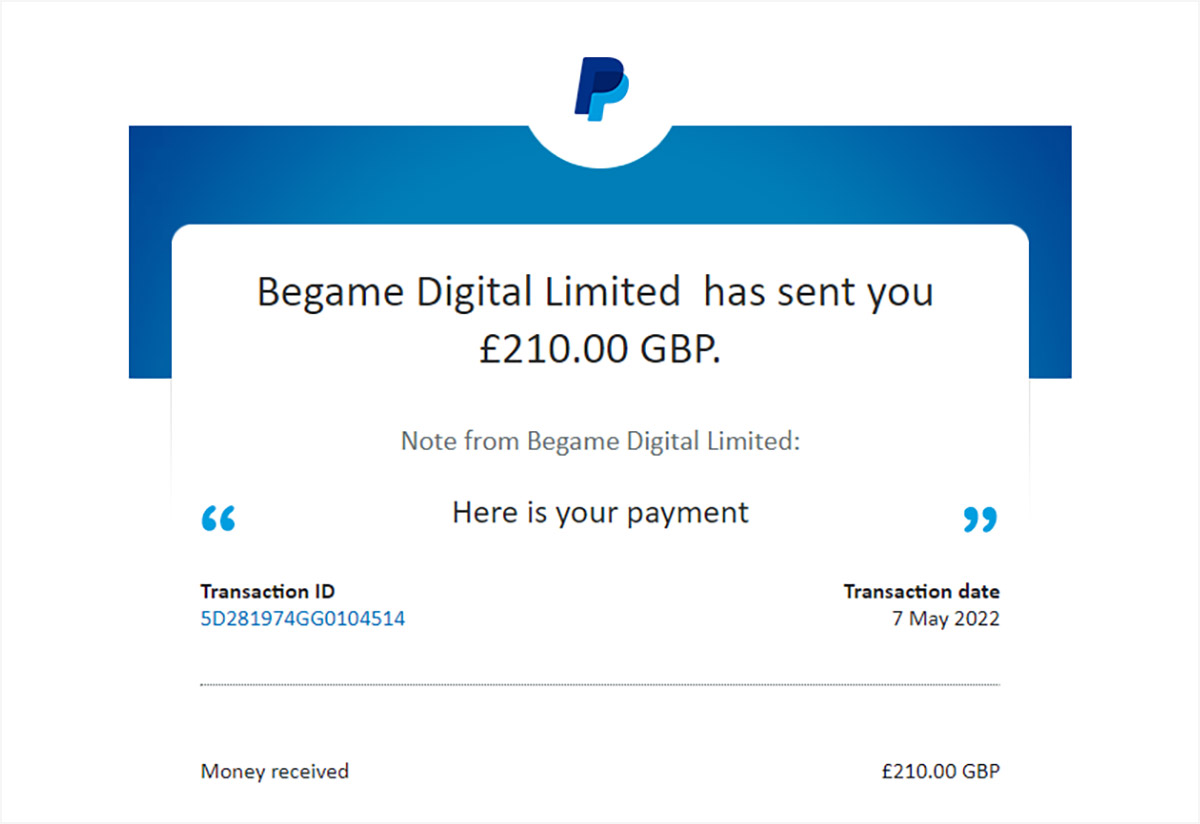 Less than two weeks after our reviewer made a deposit and withdrawal, the operator had an update. The website has had a lick of paint and expanded its products to include proper online bingo rooms! The entire suite of online bingo rooms from Pragmatic Play is now accessible on desktop and mobile with rooms open 24/7!

Bingo variants now include 90-ball, 80-ball, 75-ball, 30-ball, rooms where you can play bingo to win bonus spins and another where explosions of bingo balls lead to 4x quicker gameplay! Pre-buy, Must Drop Jackpots, progressive bingo jackpots, free bingo ticket opportunities and chat rooms await. Up until the update, there was nothing but video bingo and only four games at that. 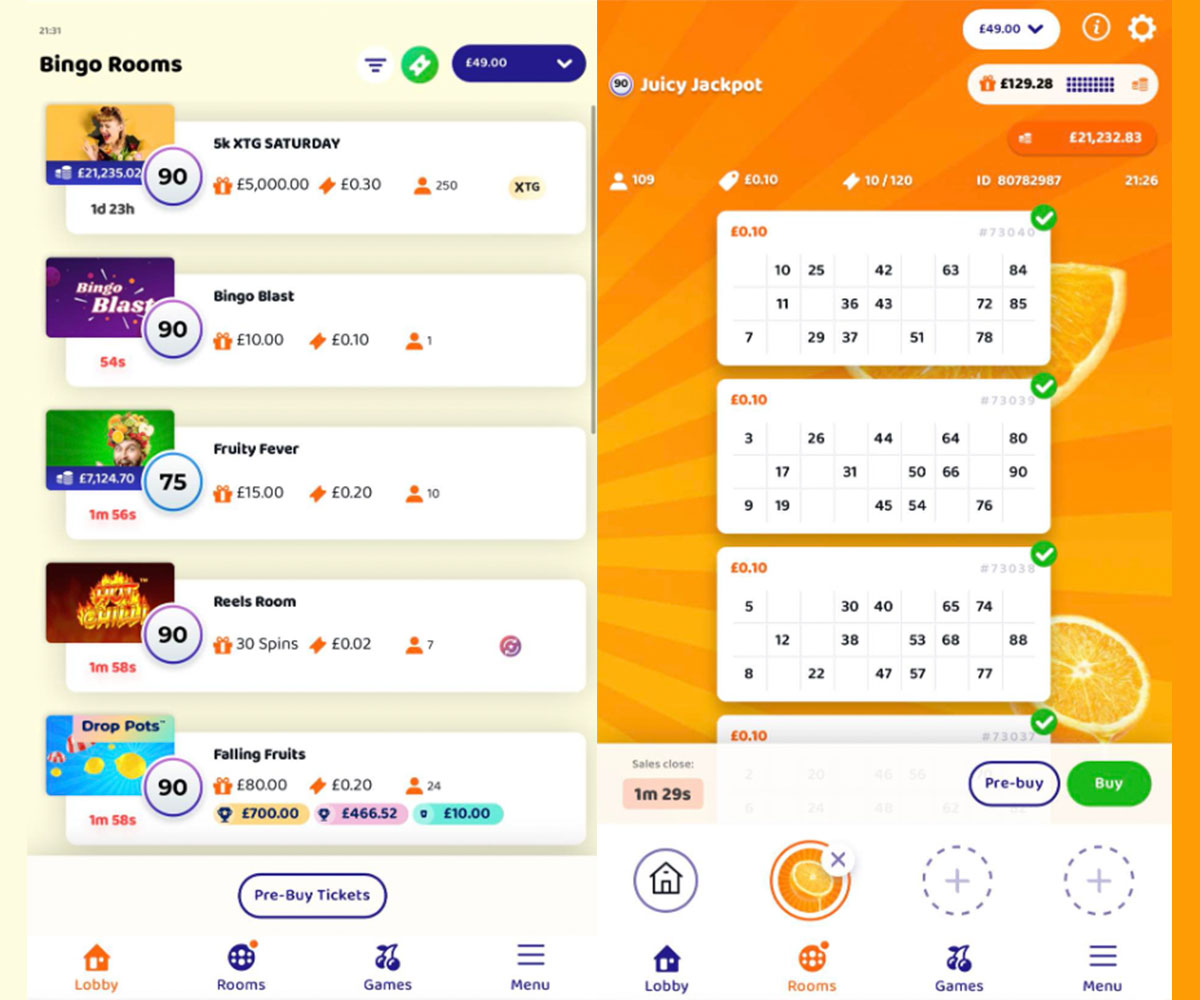 How Does Peachy Games Stack Up?

Our reviewer was impressed by the fair bonus terms, the speedy response from live support, same-day withdrawals and the sheer volume of slots and jackpots available. A lot more has been added in the meantime including online bingo, which makes this a one-stop shop for gamblers.

This information concludes this extensive test as part of the project From the Players, For the Players. If you are a member of Peachy Games or consider making a deposit, we hope this report provided some useful information.

The test passed successfully without any problems. I am always impressed when the withdrawal request is proceed on the very same day when it is made. Good work Peachy...

The test passed successfully without any problems. I am always impressed when the withdrawal request is proceed on the very same day when it is made. Good work Peachy Games :)