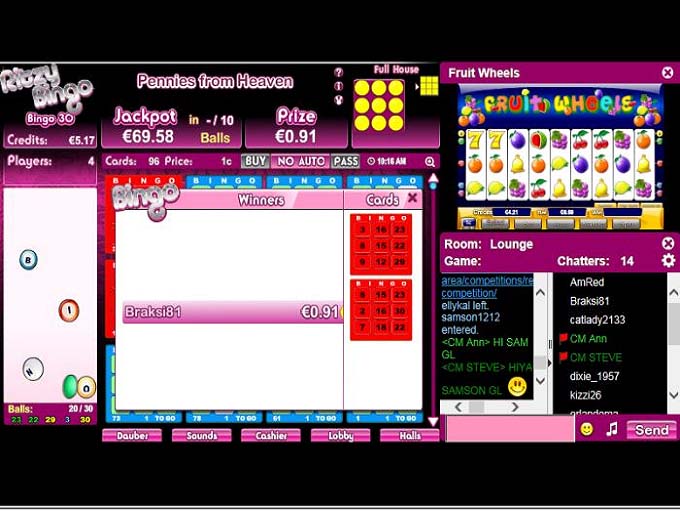 At this time last year I was getting ready for a half-marathon race. To make it more exciting I wanted to run in Rome; since I wasn’t going for any record I just wanted to get in form, and additionally, running around Rome seemed like a great idea. And it was, I really enjoyed it; I even had a decent time for a recreational runner – two hours. This year I haven’t run much; only occasionally if I’m in a mood. Sometimes I play bingo after I go for a run, and sometimes before. If I have a bad bingo session, I usually go for a run just to relax and breathe in some fresh air.

I really wanted to play at Ritzy Bingo; I saw that there were around five players in the 30-ball room so I decided to play only in that room since that’s my favorite version of bingo. It’s called Bingo Heaven and with the ticket price of one penny, I really hoped it was going to be a real bingo heaven. The games were passing by fast and I like the tempo, but what I prefer more is when I’m winning. And this time that wasn’t the case. I had multiple cards with only one missing number.

To make things worse the only game I won I got €0.91 which wasn’t enough to cover my bet. For each game I was buying the maximum number of cards, which was 96. As I said, there were usually five or more players, but in the game I won there were only three players and that was why the prize pool was a bit smaller – it was usual just over €1.It was such a disappointing development. Pretty quickly I lost my money and I didn’t have anything left to play slots. Well, some other time I guess.

After such session I needed to go for a long run. Knowing from my experience, I will fell much better afterwards.