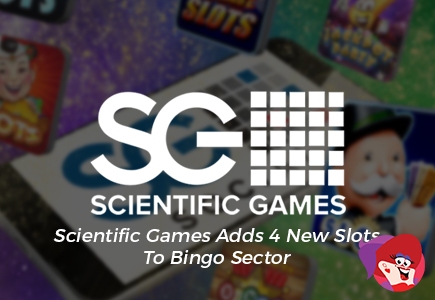 The new additions will be available at online and retail gaming clubs in the coming period, providing continuous unrivalled content experience. Thanks to SG’s renowned network of game studios, including Bally, Barcrest and WMS, the titles will feature a delicious collection of engaging bonuses and perks. Players can expect a lot of entertaining hours during the “extra spins” in-games or “dropzone” reels, enhanced with super and mega variations.

Brand new slot games are primarily directed towards the customers in bingo and arcade sectors. Starting with a royal welcome in Kings Honour, punters will be able to exploit a variety of features, including Colossal Reels and additional fringe benefits. Likewise, there is a Money Burst feature in Soldier of Rome, which is triggered when four money burst reels generate mighty reels with stacks of the same icon.

The last two slots, Action Bank and Rainbow Riches Drops of Gold are developed in classic bingo style, covering similar genre features as their predecessors as well as a jackpot and tendency to become the community’s favourites in no time!

Having several in-house content teams on board will shape all four games into an innovative and thrilling experience, at least according to the company’s director of content, Rick Mountney. By investing creativity in exciting new titles and supporting customers worldwide, the company remains at the very top of all major sectors, ensuring a steady revenue growth from terminals as well.

Mountney is certain that the group will continue to improve its omni-channel product palette in collaboration with leading partner suppliers, hoping that players will often benefit from its leading titles on a wide variety or popular gaming platforms.
Bingo Software Back to articles