The Best Halloween Themed Slots for a Great Big Hallo-Win 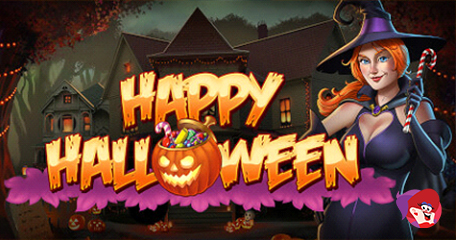 A New ‘Spin’ on the Trick or Treat Process!

Halloween comes but once a year, and for many of us, the thrills come with the build-up to the big day. Last year I had the garden and house decorated for a full 2-weeks before anyone came calling, and when they did, they were super impressed with my gruesome props! Like Christmas, the fun comes with what you do before the big day and I for one like to play games to get me in the Halloween ‘spirit’, games packed full of pumpkins, horror, and gruesome bonus features!

If you’re looking for a great big hallo-win, there are plenty of slot games out there offering just that, but not all of them come with a side order of edge of your seat entertainment! For things that go bump in the night and immersive action, check out my list of top 5 Halloween slots, suitable for both the high stakes player and the minimum bet spinner. Don’t forget to tell us about your favourite in the comments section – we look forward to reading you opinions!

5: Not all Halloween themes have to be blood-curdling! For those a little bit on the squeamish side, Happy Halloween by Play’N Go will be right up your street! The happy, light-hearted theme features all your usual spooky characters – the vampire, mummy, Frankenstein, and Dracula, only with an animated twist. The game features 5 reels occupied by ghouls, mummies, monstrously delicious treats and 50 win lines. Jack ‘o lantern is wild, but not as wild as the winning opportunities put to you in the free games bonus! Three witch scatters award 10 bonus spins and each spin will generate more wilds – stacks of wilds! Total possible win with this one is 1,000,000 coins!

4: Halloween Jack by NetEnt offers up to 600,000 coins, bonus spins and walking wilds, all in an eery setting! Your journey begins in a fog-clouded graveyard where frightful beasts wait to leap out in front of you! Undead horses, hell hounds, eye-pecking ravens, mischievous maidens, and blood-sucking bats are among the walking dead roaming around the reels. Land a pumpkin and a re-spin is triggered. During the re-spin, the pumpkin wild will move one position to the left. All wins featuring the wild will be multiplied by 3x. Three or more trinket boxes award 10 free games where spinning in lanterns will award one of the following:

3: Mr Hallo-win by PG Soft was created in mobile first format, allowing players to immerse themselves into the action on any mobile device. The 5-reel, 4-row video slot features wild substitutions, a mini haunt bonus where symbols are replaced for guaranteed wins and a free games bonus round where sticky wilds like to ‘stick’ around for big wins! Randomly on any spin the mini haunt feature can kick in with hands, skulls, bats, or spiders replacing up to 8 symbols for a greater value win. The theme is fun with chirpy ghosts and a Pumpkin character who likes to take off his head to amuse his onlookers!

2: Pumpkin Smash by Yggdrasil is a fiesta on reels! It’s Day of the Dead (Mexican holiday) meets Pinatas for a cracking good time! Who’d have thought 5-reels and 20 win lines could produce so much fun, but they do with this exciting release! As the name suggests, pumpkins smash to reveal prizes. Two or more pumpkins grant access to the bonus game where the bigger the pumpkin, the bigger the prizes! Three pumpkins during the base game guarantees free games, and then there are instant wins of up to 2,000 coins and multipliers of 2x to 7x for the free games too!

One, Two Freddy’s Coming for You

1: Coming in at number 1 in my list of top 5 Halloween slots is A Nightmare on Elm Street, a gruesome, blood-splattered video slot that has the power to open-up old wounds! Based on the 2010 remake, the Random Logic powered release allows you to relive the action of the movie by spinning the reels. Freddy Krueger is back and he’s terrorising a group of suburban teenagers once again. This man with blades for fingers and a gruesome disfigured face has one goal in mind – to hunt down his victims while they sleep. Having a thirst for blood means you can expect a lot of the red stuff when playing, and when those kids fall asleep, and he finally catches up with them, he will enact his revenge for all to see!

All the characters from the movie can be found on the reels, and when they create a win, you get to see just how they die! All sounds pretty morbid, but if you’re a fan of slasher horror movies, this is the slot for you! Free games, multipliers, wilds, and a progressive jackpot can be found within the blood-splattered reels. You just need to be brave enough to find them! Will you stay awake long enough to evade the psychopathic serial killer? A Nightmare on Elm Street is available to play at Costa Bingo and all 888 gaming sites.

Halloween, the one based on the original movie with Jamie Lee Curtis is my favourite, but the bonus feature takes a long time to trigger. The soundtrack draws you...

Halloween, the one based on the original movie with Jamie Lee Curtis is my favourite, but the bonus feature takes a long time to trigger. The soundtrack draws you in and the characters come to life when a win is formed. Love how they have Michael Myers hovering around the houses with his big bread knife!