This Year's Grand National Will Still Go Ahead - Virtual Style 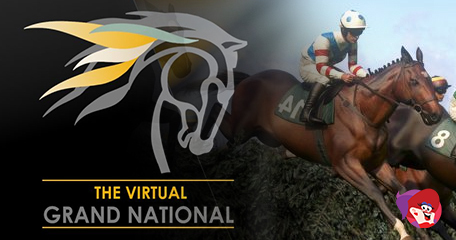 One of the biggest and most anticipated horse racing events of the calendar year was shortly due to take place at Aintree, but due to the Coronavirus, the actual Grand National has been cancelled. However, in an unsuspected turn of events, a virtual Grand National will go head in its place.

The virtual Grand National has been developed by Inspired Entertainment, the Manchester-based software developer and they’re utilising previous form of the horses, views from a panel of experts and up-to-date weather conditions to determine who would most likely have won.

But, can we really trust technology? At the end of the day, it will be very similar to playing online casino games or online bingo – both use a random number generator (RNG) to determine the outcome, but it’s not going to be the same as watching the race unfold live. Is it?

Forty runners who were most likely to have taken part will feature in the televised line-up with CGI technology and special algorithms playing their part in the race. And, the outcome will be completely random!

Executive Producer of Carm Productions, Rob McLoughlin said: "We use the latest CGI technology and algorithms and were ready to go ahead as a forerunner to the big race, but now we want to cheer the nation up and ask the computer if history could have been made."

Over the last three years, a virtual contest has run on the Grand National and it boasts a good record when it comes to predicting the actual outcome. In 2017, it produced six of the top-10 finishers and the runner-up in the real race. A year later, six of the 12 finishers and the race winner were predicted correctly.

Steve Rogers Chief Commercial Officer for Virtual Sports at Animators Inspired said: “We were in disbelief for days afterwards. The races stand out on their own as sport and entertainment even without the extra ingredient of attempting to tell the nation where their favourite may finish.

In 2017, Cause of Causes won the Virtual Grand National and came a close second in the real race hours later. The 2018 result was breath-taking as Tiger Roll won both in almost identical circumstances and the computer chose three of the top five finishers, including the Tiger, in 2019.”

You Won’t Have to Wait Fur-Long

It wasn’t known until a few days ago whether ITV would broadcast the event on television, but with the ban on all sportsbook currently in situ, they decided to go ahead with the race. The virtual Grand National will be broadcast live on ITV at 5pm (BST).

Interestingly, this isn’t the fit time virtual sports have been introduced during a global pandemic. In the early 200’s when foot and mouth as doing the rounds, more and more online operators turned to victuals as a way for punters to place bets on the likes of the Cheltenham Festival, although, it wasn’t a televised event.

Land Based Sportsbook News Back to articles

Well this is certainly a first for me! I’ll be tuning in for curiosity value!