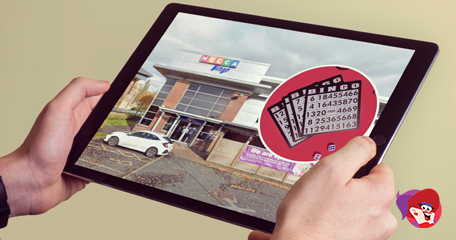 Big bingo wins are not uncommon, but two big bingo wins in the same club in the space of a couple of hours is, and it’s only just recently happened!

Mecca Bingo joins forces with hundreds of other clubs up and down the country, multiple times a day to bring big prize money games, they even link up with competitors to ensure the biggest prize pots possible…

…and because of this, one branch, the Paisley branch, saw two big winners in the same day! The National Bingo game is played twice a day, once in the afternoon and then again in the evening, with just a full house prize and guaranteed cash win in every club.

That’s How To Do It

The first customer, who wished to remain anonymous, won the top-prize of £50K at the Saucel Crescent club. The 50-ball bingo game has 5 tickets per strip, each with 10 numbers. The multi-level jackpot game has additional jackpots of £100 for wins within 24 numbers, £1K for wins within 20 numbers and that top prize of £50K for a full house win within 16 calls; our first winner managed the latter.

A few hours later, during a different networked bingo game, another player hit a jackpot of £12K! And guess what? It was another case of first time lucky – this was the lucky lads very first time at bingo, he joined his mum and won a fortune!

There’s a lot of beginner’s luck floating around this year for sure! Not so long ago a bored single father decided to google for fun things to do and his search engine showed him bingo halls in his area. Off he went and he was mighty glad he did because by the end of the night he had won £150K!

Grant Munro, general manager at Mecca Bingo Paisley, said: “It always gives us a thrill when one of our players wins big, and these jackpots were no exception. We’ve had a very lucky few months, with two £50,000 prizes plus our £12,000 newbie winner, so it definitely feels like Paisley’s on a winning streak. The day of the two big wins, the atmosphere was electric with everybody congratulating the players – there’s a real sense of community about bingo, which is lovely to see.”

To date, over 29,000 bingo players in the UK have won a National Bingo Game jackpot and there are likely to be more by the end of the year. Tickets are £1 for 2 or £2 for 5 and are bought in addition to in-house session games. Check your local bingo club for rules on when and how to play.