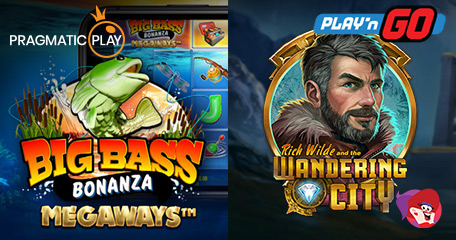 Rich Wilde is back and he’s looking to take you on an exciting new adventure in Rich Wilde and the Wandering City. Styled on that Indiana Jones look complete with a fallen city, dangerous quests and a thirst for big riches, Play’n GO is pulling out the stops with their latest release. According to Patagonian mythology, the Wandering City is a hidden city between somewhere between Chile and Argentina and what surrounds that city? Mountains packed full of gold!

Many have tried to locate the city and its gold, only none have succeeded. Will this be Rich Wilde’s time to shine? If you accompany him on his journey he promises his best to reward you with 243 ways to win in each spin, multipliers and bonus spins complete with an expanding symbol.

Commenting on the latest Rich Wilde adventure release, Head of Games, Charlotte Miliziano, said: “It was only a matter of time before we visited Rich Wilde again. This is such a popular series and although there are a lot of similarities, we wanted to create an environment with winter themes which is why we see him exploring the mountains. We also wanted to find new ways to excite players without creating a game too different to the prequels; so merging Dynamic Payways with Special Expanding symbols was the perfect way to do this.”

Big Bass Bonanza Megaways is here, and it promises even more fun than its predecessors! Don’t be put off by its appearance though, yes, it may look identical to that of Big Bass Bonanza and Bigger Bass Bonanza, however, Pragmatic Play have pumped one or two extra surprises into the reels, and I’m here to tell you all about those!

Megaways reel engine means multiple ways to win per spin – up to 46,656 to be precise. Cascading symbols make way for new symbols and as long as you keep winning, the process continues. When you have three or more scatter icons in view, this is where the fun and big wins begin! During the free games feature, all fish and their stated value are won when an angler also makes an appearance. Should more than one angler land on the reels, the value will be multiplied – 2x for two anglers, 3x for three and so on.

Spin in four anglers anytime during your spins and generate more freebies - 10 additional spins with a 2x multiplier. A further four will award 10 more spins at the end of your current games with a 3x multiplier. If you happen to land 4 or more once again, it’s 10 more spins only this time you get a 10x multiplier! These multipliers are not only applied to your win spins, but the value of any fish that are gathered too!

Now for those surprises…

…the first one being when one or more fishermen appear with no fish values, an explosion may take place. This in turn causes fish to appear and this means prize money will be added to your bankroll. The second is similar in terms of no fish landing when an angler does, and it could result in a bazooka blasting away low value symbols for higher paying, fish, or a combination of both!

Love the sound of the big bass slot! Anything with Megaways I like. The rich wilde one sounds too similar to the others, but I’ll give it a go.