Bingo Gets its Own Movie – You Ready for Bingo Hell? 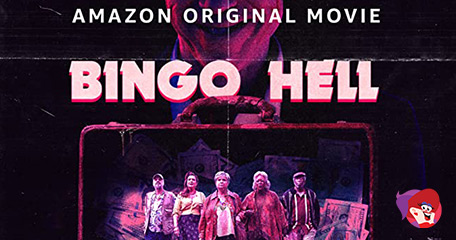 There’s a new type of bingo game in town, one where the residents are dying to play! Bingo Hell is a new Amazon Original movie based in the Barrio of Oak Springs, a small town where a handful of residents refuse to be gentrified. As the wealthy move in with their ideologies of making things bigger, better, and newer, a stubborn group of friends decide to retaliate. With a passion for playing bingo, they will stop at nothing to protect the place they call a community hub – the local bingo hall! If you ask me, it sounds like one hell of a great movie!

Tired of the new neighbours’ attitudes, they continue to live their daily lives, as humble as they are., only, the richer residents have other ideas on how to alter their own fortunes! The film itself focuses on a bingo venue where the town’s people like to play bingo and socialise. Eyeing up an opportunity, the rich-folk decide to sell the hall to the highest bidder in an attempt to move the less fortunate and aging group of friends on, but little did they know, the bingo hall is about to be snapped up by aforce more powerful than money itself – evil!

The main character featured in the trailer is a sixty-something woman called Lupita who strives to make the low-income community a better place to live, but all that is about to change. Mr. Big, an unknown gentleman has acquired the bingo hall from right under the residents’ noses and he’s about to put a new spin on playing to win. Instead of playing to win cash in some of the best bingo games, they will be playing to stay alive! Hardly surprising when you learn the movie was directed and co-written by Saul Guerrero and co-executive produced by Shima for the Welcome to the Blumhouse series of films.

The opening line from Mr. Big is terrifying, “I look around this beautiful community of yours, and you know what I see? Each and everyone of you has a big dream, we all have that one thing we still yearn for. They say money can’t buy you happiness, I disagree. Welcome to the game!”

Flashing lights, endless games of bingo with various offers and promotions, machines packed with cash, fruit machines and table games – the setting is more akin with Las Vegas than a deteriorating town, and all but one resident is amazed by what they see. Lupita senses something is amiss and it’s not long before we witness a new way to play bingo – a bingo game of survival!

What’s the verdict? Highly entertaining, plenty of thrills and edge of your seat entertainment, but unless you’re a fan of gore, you may want to give this one a miss. We give this new bingo themed horror a solid 8 out of 10! How will you rate it?

Sounds like a fun movie to watch! Never seen one based on bingo before. It sounds a little like Squid Game, although I didn’t rate that much at all. The ending was...

Sounds like a fun movie to watch! Never seen one based on bingo before. It sounds a little like Squid Game, although I didn’t rate that much at all. The ending was terrible.