Deadbeat Mum Leaves Baby in Car for 5 Hours in 37.5C Heat to Gamble 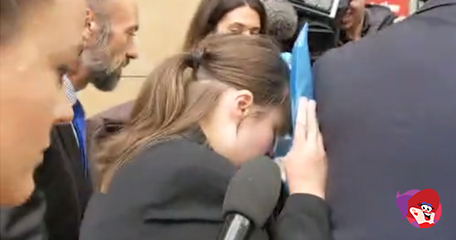 A wicked mother from Australia has been hauled before the County Court of Victoria (Australia) for a crime of a shocking and heart-breaking nature. In 2020, Kaija Millar, then 32, made the sane decision to lock her 14-month-old son in the car with all the windows up, while she went to play bingo and slots in a hotel over a five-hour period! The court heard how temperatures reached 37.5c in Melbourne’s west, leaving little Easton with very little chance of survival.

Another shocking revelation the court heard was the fact the mother made the conscience decision to switch the car’s air conditioning off. She never thought to check on him once during her five-hour gambling stint until it was way too late. Emergency services arrived at the scene and rushed the little baby off to hospital where his fragile body had taken a battering from the blistering heat.

As a result of the unbearable temperatures, baby Easton’s internal temperature had skyrocketed to 40C. Sadly, this resulted in renal failure which distorted his liver causing him to go blind and severely damaging his brain. At the scene, the mother pleaded with witnesses not to tell her husband as her baby boy turned a grey shade of blue.

Operators took a call from a distressed mother who claimed her baby had been suffering from smoke inhalation from nearby bushfires, but this was all a fabrication to cover what she had done! Her lies continued when she told officers and paramedics that she had all the windows down and was checking in on him regularly, before shouting “I don’t want to go to jail.”

CCTV was obtained from the area and was detrimental in this case, as it proved the mother did not leave the windows down and did not check on him until five hours of gambling had passed. The only tears the mother cried were when she was told she would be going to jail! Her crocodile tears fell down her face as she revealed she only wanted her son to survive to stop her from being locked away!

In the weeks leading up to this, Millar had been gambling regularly and left all the bills to her husband to pay. She had also previously pinched an Uber driver’s wallet and only then narrowly avoided a conviction. A big win in recent weeks led her to believe she would win again, but she was not a responsible gambler https://latestbingobonuses.com/news/the-safest-way-to-play-ahead-of-safer-gambling-week-2021, but someone who had an urge to spend every bit of money she had on games of chance.

If convicted, she will spend at least 5-years in jail. Her son, who only has a 50/50 chance of survival with lifelong care will not be so lucky with permanent injuries that will affect everything from his speech to his ability to move, eat by himself and see.

Source: “Pokies Mum Who Left Her Baby in a Hot Car for FIVE HOURS with All the Windows Rolled Up While She Gambled at the Pub Pleads Guilty in Court Hears the Child Requires Lifelong Care After Suffering Massive Brain Damage”. Daily Mail. November 3, 2021.

Absolutely heart-breaking for that child and his family! How any sane person could do what she did is beyond me!