It’s Smackdown for IGT as They Clinch WWE Distribution Deal 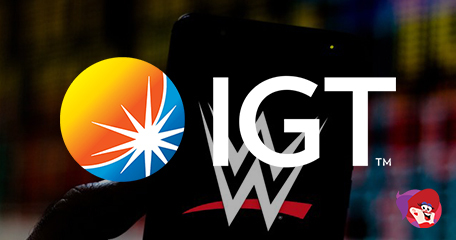 Let’s Get Ready to Rumble!

International Game Technology (IGT) have wrestled with stiff competition to clinch a multi-year exclusive licensing agreement to deliver WWE-branded omnichannel lottery games. World Wrestling Entertainment, or WWE for short, may be an American integrated company that is known for its bouts of competitive wrestling, but it’s one that is enjoyed around the globe with more than 900 million homes tuning in to watch the action unfold.

Founded in 1952 as the Capitol Wrestling Corporation, they are responsible for creating some of the biggest names in Hollywood including John Cena, Dwayne ‘the Rock’ Johnson, the Undertaker, Triple H, Ric Flair, Randy Orton and Batista. The develop and distribute deal will include turnkey promotional programs which will feature the WWE logos, WWE superstars plus references to events and television programs.

WWE content is available all-year round with global audiences accessing wrestling entertainment in 28 different languages on streaming devices such as Sky Sports, BT Sports, Sony India, NBCUniversal and Fox Sports. The network is made up of live pay-per-views and an on-demand library of action ranging from recent bouts in the ring events from the past.

Alex Varga, WWE VP Revenue Strategy & Development, added: “IGT is the clear industry leader in the lottery and gaming space, and we look forward to collaborating by bringing our intellectual property to our fans and lottery games around the globe. This is an exciting opportunity for us to continue to leverage the strong crossover between the WWE Universe and another segment of the gaming landscape.”

IGT, formerly Gtech S.P.A and Lottomatica S.P.A was founded in 1990 and is responsible for some of the most popular online and land-based slots we know and love to play, including Golden Goddess, Cleopatra, Wolf Run, Da Vinci Diamonds, Pixies of the Forest 2, Cats and Wheel of Fortune. MegaJackpots is the IGT progressive jackpot network (seeded at £1million), offering substantial cash to those who manage to turn the reels into nothing but jackpot symbols.

I absolutely love WWE, but it never seems to be on as often nowadays. I have all the sports packages and it’s on once-a-week if you’re lucky and then only for an...

I absolutely love WWE, but it never seems to be on as often nowadays. I have all the sports packages and it’s on once-a-week if you’re lucky and then only for an hour of highlights. Everything is online now.