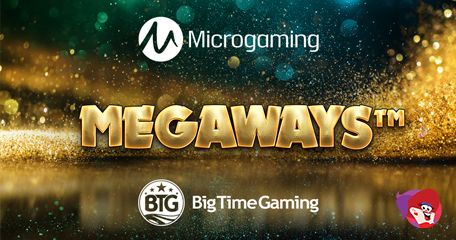 Microgaming has clinched a deal with Big Time Gaming – the software company who created a revolutionary and pioneering new slot mechanic known as the Megaways, which will see the Isle of Man based software provider releasing a number of slots with the much-loved 6-reel engine with up to 117,649 ways to win (at least!).

John Coleman, CEO at Microgaming, said: “Megaways has had huge success and we’re excited to be integrating the mechanic into some of our future games. Big Time Gaming are proven innovators, and we are delighted to extend our relationship with them and grow their presence on our platform.”

A series of Microgaming powered Megaways titles are earmarked for release in 2021 with Shamrock Holmes being the very first to hit the online bingo and casino scene. Now, the upcoming casino game is not to be confused with Shamrock Holmes by Mr Spin; the two are totally different games with totally different features, although we suspect them both to be identical in terms of theme.

Megaways slots have been one of the most popular types of games to play since Bonanza – the very first slot with the Megaways mechanic landed back in 2016. We’ve seen titles come from Red Tiger Gaming, Blueprint Gaming, NetEnt, Pragmatic Play (their Great Rhino release) and even Inspired Gaming! More and more software providers are realising the potential of the 6-reel engine with its multiple ways to win per spin so it’s no surprise to see Microgaming jump onboard. We’re wondering why they haven’t done it sooner to be honest!

Nik Robinson, CEO at Big Time Gaming added: “We’re on a mission to bring the Megaways revolution to a bigger audience, and they don’t come much bigger than Microgaming. These guys were industry pioneers and today they remain one of the biggest forces in the gaming space. As ardent slots fans, we’re delighted to be contributing in a small way to the Microgaming story.”

What are Megaways slots? Do you really need to ask? These types of slot machines are superb, fun, exciting and are packed with features. And yes, most slots are but there are reel engines featuring the Megaways mechanic that deliver more than 200,000 ways to win per spin! Wait! Actually, there’s one in particular with up to 1,000,000 – yes, one million ways to win per spin and it’s called Spartacus Megaways!

While two Megaways slots are never the same, the features are fairly similar. The Reel King Megaways title delivers cascading symbols for consecutive wins with a mini slot machine bonus and a free games trial while Hypernova Megaways offers cascading reels with a money re-spin and win feature opposed to a bonus spins round. What will the new 2021 slots have to offer? We’ll have to wait and see!

Love Megaways games but winning big is almost impossible! Small wins all the time, so maybe I’m playing wrong, I don’t know! Can’t wait for the new ones.