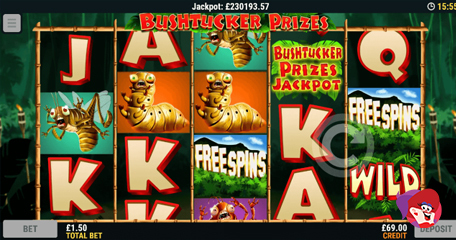 Did you guys tune in to I’m a Celebrity Get Me Out of Here on Sunday? The opening episode was a corker! I must admit, I didn’t know all of the ‘stars’, but it was fun viewing, nonetheless. Shane Richie had me in stitches from the outset with his one-liners “Who are you again?” to Mo Farah and when it came wanting the year Beverley Callard first appeared in Coronation Street, he uttered “There’s not enough digits!”

Series 20 of the reality TV show is very different to what were used to with Ant and Dec and ten stars braving the unpredictable Welsh weather! Sir Mo Farah, Jessica Plummer, Bev Callard, AJ Pritchard, Vernon Kay, Hollie Arnold, Jordan North, Giovanna Fletcher, Victoria Derbyshire and Shane Richie had to work together to reach the castle; half up the cliff, half down the cliff and before the rope was even set-in place, Jordan decided to feed the grass some of his breakfast!

It seems we’re all lovers of…

…I’m a Celebrity Get Me Out of Here with the hashtags trending on Facebook and Twitter throughout the hour show. While things are undoubtedly different this year, Sunday’s opening episode proved it won’t stop the fun! And there’s one place where you can take part in the fun without the risk of losing any money or the risk of chewing into something un-dead – Mr Spin Bingo!

Mr Spin’s highly Ant-icipated game is finally available to play and it’s one packed with creepy critters and big win potential; so big in fact, it will make the hair stand up on the back of your neck! Bushtucker is a 5-reel video slot featuring 15 locked win lines and the symbols look like they’ve just been shipped in from the I’m a Celeb base camp in Australia!

Get your teeth stuck into some…

…great wins without biting off more than you can chew with a no deposit bonus offer where you get to play for free! As many as 35 free games are waiting to be won on the wheel of fortune; just log in and give it a spin! The progressive jackpot (of more than £200K) is awarded on a complete win line of Bushtucker Prizes Jackpot icons – but there are other symbols to keep your eyes on too!

Wilds – naturally, the iconic I’m a Celeb logo only with the trademark wording replaced with the bonus spins message; three symbols awards 5 spins, only during the feature, the gathering of stars could lead to the opening of an enhanced feature where the multiplier could grow to 20x! You may be surprised to see the bugs, but the bugs are far more surprised than you, because they know exactly where they’re going – in your stomach!

Three red seven symbols will award the wild trials bonus where you could win up to a mega 15,000x – you usually only get that at online casino establishments! A single spin is awarded on a new set of reels where you can win on them all (5 lines!)! Are you brave enough to give it a try? Let us know how you get on!

The resemblance to the show is uncanny! I’ve just won 20 free spins and managed to win £10.25. Even the sounds are what you’d expect to come from the reality TV...

The resemblance to the show is uncanny! I’ve just won 20 free spins and managed to win £10.25. Even the sounds are what you’d expect to come from the reality TV show. I actually really like it and it’s the biggest multiplier I’ve seen from a Mr Spin slot.