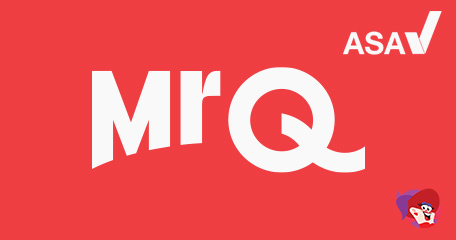 Think Before You Act!

In the world of online gambling, operators have to be creative in order to stay ahead of the competition and sometimes they can let their standards slip. Not only do they have to come up with engaging games and exciting promotions, but adverts too, adverts that are strictly for adult eyes only. If something is deemed as inappropriate they will be flagged and reprimanded by the laws that be, but there are instances where they could be fined millions of pounds!

Not Such A Marvel-Lous Idea

Gaming group Lidar Media, who own the no-nonsense-no-wagering MrQ brand, have been censured by the UK’s advertising regulator over a Spiderman advert. Marvel fans such as I will recall a scene from the ‘Spiderman No Way Home’ movie where three spidermen are pointing at each other. Well, MrQ used the animated version of this very scene in a Reddit ad promoting their casino.

What’s wrong with that? The Advertising Standards Authority (ASA) found that the image was more likely to appeal to children than it would adults. Complaints started to trickle in from June when the ad went live and as such, ASA has ruled that this very ad must not appear again. Lindar Media who have had no previous warnings or regulatory sanctions admitted that the ad could have appealed to minors, has vowed to ensure further adverts will be age appropriate.

It's Goodbye From Us!

The comic-book style ad was placed by an ad agency who claim to have followed audience targeting. They believed they system was only targeting people who were interested in gambling therefore it would be unlikely to be seen by children. That being said, Lindar Media had approved the ad before it went live but they hadn’t actually seen the image.

Lindar Media have strict marketing terms and conditions which state agents must not use images of famous individuals or brands and due to this fiasco, they have parted ways with the agency. Reddit hadn’t received a single complaint in regard to the ad but has since updated its policy to ensure cartoon characters are not included in paid-for gambling advertising.

In upholding the complaint, the ASA said: “The ASA understood the ad was making reference to a popular meme. Nevertheless, we considered that a cartoon depiction of Spiderman, a popular comic book character, was likely to appeal more strongly to under-18s than it would to over-18s. We therefore considered that the ad, which featured three cartoon depictions of Spiderman, was likely to have particular appeal to children and concluded that it breached the code.”

Adults watch Marvel films more than children, I saw it in a poll but cartoons and spiderman in particular are extremely popular with young children. A lapse of judgement...

Adults watch Marvel films more than children, I saw it in a poll but cartoons and spiderman in particular are extremely popular with young children. A lapse of judgement has got them in hot water. If it’s the first problem they’ve had I can’t see it happening again.