Playboy Among Series of New Microgaming Slots This November 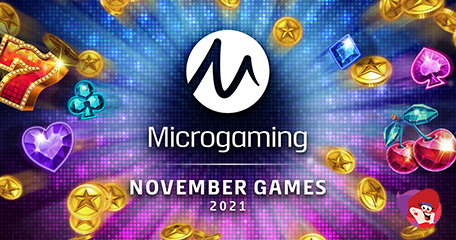 A Sneak Peak at What’s to Come

The number thirteen is said to be unlucky, but it’s a number that is set to be lucky for numerous people this month as Microgaming announce 13 new gaming titles with multiple winning opportunities. From 4,096 ways to win per spin to 7,776 ways via expanding reels, Hyperspins mechanics to multipliers of up to 25,000x, they know how to deliver edge of your seat entertainment, and for any level of bet!

A series of games are not only set to include reels, bonus features and big jackpots, but table games and video bingo too – there really is something for every type of player! Plus, there are a number of games going live on the Microgaming platform from their aggregation partners, some of which are already available to play! Take a look at what’s to come and let us know your thoughts below.

Coming to a Microgaming powered online bingo and casino venue near you soon!

You can watch previews to the games on the Microgaming YouTube channel. Mustang Riches looks very similar to Mustang Gold, only with the added benefit of expanding...

You can watch previews to the games on the Microgaming YouTube channel. Mustang Riches looks very similar to Mustang Gold, only with the added benefit of expanding reels and multipliers.