Playing Bingo - Is It Down to Luck or Strategy? 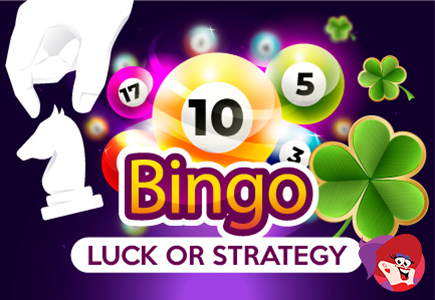 By now, you should know that bingo is a numbers game that requires players to match the numbers on their ticket before anyone else to win, but is it down to luck or is there an element of strategy involved? If there anything you can do to tip the odds in your favour? To try and answer these questions, I’m going to explore the history of bingo, bingo myths, bingo beliefs and the facts.

Bingo isn’t a new invention believe it or not, as it dates back to the 16th century where it was known as Lo Guioco del Lotto D’Italia in early 1530, which roughly translates to ‘the game of lotto in Italy’. The game was typically played on a Sunday and due to its sheer popularity, the game soon took off and found itself in France, where it was renamed Le Lotto. Fast forward to 1778 and bingo became a game for the rich. Aristocrats would take their seats to mark their tickets, but instead of bingo balls, wooden chips were pulled from a drum and whoever covered a horizontal line first, would find themselves on the winners' list. 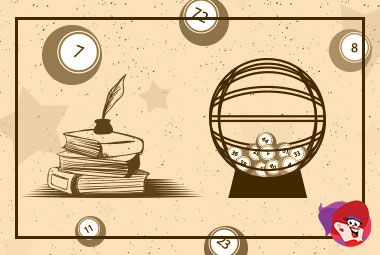 The Germans are known for being great inventors, from Aspirin to the first car powered by petrol in 1885, but in 1880, the Germans turned their attention to bingo and began working on it as an educational tool. During a trip to Europe, Hugh J. Ward, the American-born stage actor visited Europe and made a note of his bingo discovery. Upon his return to the US, he developed his own version of the game called Beano. More recently in the 1960s the bingo hall invention took off and saw scores of players visiting for a chance to win cash and prizes, but the bingo hall saw a huge decline in numbers in the 2000s, which many believe is down to the smoking ban.

Today, millions more players are trying their luck with bingo thanks to technology allowing players to log in from desktop, laptop, mobile and tablet devices. The UK Gambling Commission (1) estimates that the gambling market is worth more than £14.4bn!

Bingo is a very popular game and by its very nature, it attracts plenty of controversy, especially from disgruntled players. I’ve been in many a bingo chat room where players claim that the system is rigged and another popular one is that the bingo site only lets the ‘big spenders win’ – but is this true? Should you be worried? Well, the answer to this is no! Take a look at the popular myths surrounding bingo below. 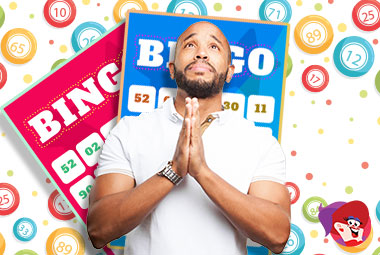 Do lucky charms have an effect on your chances of winning? This is a tough one because I have a lucky charm, but I don’t always win! If it wasn’t for my bad luck – I’d have no luck at all! Believing in a lucky charm brings positivity and positivity has got to be a good thing, because if you start off by thinking you’ve got no chance of winning, then you’re doomed before you’ve even started playing! The majority of bingo players have a lucky charm and they believe that it is down to this whether they win or not!

What about lucky seats? Please don’t get me started on these! Last week, I went to my local bingo hall and sat down with my tickets. Within 10 minutes I was being delivered deathly stares from a woman – it turns out that she believes that the seat I’m sat in is her lucky seat…

…bet you’re wondering if I won? The answer is yes, I did! I bagged a very tidy £400 full house. But was it down to the seat? I doubt it very much.

Can numbers be lucky? Well, the number seven is considered to be lucky, but you don’t always win on it! And about unlucky 13; you’re not supposed to win, but I’ve won many times on 13 and I’m sure many of you have too!

All bingo websites use of RNG’s which means all gaming outcomes are fair. Independent third parties like eCOGRA test all games to make sure things are, shall we say; kosher!

Legitimate bingo sites can be licensed and regulated in many jurisdictions, which means a governing body is overseeing everything and there is strong legislation in place to protect players unless they’re blacklisted!

You’ve got to be in it, to win it! You can’t win without a ticket!

Bingo – Is it Luck or Strategy?

In a study carried out by the Nottingham Trent University in 2004 (2), the findings showed that not one person believed that there was an element of skill involved with winning a game of bingo. The majority (73%) thought that bingo was a game of luck and the remaining 27% thought it was mostly a game of chance. Further to this, 27% of players believed in winning and losing streaks, 25% always or almost always read their horoscopes, and 57% believed in ‘fate’ (i.e.; that life is already mapped out for them).

"A study of superstitious beliefs among bingo players", jgi.camh.net