Unlicensed Bingo Takes to Facebook for a Second Time 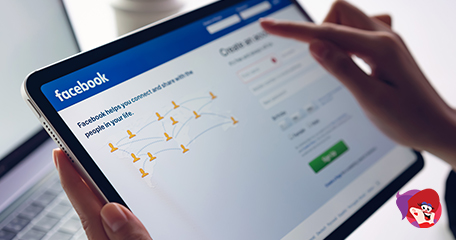 Tens of Thousands of ‘Members’ Pose an Issue!

Rogue and unlicensed bingo sites rarely make the news, the reason for this is because instances of illegal bingo are rare. When an unscrupulous website opens its doors, it isn’t long before the powers that be close it down again, but, that task can become a little more difficult when bingo games are being run on a third-party platform, i.e., Facebook.

Facebook is a great place to interact with friends, family, and companies, it’s also a great place to pick up additional bonuses such as free games vouchers (Leo Vegas Bingo and Play OJO to be precise), plus there are what seems an unlimited number of competitions to take part in too, but it’s also a place where scammers are on the rise.

If you’ve ever entered a competition on Facebook you will have no doubt come across a scammer with the following message: “you win, check my profile,” but you haven’t won because the next step is them asking you to message them with your details! Instagram is drowning in these types of accounts too, accounts with “winner’s selections. Wait for DM to claim!” Whatever you do, do not respond. A genuine competition or offer will not require payment to claim!

Social Media is No Place for Bingo!

Where was I? Oh yes, the Dutch gambling regulator de Kansspelautoriteit (KSA) have had to step in twice in less than two-months, after it was brought to their attention of an illegal and immoral bingo group on Facebook. The unlicensed bingo service group, titled Dordtse Queens, was being run by 8 administrators who were advertising the illegal bingo games via the group and via their own personal Facebook pages. It’s said the group had approximately 10,000 members!

As shocking as this is, nothing compares to the fact children were actively encouraged and were welcome to take part in the illegal games. Gambling is for adults. It is illegal to gamble under the age of 18 and there are practices put in place at reputable bingo and casino venues to ensure nobody under that age has access to gambling games. Even the National Lottery upped the minimum age to play from 16 to 18 in 2021.

…KSA instructed the to remove the pages affiliated with the group, along with the bingo group itself. Luxury Bingo and BSB Shop were threatened only in September with fines and legal action should they not remove their product from Facebook.

The Netherlands has a regulated market with 10 licenses awarded from October 1st. Only, due to a technical fault with the country’s self-exclusion rules, the launch was delayed for a further 3-days. JOI Gaming, a subsidiary of casino operator JVH Gaming & Entertainment Group, was also granted an online gambling license to provide gambling services in the Netherlands.

Why would anyone pay to play through Facebook? Especially when there are plenty of reputable bingo sites out there with proper licenses and everything. Baffles me.

Why would anyone pay to play through Facebook? Especially when there are plenty of reputable bingo sites out there with proper licenses and everything. Baffles me.

"I love paying the original but..."