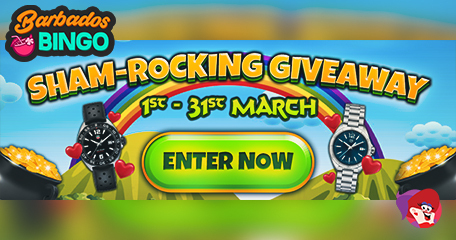 If I were to ask you what time is it – would you know? Are you one of these modern people who carries a smartphone as a watch? Times are certainly changing (no pun intended), as more and more of us steer away from traditional wrist watches in favour of a mobile phone that can do anything and everything – including tell us the time and set alarms. But we’ve stumbled on a prize we think many of our readers would love to win…and it’s marvelous!

Ever heard of Tag Heuer, the luxury Swiss watchmaker? If you’re a big football fan, chances are you’ve spotted them on TV. Founded in 1860, the company has made watches for some of the most rich and influential people in modern history, including Max Verstappen – the Formula 1 driver, Cara Delevingne the actress and model and even the late “King of Cool,” Steve McQueen.

Time is On Your Hands

To join the long line of celebrities sporting a Tag Heuer watch, all you need to do is play Rainbow Cashpots, Reel Lucky King Megaways, Book of the Irish, Irish Fortune or Shamrock Lock between now and the end of the month and you’re in the draw! One other thing, £10 will generate a prize draw ticket and every other £10 after will generate another.

The games all have an Irish theme and it’s no coincidence, it’s because St Patrick’s Day is fast approaching. All of those qualifying slots offer the chance to scoop epic wins via base game and bonus round features, especially Rainbow Cashpots with its golden pot hold and win re-spin element. Six or more golden cash pots with a collect icon landing in the same spin will kick-start the instant prize winning fun.

Reel Lucky King Megaways is packed with up to 117,649 ways to win, but the very nature of this game is to keep players on the edge of their seat for long periods, so don’t expect those mini slots and bonus spins to come round too often. Increasing multipliers, cascading reels, wilds, a gamble option and wins of up to 12,500x hide behind the symbols on this 6-reel elaborate engine.

Inspired Gaming’s Book of the Irish is the Irish equivalent of the Book of Dead, where three books open up a free game round with a specially chosen expanding symbol. Last but not least is Irish Fortune, the 2017 release with a fortune bet for an increased chance of huge wins.

You’ve read about the games, you know about the prize, so all that’s left to do is join in with the fun over at Barbados Bingo! Oh, I probably should point out that you don’t have to accept the prize if you win, you can choose the cash equivalent of £2K instead. The prize money will be credited as wager-free cash to your bankroll and from there you can withdraw.

Big prizes again! Previous prizes have seen the cash being far less than the value of the prize, so it’s nice to see the cash being the same value this time round.

Big prizes again! Previous prizes have seen the cash being far less than the value of the prize, so it’s nice to see the cash being the same value this time round.