Bingo Superstitions – Can They Really Bring You Luck? 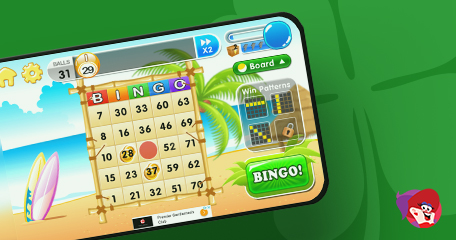 Believe in Luck and it Will Come!

Four-leaf clovers to a severed rabbit’s foot, silver horseshoes to lucky number 7, can bingo superstitions really conjure up some much-needed luck? Whether you believe in the power of lucky trinkets or not, you should always remember that playing bingo is a gamble, and there’s no guarantee of a win, but believing you have no chance of winning at all will set you off on the wrong footing, so a positive mental attitude is a must!

Can believing in the power of something be beneficial to your bingo games? Many believe so and by putting their faith into those beliefs could result in them winning big! I remember taking my driving test the first time round and as a result of being too hesitant at a junction, I failed. On my second attempt, I trusted the power of my lucky little green frog, that same green frog that sat at my bingo table when I won a £15K jackpot just a few months earlier, and guess what? I passed! Would I have passed my test if I hadn’t taken my lucky frog along for the ride? Who knows!

Very few lucky superstitions make sense, but they’ve become widely known and used throughout the world! Just how many of our 5 lucky superstitions have you heard of? If you have your own, why not add it to the comments section at the foot of the page, you never know, it could result in someone winning next time they log in to play bingo online!

If you’re fortunate enough not to have sat in someone else’s seat at a bingo hall, you’re lucky! Did you know many people believe a specific table has the power to bring them bingo winnings? As strange as it seems it’s common practice in all land-based bingo venues, so common in fact Mecca Bingo has included this within their bingo etiquette rules! “Watch out for lucky seats. Many regulars are superstitious and will have a favourite place to sit. Just be courteous and choose another spot.” Honestly, some regulars can get pretty fierce if you sit in an unoccupied seat and can get the management to forcefully eject you from said seat!

Wearing ‘lucky’ underwear dates back decades, with the earliest mention of it being sometime in the 60’s. Fast forward to the 21st century and we have companies specialising in nothing but ‘lucky pants’ designed to bring great fortune to all who wear them! In 2013, Lucky Pants Bingo launched and initially, promotions included prizes of underwear – green underwear to be precise, the luckiest of colours according to Chinese culture! As the years rolled by, Lucky Pants Bingo decided to re-shape their promotions by knocking the undergarments on the head and instead, favoured for virtual pairs of pants that trigger real cash prizes, bingo bonuses and free play rewards!

Centuries ago, people believed the left hind foot of a rabbit would ward off evil spirits, and as whacky as it sounds, ask yourself, have you ever seen a ghost near a rabbit? Hundreds of years ago, Celtic tribes believed a rabbit’s foot could bring them closer to spiritual gods, so every time they went underground in search of wisdom, they would take the severed leg of a rabbit!

Horseshoes have a long history with being lucky as the original shoes were once made of iron, and this same metal was believed to keep unholy forces at bay. There are references to the silver horseshoe being used to dispel evil fairies!

Did you know the ladybird is considered to be extremely lucky? The bright red insect with the black spots is not as prominent as it once was, which is why when they do appear, great things (are supposed to) happen! The deeper the red and the more spots, the more luck you will have!

The number 7 is said to be lucky throughout the world what with there being seven days of the week, seven colours in a rainbow and seven planets visible to the naked eye, but did you know the origin of the lucky number seven comes from the Greeks? According to the ancient Greeks, the number 7 is lucky due to its mathematical properties, calling it the perfect number, what with its being the sum of 3 (triangle) and 4 (square).

Chinese culture has its own lucky number and it’s not seven! The number 8 has long been regarded as the luckiest number throughout Asia, with its lucky properties resulting to nothing but pronunciation! “Ba” means 8 in Chinese, and this word sounds like “Fa”, which translates to fortune! Oddly enough, “Ca” sounds very much like “Fa” too, only you wouldn’t want ‘to wipe off’ your good fortune, so that’s why the word “Ca” isn’t associated with luck.

Ever been in a conversation with someone when they say everything’s going well before touching wood? This strange act dates back to the 1800’s and is believed to be of religious origin. The wood is said to be a symbol of the cross of Jesus and when you touch or knock that wood, you are asking God to bring you luck. I can’t be the only one who tap their head when saying “touch wood”, can I?