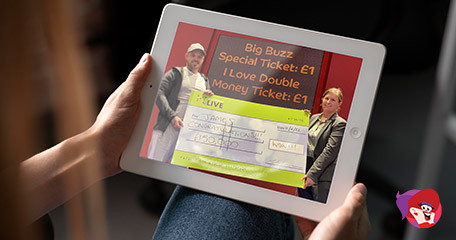 You’ve no doubt heard of the phrase “beginner’s luck” and it’s often branded around the bingo chat community when a newbie wins, but what we’re about to tell you next gives that phrase a whole new meaning!

James Foster from Warrington was bored and decided he wanted entertainment. Picking up his phone he started to search for “fun things to do in the area,” and among the many suggestions was bingo. Having found himself in a rare situation where ha was away from his children, he thought he would go play some bingo games, but he never in a million years thought he would win such a massive sum of money.

Heading to Buzz Bingo on Prince Henry Square, Cockhedge, the lucky lad handed over his credentials and registered as a new player. Up until this point he had never played bingo before. Purchasing his tickets he headed to a table where he sat waiting for the bingo games to begin and it wasn’t long before he was calling “house!”

The bingo hall fell silent while the numbers were being called and Foster interrupted that tranquil setting with a roaring shout. At first he thought he had won £50K and was absolutely delighted, but as soon as the ticket was verified he was told he had won a prize far greater - £150,000! Foster managed to do something on his first day of bingo most of us haven’t been able to do in decades of playing bingo (even online bingo!), he won a life-changing sum of money and on a whim!

Kevin Carrigan general manager at Buzz Bingo Warrington, said: “We couldn’t be happier for our lucky new member and their fantastic win. When we told him the amount he’d be taking home, his face just said it all. That Google search certainly paid off! Everyone was cheering from their seats – it was such an exciting moment.”

Chief retail officer at Buzz Bingo Peter Brigden said: “We’re delighted to see a new member win the £150,000 National Game jackpot at Buzz Bingo Warrington. The atmosphere in the club when there’s a win is always incredible, but when it’s a jackpot like this one, it’s absolutely electric! And the fact they’d only joined that day – wow! What a surprise that must’ve been. It just proves that it can happen to anyone at any time! It’s great to celebrate such a fantastic win and have the rest of the bingo community celebrate that too!”

There’s lucky and then there’s lucky and this fella should start playing the lottery! Wow! It’s unheard of to win such a large jackpot on a first trip to bingo. Yes you see a full house won by newbies, but never £150,000. Congratulations. I suspect there will be a party for him now.