I’m a Celeb Slammed as Worse Ever – Before It Gets Underway! 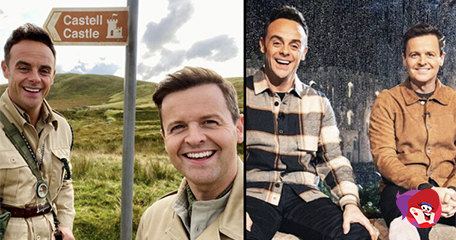 Love it or loathe it, I’m A Celebrity Get Me Out of Here is back on our screens and it’s already causing a bit of a stir. Rumours have been circulating over who will be going into the jungle…sorry, that should be an abandoned castle in Wales, and not everyone is happy about the final line-up. The 2021 cast includes Olympic diver Matty Lee, Saturday’s band member Frankie Bridge, Radio 1Xtra DJ Snoochie Shy and Emmerdale actor Danny Webb, aka Aaron Livesy.

From David Ginola to Richard Madeley, there are some big names about to battle it off for the I’m A Celeb crown, but many have dubbed the line-up this year as ‘the worse ever’ with hundreds of people taking to Twitter to ask, “who are these people?”

Win Even When You Don’t Tune In

From chart-topping singers to reality TV stars, we’ve seen it all but we’re a long way away from the days of Joe Swash, Peter Andre, Giovanna Fletcher, Harry Redknapp and Gino D'Acampo the nations favourite chef. Back for a record 20th series, the Tombola sponsored reality television show will run from November 15th to December 4th with daily challenges and eliminations, but many are calling for the ‘stars’ who are already in Gwrych Castle, to be kicked out!

Unless you’re an avid music-lover who religiously tunes into the radio on a daily basis or someone who watches sport, you may struggle to identify those in the show. It’s not all doom and gloom though. Even if you don’t watch the show you can pick up some brilliant prizes all thanks to Tombola. From getting involved on Facebook to tweeting on Twitter, there are cash prizes and other physical goods (including vouchers) to be won between now and December 4th.

Bug Match will be making a special return…

…the free-to-play daily game with a giant offer of £250K. Log into Tombola and Arcade each day to match those little critters. When you have three of the same creepy crawly, you win the stated prize. Every night at 10pm, a special draw will take place for those players who have staked £1 across any Arcade game(s) between 8pm and 10pm. Top prize each night is £5K in wager-free cash!

Will this year’s celebrities take to camp life like a duck to water or will they crumble like a cookie and head back to base? The only way to find out is to tune in! Don’t forget to follow Tombola on Facebook to be in with a chance of winning spot prizes during the ad breaks!

I’m usually a fan of the show but agree the line-up is disappointing this year. It’s like they’ve scraped the bottom of the barrel to come up with these ‘celebs’....

I’m usually a fan of the show but agree the line-up is disappointing this year. It’s like they’ve scraped the bottom of the barrel to come up with these ‘celebs’. They need more popular people in my opinion, not golden oldies.