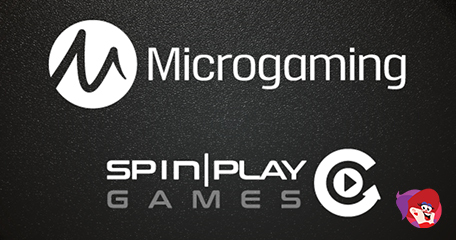 Success has been certainly been fruitful for Microgaming, but did you know that many of the awards sitting in the trophy cabinets over at their headquarters in the Isle of Man, have come on the back of partner content? And it’s thanks to exclusive supply deals (with the likes of Gameburger Studios and Stormfront) that have allowed the software giant to stay one step ahead of the competition.

SpinPlay Games, a Las Vegas-based game development studio has recently signed an exclusive deal with Microgaming to reach new gaming heights and it and their journey begins with Roman Power. It’s taken a team of dedicated mathematicians’ decades to come up with a formula to keep players engaged and this is achieved via a very intricate process.

“Joining our diversely talented network of content partners, SpinPlay Games employ a mathematics-based approach in pursuit of delivering uniquely creative and playable games, with Roman Power forming the vanguard of a feature-rich line-up of upcoming new content. We welcome the team on board,” Andrew Clucas, Chief Operating Officer at Microgaming.

Without revealing too much, SpinPlay understands what it takes to deliver a thrilling, but simple concept with whopping great win potential! The debut title is set in an era where colosseums became the birthplace of gruesome battles, so no surprise to see swords and armour occupying spaces on the 5-reel, 20-win line engine.

In all the chants and nail-biting action, a crowd hopes for a hero to rise from the flames and that hero can be found upon the reels of the Roman Power slot machine. There is but one gladiator wild on the reels and when he lands, he could expand to fill the entire reel in which he sits for epic winning possibilities!

Not only that, but the wild hero also brings with him multipliers of up to 10x and this sum isn’t applied to your stake, but to your winnings! Wilds falling as part of a large paying win line can see that sum boosted up to 10x its usual value – which is what we like to hear! Available on mobile and desktop, we’ve a feeling this title is going to bring out the inner warrior in many a slots lover.

Anton Kuhlmann, CEO at SpinPlay, expressed how grateful he (and his team!) were at being able to work with a leading software provider, and also revealed there is a second slot on the cards already! “Collaborating with Microgaming is a real honour, and we are extremely proud to join its line-up of world-class content partners. We focus on holistic design where our themes, sounds and animations come together with our fine-tuned math models to deliver fun and rewarding gameplay experiences.

Our debut title Roman Power is a high-volatility game with both theme and math targeted at more experienced players. This game offers huge win potential on every spin through the combination of stacked symbols, expanding wilds and multipliers. We look forward to releasing additional exclusive titles, including our second game Almighty Aztec, through Microgaming’s leading content aggregation platform in the near future.”

Simple games with a few thrills can be great fun. Just look at Starburst by NetEnt, all it offers is a re-spin wild and it’s always featured in the top-rated slots.

Simple games with a few thrills can be great fun. Just look at Starburst by NetEnt, all it offers is a re-spin wild and it’s always featured in the top-rated slots.