Play’n GO: A Trio of New Slot Releases to Try 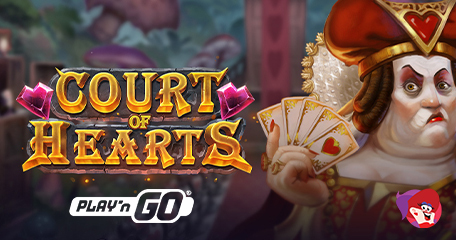 All good bingo sites cater to the masses with a games lobby packed full of both bingo and games. Being able to switch between the two or play them at the same time is what makes playing online so much fun, but even I can become tired of playing the same old games. Brand-new games roll off the conveyor belt at an unprecedented rate, so the gaming community (you!) get to play something new and exciting, and Play’n GO is just one of those software developers who know how to deliver the ultimate title.

In the past few weeks, we’ve seen a total of three slots emerge from Play’n GO HQ and two just happen to be fun-filled sequels to video slots we have already had the pleasure of playing. The first was a new entry into the joker series; Fire Joker Freeze, with both hot and cold elements. Fire Joker and Iceilia, the Ice Joker, bring their unique skills to create one heck of an entertaining slot without losing the classic fruit machine concept.

The previous release saw the fire joker offer a reel re-spin when two stacks of identical symbols landed on the 3x3 grid. If a third reel matched, his multiplier wheel came into play. Well, that’s still very much the same in the new release only Iceilia can freeze reels, trigger re-spins and upgrade multipliers when the wheel is in play.

If Play’N Go are known for one thing, it is their collaborations with rock bands. In the past they have teamed up with Helloween, Saxon, Testament and Twisted to bring a rock ‘n’ roll style of gameplay with some incredible features. It’s been a while since we saw a slot game of this nature from the Swedish developer, but now we get to witness their talents once again in new HammerFall; the video title based on the 90’s band from Gothenburg, Sweden.

Instead of a 5x3 (or similar) slot with win lines and ways to win, you have a cluster pays grid where wins are triggered on clusters of matching symbols. The soundtrack comes from the band and there are some pretty nifty features to benefit from when the hammer gets fully charged (wins boost the hammer).

Not into rock music? You can either turn down the volume or try their other release – Court of Hearts, the follow-up to 2020’s Rabbit Hole Riches, which happens to be based on the fictional country in Lewis Carroll’s Alice in Wonderland novel, and the story begins at the trial of the Jack of Hearts with both the player and the accused sat before a judge for a crime neither has committed. You must help the Jack of Hearts prove his innocence for a share of his compensation! The grid has been boosted from 3x3 to 5x3 and now offers a cascading reel engine as well as free games with an increasing multiplier.

CEO of Play’n GO, Johan Törnqvist, revealed that the reaction to the first game made the decision to create a sequel an easy choice: “The overwhelming reaction to Rabbit Hole Riches, in particular, the praise for its design and narrative, meant we simply had to continue the story. Lewis Carroll’s works have been reimagined several times throughout the years, so we felt it important to establish a distinct world for our creation and produce something truly entertaining, both visually and in gameplay.”

All three are available to play at Play’n GO powered bingo sites.