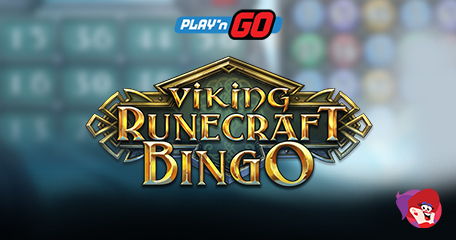 Three new gaming releases to tell you about this week, and three just from the one developer – Play’n GO! Having promised 52 new slot titles in 2020, just how close is the Swedish software developer to their target? Extremely close! Titles 43, 44 and 45 are now available to play and each one delivers a different theme and thrilling bonus features.

Rise of Athena is one of those and it’s a stunning representation of the Greek Goddess of War, who just happened to be Zeus’s favourite child! According to legend, Athena was born of no mother; she was spawn from Zeus fully grown, and fully clothed in armour, making her quite the child. You’re invited to harness the wisdom of the goddess in this 5-reel, 10 win line slot game, where wilds, wild multipliers of up to 3x, free games and sticky wild multiplier aim to boost your bankroll by as much as £500K!

Combination of Slots and Bingo

Is release 44 of 52 a slot game or a bingo game? It’s a bit of both as Play’n GO unleashes a double dose of fun in Viking Runecraft Bingo! Based on the hugely popular 2017 release Viking Runecraft, players can net epic wins with the help of the Nordic Gods Odin, Thor, Frey and Heimdall. How do you play? Styled in a similar format to 90-ball bingo, Play’n GO’s online bingo vertical offers many different ways to win by matching lines of numbers. Add in additional balls (at a cost), free balls and one of four bonus rounds, and you’ve got a bingo game with a difference!

CPO Martin Zettergren had this to say on multiple releases in such as short space of time: “This isn’t the first time we’ve had multiple releases on the same day; we have built ourselves into a position where it is well within our capacity to deliver more than one high-quality title into the market simultaneously. Of course, these are two different games giving two different experiences, giving more new options for operators to entertain their players, and that’s what it’s all about.”

24K Dragon is the latest – number 45 of 52 and it offers the potential for expanding reels and thus increasing the pay ways from 1,028 to 8,192! 3D animation guarantees the symbols to leap from the reels, but that’s not all, you too could be leaping with excitement if you happen to land the jackpot of up to £2.4m!

Set in a fury furnace known as the dragon’s lair…

…a pair of mythical beasts will do anything to protect their haul of gold. Now, I know magpies are known for gathering silver, but I never knew dragons had a gold-hoarding problem! Anyway, you’ll get a shot at winning all this and more through fun-filled features. Diamond scatters award free games where an unlimited number of additional spins can be triggered. Gather those dragon heads and watch as the reels expand before your very eyes! Treasure wild multiplier and re-spins all aim to please in this highly volatile new release.

I’ve played the other slot/bingo games from Play’N Go and have to point something out – these games are notoriously fast, so look after your budget!