The Best Halloween Themed Slots to Play This October 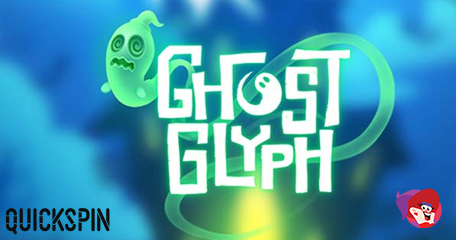 However you say it; Halloween, Hallowee’en, Allhalloween, All Hallows' Eve, or All Saints' Eve, it’s a celebration observed in many countries around the world and it’s an event many of us look forward to, but have you stopped to wonder why we celebrate Halloween each and every year? There is some history behind October 31st, and the history is very different to what we celebrate today. The tradition originated more than 2,000 years ago with the ancient Celtic festival of Samhain which consisted of bonfires being lit and people wearing costumes with one goal in mind; to ward off ghosts!

Over the years, the tradition has evolved (as we have) and now involves pumpkins, lanterns and more of a gruesome theme than the original with the more blood, guts and gore the better! It’s not only children who get dressed up as spooky creatures, it’s adults too! Only the children head off out on a trick or treat adventures in the hope of returning with baskets full of sweets while the adults get dressed up to get tanked up! It’s all fun and games and there’s no expense spared with every house decorated in some spook-tacular form or another and plenty of treats for all!

Like most traditions, there’s a slot game (or many!) to keep the fun going and you have the option of playing them all-year round! The biggest thrills and excitement come with the build-up and there’s no better time to play Halloween themed slots than October! But which ones are the best? Which slot games offer the biggest wins? Are there any based-on horror movies? Stay with us as we reveal the top 10 Halloween slots to play this October! 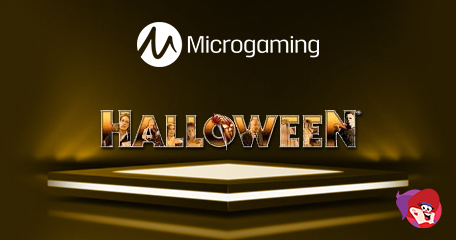 #10: Ghost Glyph – The Quickspin powered grid-based slot with a lot to offer beneath the grounds of an old haunted house. Summon the spirits to unleash their very own unique traits to benefit from wilds, bonus spins, cluster pays and spook-tacular wins at Buzz Bingo from as little as 20p a spin!

#9: Ghostbusters Plus – Take a trip back in time to 1984 American where Dr. Peter Venkman (Bill Murray), Louis Tully (Rick Moranis), Ray Stantz (Dan Aykroyd) and Winston Zeddemore (Ernie Hudson) with the help of Slimer, aim to rid New York City of ghosts once and for all! In the process, you can help clean up the city street and clean up with wilds, bonus spins, a level-up feature and more, courtesy of Playtech!

#8: Book of Halloween – Powered by Inspired Gaming, Book of Halloween is the spooky equivalent to Book of Dead by Play’N Go, with a bonus spins feature almost identical to that of its ancient Egyptian counterpart! A trio of Halloween book symbols will launch 10 free games with a special randomly chosen symbol to become an expanding symbol. The more of these special symbols present, the bigger your wins!

#7: Pumpkin Smash – This Yggdrasil title is a combination of Halloween thrills and excitement from the Mexican Day of the Dead holiday, with a pumpkin smash bonus, bonus spins with accompanying multipliers and wins of up to 36,000 coins! The soundtrack is more uplifting and is typical of Mexican culture, and the wins are hot – so hot in fact you could be landing a life-changings um from the smallest of stakes! 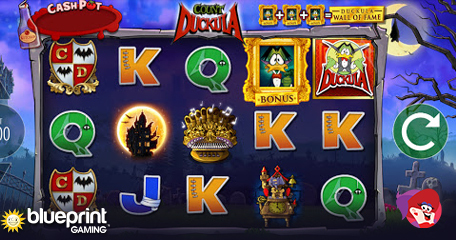 #6: Count Dracula – If Blueprint Gaming are famed for one thing it’s their randomly triggered features and Count Dracula is packed full of them! This nostalgic themed slot will take you back to the 80’s to TV’s comical vegetarian vampire duck; the years may have rolled by, but this is one duck that hasn’t aged a bit! Featuring the iconic Jackpot King progressive bonus means the ability to trigger one of three progressive jackpots on any spin – and it’s all real money! Plus, there are random bonus rounds, bonus spins, wilds, multipliers and more to trigger as you play!

#5: A Nightmare on Elm Street – Freddy Kreuger is back for revenge and he’s looking to slash as many victims as he can, but he can only attack when they sleep, so best try and stay awake as long as possible! While you slash your stakes, Freddy will be hunting down his victims, all those victims from the modern remake movie and as the characters fall into win lines, they come alive – but not for long! Features include blood-curdling screams as well as free games, multipliers and huge win potential with its progressive jackpot element! And it’s exclusive to 888 Ladies Bingo.

#4: Lucky Little Devil – This Cute Red Tiger Gaming powered slot offers four jackpots; a base game and three progressives and you’re invited to take a red-hot spin for mischievous wins. The little devil is cute not terrifying and he aims to unleash as much cash into your bankroll as possible through bonus spins, mystery symbols, linked reels, wilds, a randomly triggered feature and a win both ways reel engine! 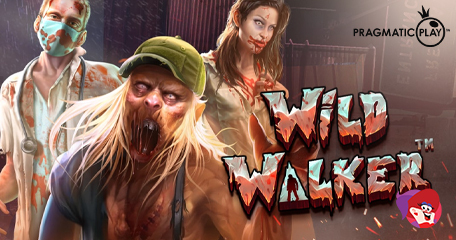 #3: Wild Walker – Having only just been released this month, Wild Walker has done well to feature on the list at all, let alone in the top 3! The 5-reel slot is packed with zombies in a post-apocalyptic setting and unlike other slots, this one features wandering expanding wilds for huge win potential! Trigger those bonus spins and watch as the reels open up from 5 to 8 to benefit from up to 4 locked wilds on reels 1, 2, 3 and 4 with additional wandering wilds for catastrophic wins!

#2: Gremlins – I’ve always been unsure of the genre of this one; is it Halloween or is it Christmas? I think it’s a bit of both to be honest and it’s no surprise to see Gremlins coming in the top 3 of the best Halloween themed slots. This 80’s inspired video slot stirs-up all those memories from the cult horror classic movie through fun-filled features. Set in Billy’s bedroom, the mischievous and destructive creatures are looking for revenge – and you’re looking for big wins. Special features include: Stripe wilds, bonus entry, freebie bonus, splashing wild bonus spins, Gremlin link bonus spins, avoid the sun bonus spins, Gizmo box hunt and no more cash after midnight!

#1: Halloween - The Microgaming powered video slot takes the coveted top spot in our list of spooky titles, with an iconic soundtrack, immersive features and characters from the original 1978 horror movie. Michael Myers after brutally slaying his 6-year old sister is out for blood after escaping from a (not-so) secure psychiatric unit, and he aims to get as much of it as he can. Donald Pleasence (Dr. Sam Loomis), Jamie Lee Curtis (Laurie Strode), P. J. Soles (Lynda Van Der Klok) and Nancy Kyes (Annie Brackett) are all on his victim list and while the spine-tingling soundtrack plays out, Myers can be seen lurking behind the victim’s home! Bonus features include colossal symbols, wilds, bonus spins, a trick or treat wheel, multipliers and a boogeyman bonus, making it a must for all horror-movie fans!