Turkey and Tinsel Themed Slots to Trigger the Festive Spirit 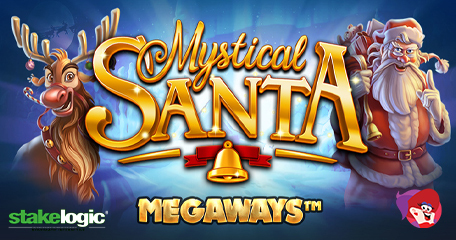 We’re on the final stretch – Christmas is almost upon us and in an attempt to get you into the festive spirit, I decided to do a list of the very best holiday themed slots, so here we are! Whether you’re been naughty or nice, Santa Claus can deliver prizes of epic win potential and as ever, you’ll not need to break the bank to stand a chance of winning! Mega multipliers and jackpots can be won from the lowest of stakes – take it from me, I won over £2,500 from a 20p bet and I’ll never go back to betting big stakes again!

A sled-load of gifts wait to be unwrapped in the Mystical Santa Megaways title by Stake Logic and you’ll even get the help of an enchanting elf to hit additional wins. Styled very similar to most Megaways powered slots, this jolly-good release takes you into the heart of Lapland where the snow on the ground can reach astronomical heights – same goes for the wins hiding within the symbols on the reels!

Utilising a cascading reel engine means the potential for more than one win per spin and for times when the symbols are just not falling right, the enchanting elf could appear and launch many a mystery symbol for guaranteed wins. Another gift to keep your eye on is the jack in the box wild; a pink little icon with multipliers of 2x, 3x, 5x or 10x. Bauble wilds are present (no pun intended!) so too are Christmas trees, only you’ll need at least four of them to enter into the bonus spins round.

Twelve free games are awarded on 4 Christmas tree symbols with an additional 5 free games added for each additional scatter. Mystical Santa Megaways may have all the hallmarks of the usual Megaways slots, the bonus spins feature is completely different to what you’re probably used to seeing! Instead of an increasing multiplier on every win, a random multiplier between 0x and 5x is chosen prior to each spin, which means it never goes beyond 5x. To help boost that win meter, the elf can appear with his modifiers, but it’s not guaranteed. Will the elf. Make your big—win dream come true? Head to LeoVegas to find out! 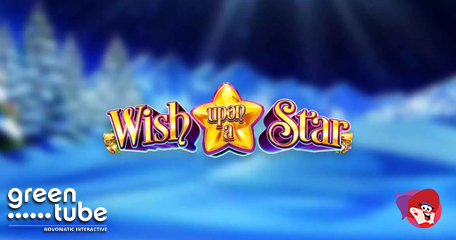 One of my absolute favourite games to play is Wish Upon a Star by Novomatic (GreenTube) – not only does this festive number -.html it have free games, instant pick and click wins, multipliers, stacked symbols and regular base game wins but a re-spin and win bonus with 4 pre-set jackpots! And I’ve had the top one! The 5x3 grid is made up of all things festive with candles flickering in the breeze, candy canes and even a lady elf! Stacks of gifts will launch the click and pick bonus; will it be a cash prize, free games or one of those jackpots? Nobody knows!

Big fun comes with the…

…free games; a feature where a trio of bonus icons will launch plenty of fun with multipliers guaranteed on every win. Six or more dazzling star symbols will activate the lock and load feature where all prize values are held in place while the remaining reels spin. You’ve three re-spins to gather as many star values as you can and each time a new star drops, the re-spin meter resets to the maximum of three.

Jackpots include mini, minor, major and grand – any of which can be won via the pick and click gift feature or by spinning in those stars. If you’re lucky enough to fill the entire reel engine with stars, not only will you win each value shown (15 cash prizes), but that grand jackpot! I was playing a £1 bet when I happened to fill the slot machine with stars. My prize? £200 grand jackpot and £159 from all those lovely stars! Will the stars align for thee? Find out at Mecca Bingo! 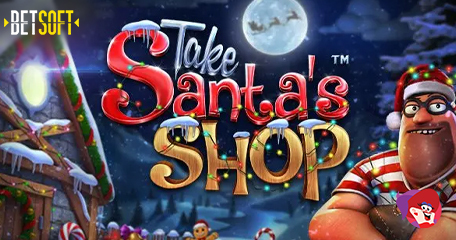 Jingle All the Way (to the Bank!)

You may remember me teasing of an upcoming slot a few weeks ago – Take Santa’s Shop? No? Well, Betsoft’s much-loved opportunist thief is back only this time, he’s leaving the banks alone in favour of bigger gifts – in Lapland! Take Santa’s Shop is finally available to play at Bet365, along with another enchanting release of theirs – A Christmas Carol, so let’s take a look at both.

Take Santa’s Shop is a delightful release packed with base game wins, bonus spins where you need to escape the big guy in red (not the law) and an explosive bauble wild feature. Every tenth spin, any wilds gathered will become explosive wilds for equally explosive wins, so the more Thief symbols you land in those 10 spins the better! Or, to skip straight to the smash and (cash) grab action, you can buy 5, 7 or 10 exploding wilds with free games on any spin!

Relive Dickens’ Classic Tale with stunning 3D, cinematic graphics in A Christmas Carol by BetSoft, where players will get to witness more than just the ghosts of Christmas past, present and future coming to life! The miserly Ebenezer Scrooge, a wealthy man renowned throughout the lands for his mean attitude sits beneath a single candle for warmth when all of a sudden, his dead business partner appears with a warning…you know how the story goes so let’s just focus on the features!

Golden coins, gifts, bells and card values designed to look like gravestones find themselves among the prize paying symbols on the reels, with golden turkey wilds and a trio of iconic spirits. Three or more Christmas ghost symbols will award 3, 6 or 12 free games – each spirit bringing his own special touch. Will you help Mr Scrooge change his ways (to pick up a fortune) before it’s too late?

There are many more bonus-packed titles to take your pick from including Santa vs Rudolph by NetEnt, A Christmas Carol Megaways by Pragmatic Play, Merry Xmas by Play’N Go, Yule be Rich by 1x2 Gaming, Merlin’s Magic Respins Christmas by NextGen Gaming, A Tale of Elves by Microgaming and Christmas Cash Pots by Inspired Gaming. Which will you play first?