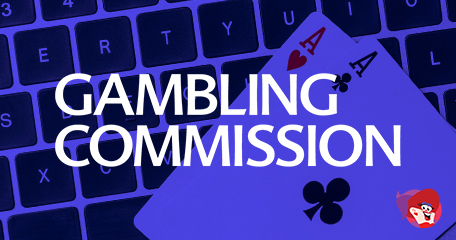 In March 2020, the UK Gambling Commission (UKGC) suspended the license of an Isle of Man-based lotteries website due to several concerns. As soon as the investigation began into IMME (lotteries.com) operations, no further bets were able to be made on the website. Twenty-one months later and the UKGC have concluded their investigation by publishing their findings, and it makes for some interesting reading!

Then There Was More!

More failings came when IMME was unable to supply adequate evidence to satisfy the UKGC’s safer gambling https://latestbingobonuses.com/news/a-bingo-reminder-keep-it-fun-and-safe-with-our-bingo-quiz procedures. There was also no record of any interactions between the company and a 78-year-old customer who had spent £63,951 in just a three-month period. The final social responsibilities failing was in relation to a 74-year-old who was able to deposit £9,379 in an 8-day period without adequate responsible gambling interaction!

Then came the money laundering failures:

Helen Venn, Commission Executive Director, said: “We will not tolerate gambling businesses behaving in the way IMME did. Gambling operators in Britainhttps://latestbingobonuses.com/reviews/country/united-kingdom must follow our social responsibility and anti-money laundering rules, and a failure to do this will lead to us taking tough action. We suspended IMME’s license following initial concerns and - having delved even deeper into the business’s activities - discovered failures that would have inevitably led to complete license revocation had the operator not surrendered it. There is no room in Britain’s gambling industry for operators who fail in the way IMME have.”

As of December 23rd, a message on the lottery website reads:

“As you are aware, due to the suspension of our lottery betting license held with The UK Gambling Commission we have not been able to take any bets from our customers since March 2020, Discussions have been ongoing, however due to the length of time it has taken and the costs involved, we have made the difficult decision to surrender our license.

If you have an outstanding balance in your Lotteries.com account, you may contact our Customer Service Dept to arrange to have your funds returned to you promptly. Please note that all balances will be donated to a UK charityhttps://latestbingobonuses.com/news/what-is-charity-bingo-and-where-can-you-play if we do not hear or are unable to contact you by 20/03/2022.”

Clever of them to surrender the license because that way it looks like they’ve done nothing wrong – if the UKGC had taken it, they look guilty.