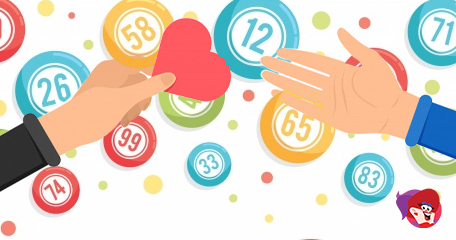 Chris Forster from Woolston, the son of former Warrington Wolves’ legend Mark, decided to dabble in social media bingo a little over a month ago and I bet he’s mighty glad he did! What seemed like a good idea at the time resulted in being a great idea after his recent sessions have amassed more than £23K for charity!

What started out as a bit of fun to help a charity close to his heart has become an internet hit. St Rocco’s was set to lose so much but caring Mark stepped in with an idea for virtual bingo – who do you ask? Because this same charity helped care for his aunt and grandad.

The first game raised £3K and this was a surprise to everyone involved. The second game doubled to £6K and now, thanks to becoming a global success with online bingo dabbers tuning in from all over the world from the US to Ireland and everywhere in between, St Rocco’s Hospice has the sum of £23,439.82 whinging its way to them!

A spokesperson from St Rocco’s said: “We’d like to say a huge THANK YOU to Chris Forster whose regular bingo night has been a massive success, raising £6,417.50 last Friday alone! This means that Chris’ running total that has been raised through this fundraising total stands at a whopping £ 23,439.82!

This is an absolutely jaw-dropping amount to have raised during this time and we cannot stress how far this will go in helping St. Rocco’s to continue to provide care and support to those who need us most.

Thank you also to everybody who has taken part in the bingo nights, it’s so lovely to see so many people in Warrington showing how much they care. As you can see from these pictures the bingo has been a success for all age groups and is even an excuse to dress up for some.”

Room for One More?

The next bingo session is scheduled to take place in early July, and you can only take part by being part of their special Facebook group. Tickets cost £5 each and there are lots of prizes to be won! Every single penny raised will go directly to the hospice – no exceptions. The social media group was created little over two months ago and has attracted more than 2,800 members.

In the last month, an additional 1,000+ players have joined just to take part in the bingo games. The only one that’s missing is you! Will you be there in July? We hope to see you!

I never seem to find these bingo games on Facebook but now I know where to look, so thank you. I’ll be at the next event!