Players have had trouble with Lucky Ladies Bingo.
It has been BLACKLISTED.
We suggest you try one of the sites listed below or continue at your own risk.

or continue to Lucky Ladies Bingo

Players from United States are Not Allowed

0 comments / 7 votes
Lucky Ladies Bingo Is Blacklisted - Play At Your Own Risk!

Perhaps once upon a time ladies and gentlemen alike could consider themselves lucky to play at this site, but today you can consider yourself lucky not to even have heard of them. Lucky Ladies Bingo is blacklisted and will remain so for a variety of reasons. The site currently only operates under a UK license, though they previously held other licenses too.

The usual downwards spiral of diminishing returns caused by bad business practices is starting to hurt the site. These tend to be common problems across all sites that belong to the same bingo network. Rather than keeping up with the competition, they are taking last-ditch actions to profit as much as they can before they drive away the last of their partners and customers. Suffice to say, you should never head to this bingo site.

As you might know, we are no fans of the Cozy Games Network. Especially since they were acquired by GVC, which is another company that has a long history of running sites to the ground. Their integrity and trustworthiness aren’t really even worth speaking about, since their basic model of operation is to take over new sites and then disregard any and all deals, commitments and partnerships they have previously held.

Their main purpose of cutting costs at any cost obviously ends up with the partners and players footing the bill. There’s nothing positive to say about this, as it more often than not results in negative experiences all around, including destroying the original brand completely.

Having reviewed player complaints it’s clear to see that there isn’t much positive to say about Lucky Ladies, and perhaps never was. Whether it’s our readers or other players, the experiences at this site have been overwhelmingly negative. Especially for those players who manage to win something. Bonus terms and conditions are constantly used, especially the small print, to deny any wins and withdrawals. And if all else fails, the customer support simply falls silent, leaving you unable to take matters any further.

The only conclusion one can draw from all of the above is to avoid this site like the plague. Do not enter, do not register and do not deposit. This same warning applies across their whole network, which has fallen out of favour with players and all their former partners. Head out to other bingo sites for a reliable and trustworthy bingo experience. 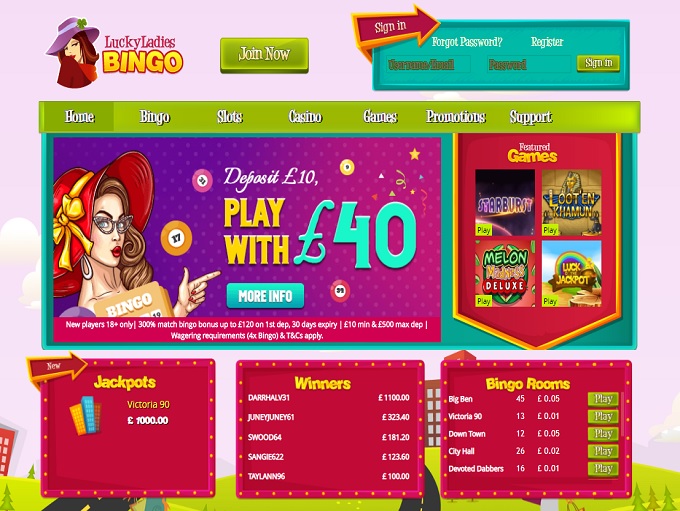 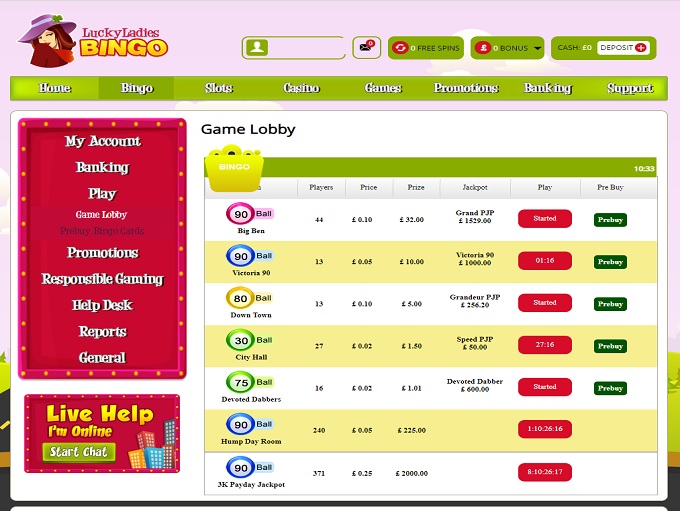 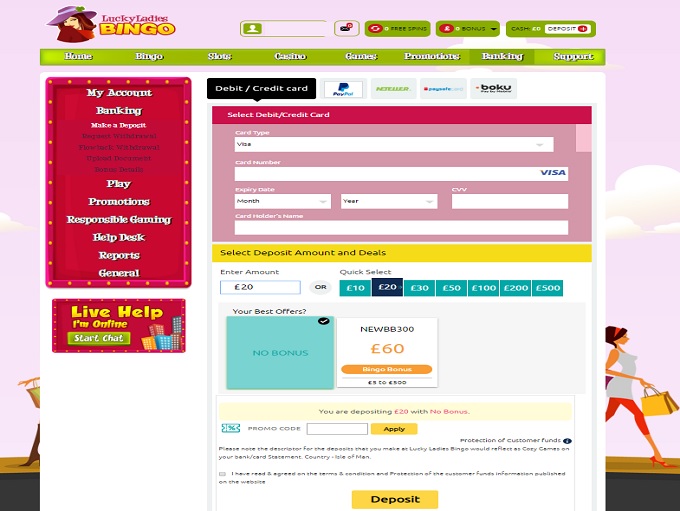